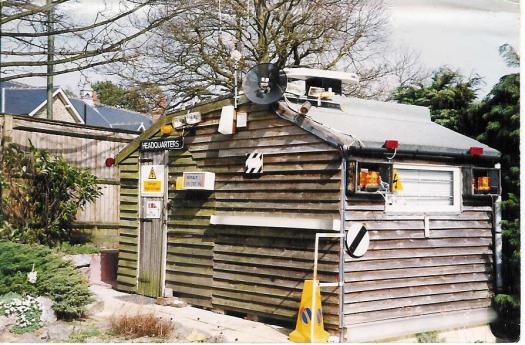 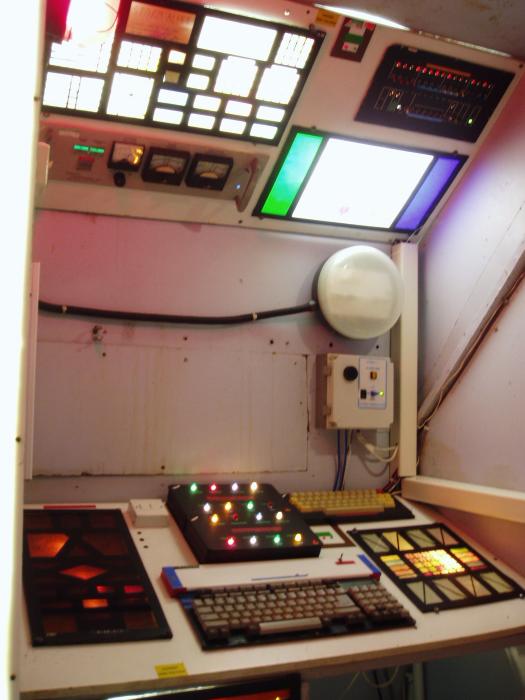 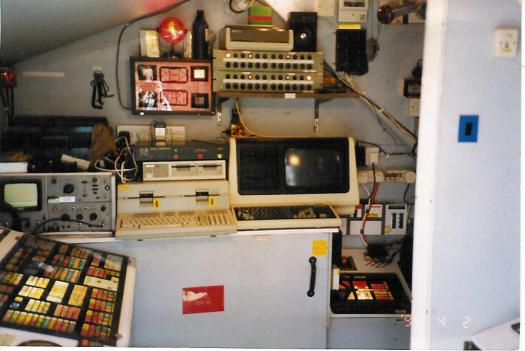 All photos are copyright of the sheddie Stuart Mantle

Called The T.A.R.D.I.S it's like walking onto the bridge of the Start Ship Enterprise!

Its an unusual place, was rather famous for it at school and its still a local landmark now, looks more like the Star Ship Enterprise than the TARDIS, I spent all my childhood up there from 1987 till I left school. The place has not been used now since about 1996, the stereo equipment has all been taken out and its full of junk, Supra junk mainly! Its something a bit special always goes down well with the kids at parties! The TARDIS had its 3 mins of fame in october 2004 when it appeared on the home and leisure chanel as a shed of distinction!