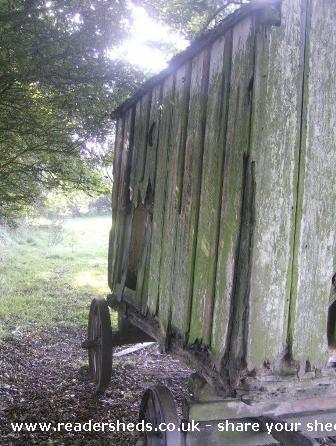 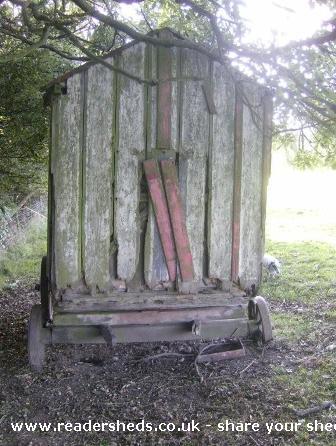 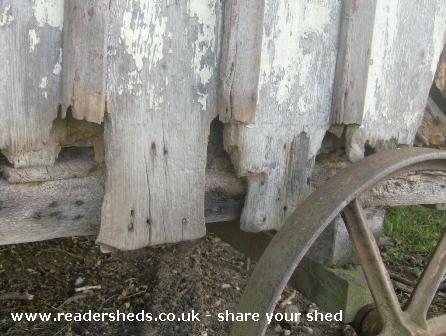 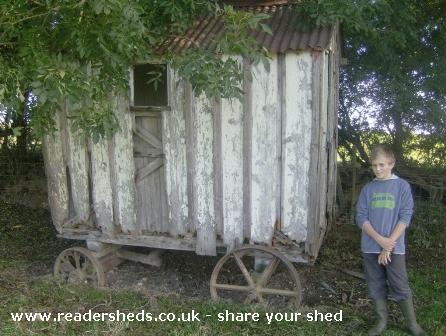 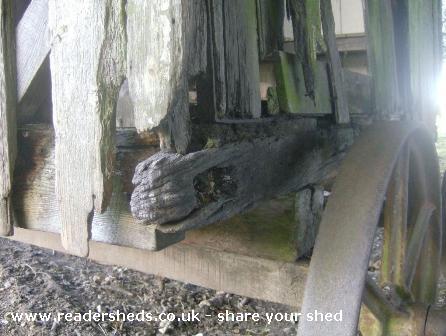 All photos are copyright of the sheddie Richard king

Harry the Hut is a very special Shepherds Hut.He is one of the oldest I have seen. He has sat in a field of sheep and cattle for 32 years in one go.I would make a guess he dates from early 1800s.He has almost fallen to bits but he has a timber lined skin inside which is holding him together...A lot of Harry has been eaten by hungry sheep and bored cattle who had made a tidy job of taking him apart..We have saved Harry just in time and he is waiting for some repairs so he can get mobile again..

The front cast iron wheels turn on a wooden (oak) axle.That is the bearings are wood..The wheels have a very large hole in the middle to act as a bearing surface which runs on the oak axle.These still turn and support Harry..The rear axle is a later replacment and are like most huts with cast iron wheels running on a steel stubb axle bolted to a timber cross beam.. One reason I had to save Harry is the secret he hides..If you get underneath and run your fingers over his lower portions..(Which he likes)..you will find he is real magic...All the timber is polished and rounded to a smooth as silk finish from all those years of sheep rubbing on his underside..This is a good indicator of his age and make me wonder how old he really is....The earliest record of a Hut like this is 1546...yes 1546...could Harry be as old as this???...who knows..see more of Harry and his friends at "Thurgarton Iron Works"..he has loads of pals to play with...