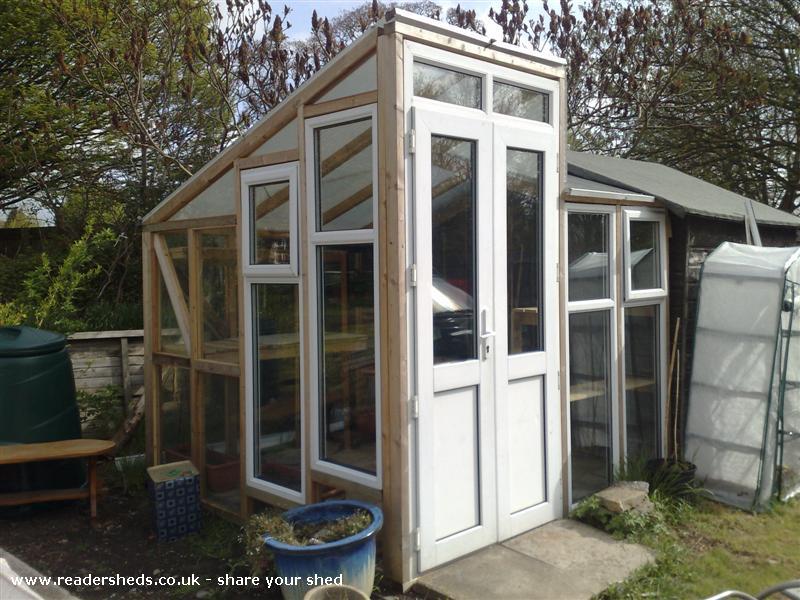 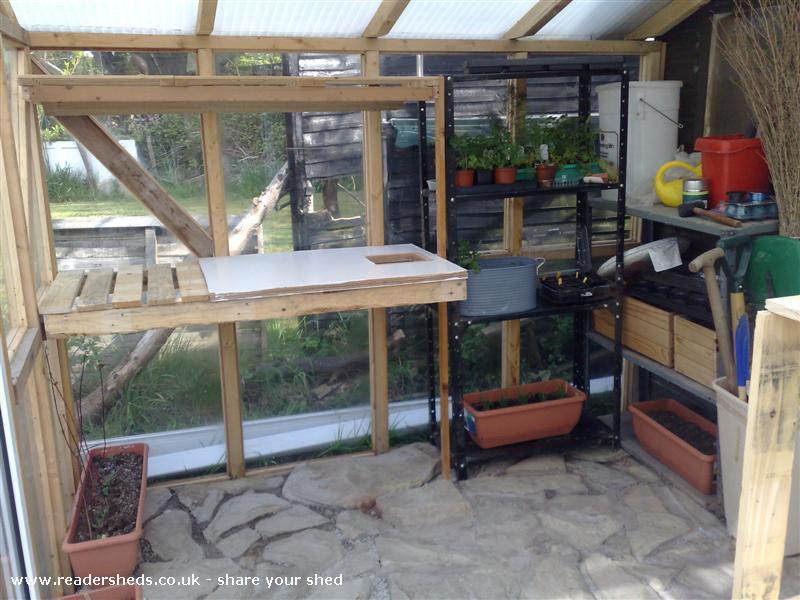 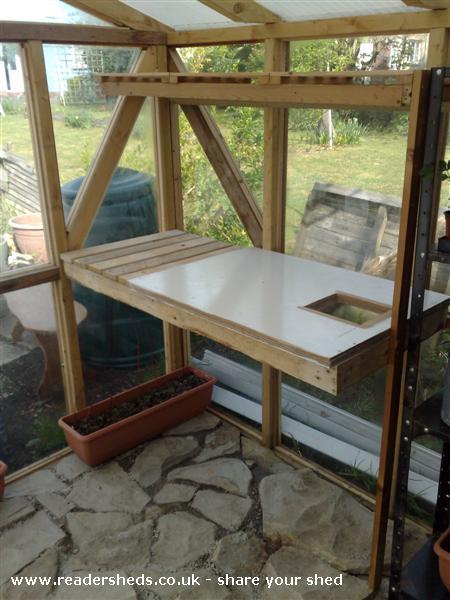 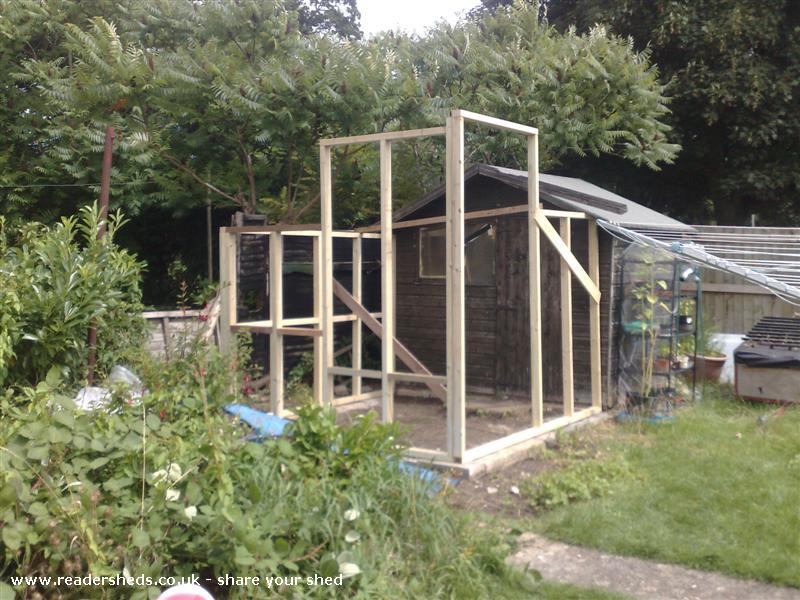 All photos are copyright of the sheddie Andrew Gowland

This is a greenhouse extension to an old shed. It is based around pvc baywindow/french door set and some triple wall poly carbonate from a conservatory roof. Whilst framing up, I got wind of some high quality secondary glazing that was going to be tipped. This meant the greenhouse could be fully glazed where it was going to be pertially timber clad.

The foundations and floor were built out of bits of stone and concrete that were dug out of our garden. the built in shelves were constructed out of a couple of large pallets. the gutter on the back was taken from a conservatory and provides water to one of our water butts.

So... a freegan greenhouse, what is one of those?

and what's freegan when its at home?

freegan is defined as "Somebody who abstains from contributing to the economy and salvages society's wasted... resources rather than purchase more themselves."

so I built a greenhouse out of bits and bobs that would otherwise be thrown away. The starting point for this was a pvc baywindow/french door set and some triple wall poly carbonate from a conservatory roof, I have had to buy the timber for the structure, some concrete and the fixings but everything else was free... honest!