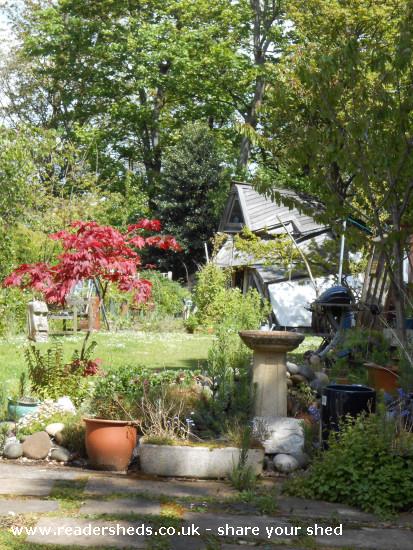 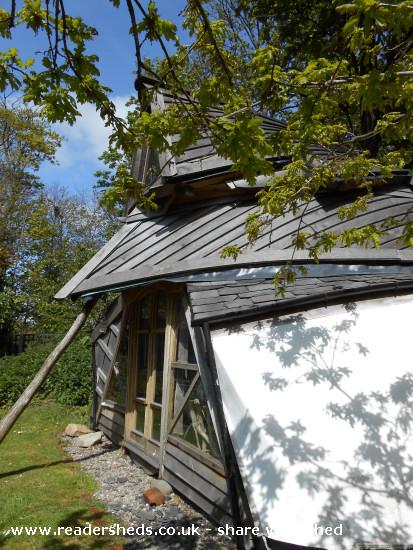 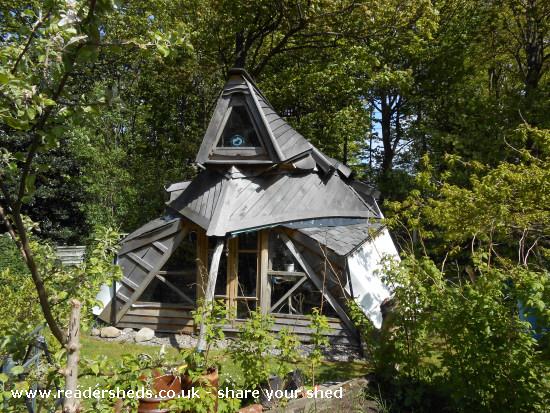 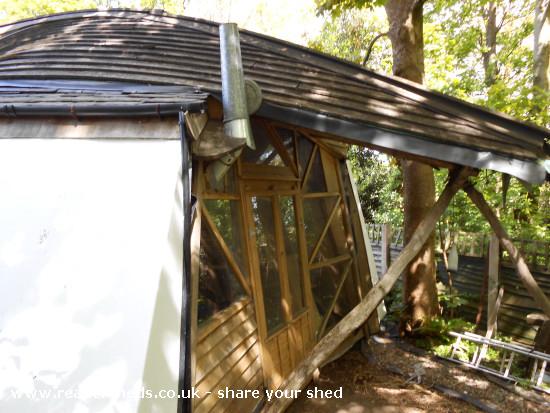 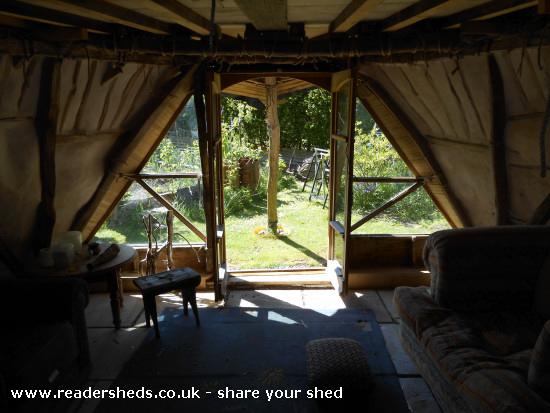 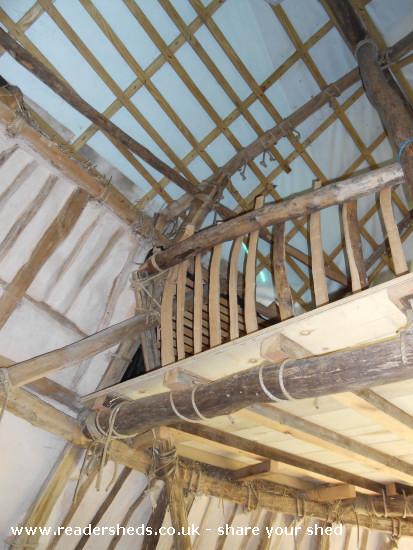 All photos are copyright of the sheddie Jo Candy

Framed with Oak and Silver Birch saplings, hand stripped, split and barded with froe, adze and an draw knife (made from an old piece of sword) and roped together, this hut has been under development for some time, and will no doubt carry on that way for a while. It is virtually in-completable, as it is continually evolving. The roofs are green oak weatherboarding, while the walls are straw bales, lime rendered on oak lathes externally, capped with slate and plastered internally. The floor is stone (sadly Indian), on a gravel bed, over a damp proof membrane. Although begun as an low energy, high innovation, project some small technologies have been included, for peace of mind; vapour permeable membranes, synthetic hemp rope, etc. It is totally dry an has been slept in on a number of occasions. Soon the upper sleeping platform will be ready for use. It is very definitely a warm, comfortable and comforting space.

The result, so far, is nothing at all like that originally envisaged. It began with a rough plan that went immediately out of the window when the first logs were tied together. Since then the shed has defined its own path and truly become a boat crash. A 15' trampoline was used as a working platform around which foundations (holed buckets filled with cobbles) were arrayed, and against which the logs were leaned and then roped. This provided an unreliable foothold, but a comfortable fall. The frame was formed as four three legged teepee style tripods, which were then tied together by bent split logs. These were pre-bent while green, using rope and short lengths of log, a bit like a bow (a lot like a bow, I discovered, when I fired a 4" log into my foot). The time spent preparing the wood was a major problem, next time I'll get the saplings stripped. Splitting with a froe is very unpredictable, the oak seemed easier than the silver birch. Working with green oak is marvelous, but if left to dry out, it goes all over the place. Once bent, green oak is happy. Working with straw is very unpleasant and messy. I'll be clearing bits of straw out of here (and my hair) for at least the next ten years. I had help from a variety of characters, Tony (mohican) and Howard (metal working wood turner) in particular. Rob, an ex-neuro-scientist turned plasterer, did a perfect job on the external rendering. I plastered internally (never again).