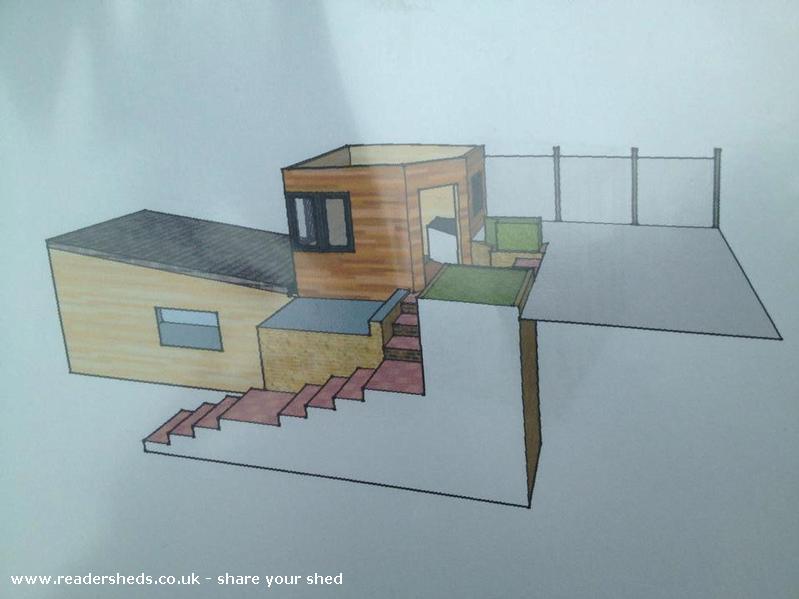 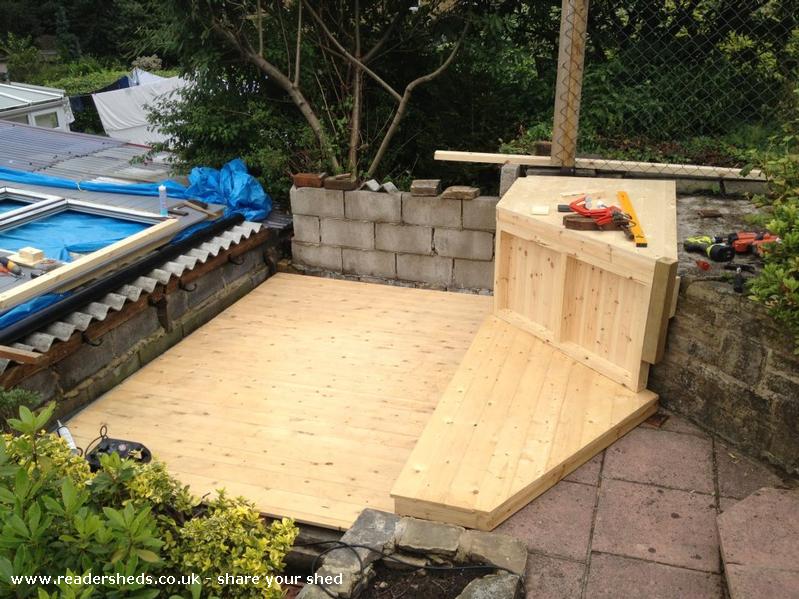 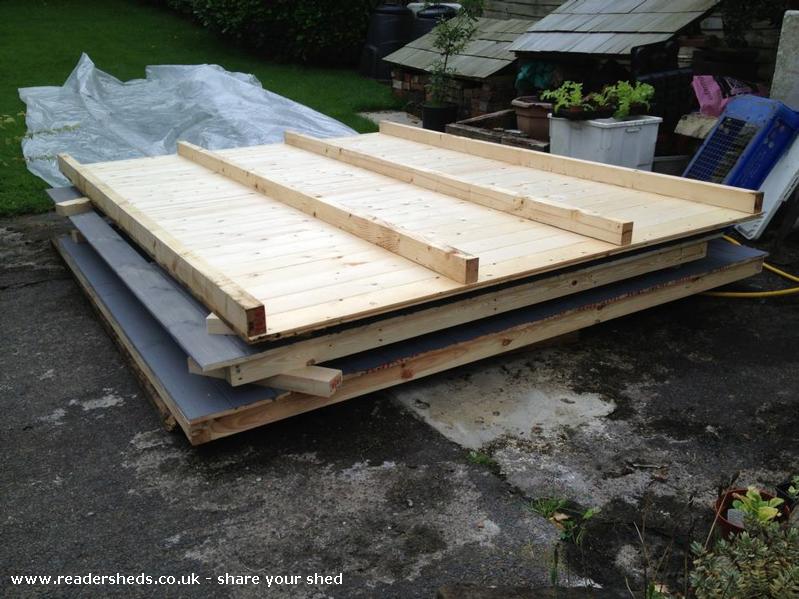 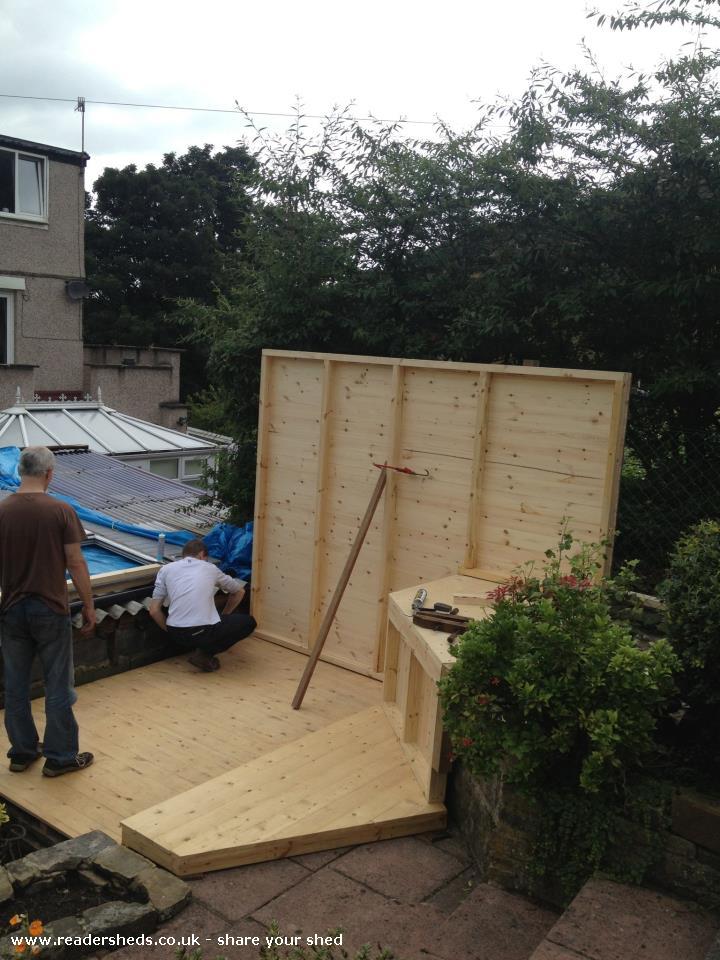 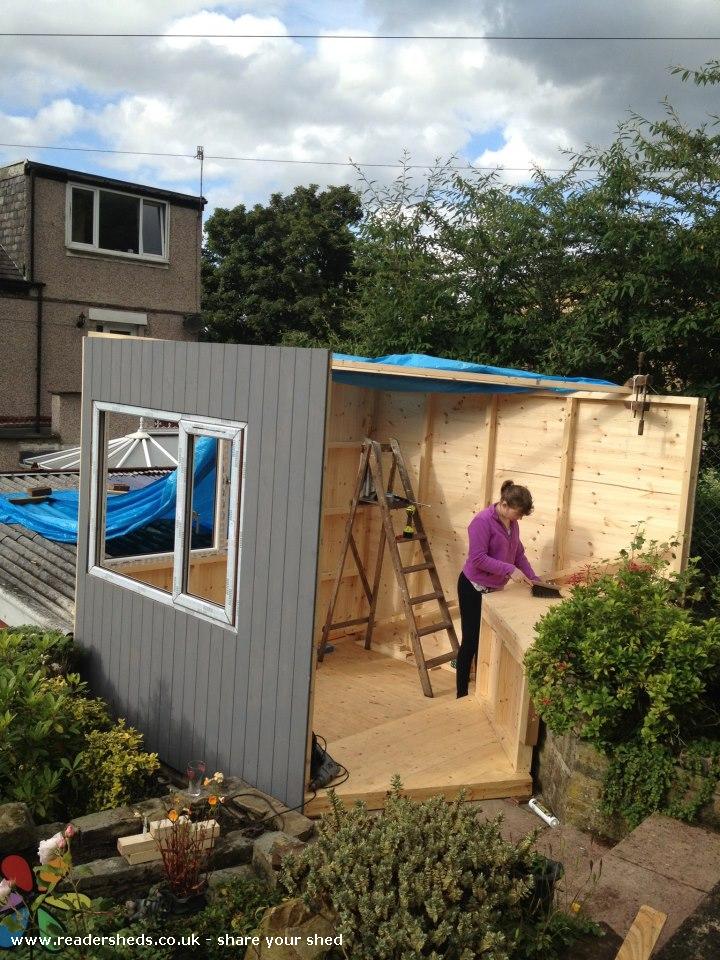 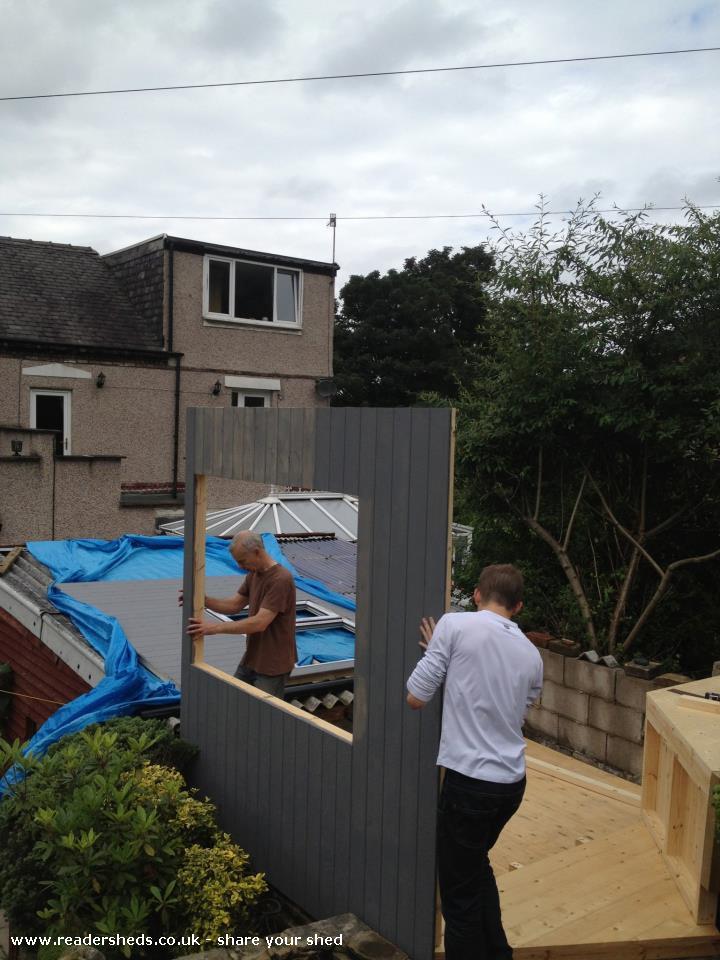 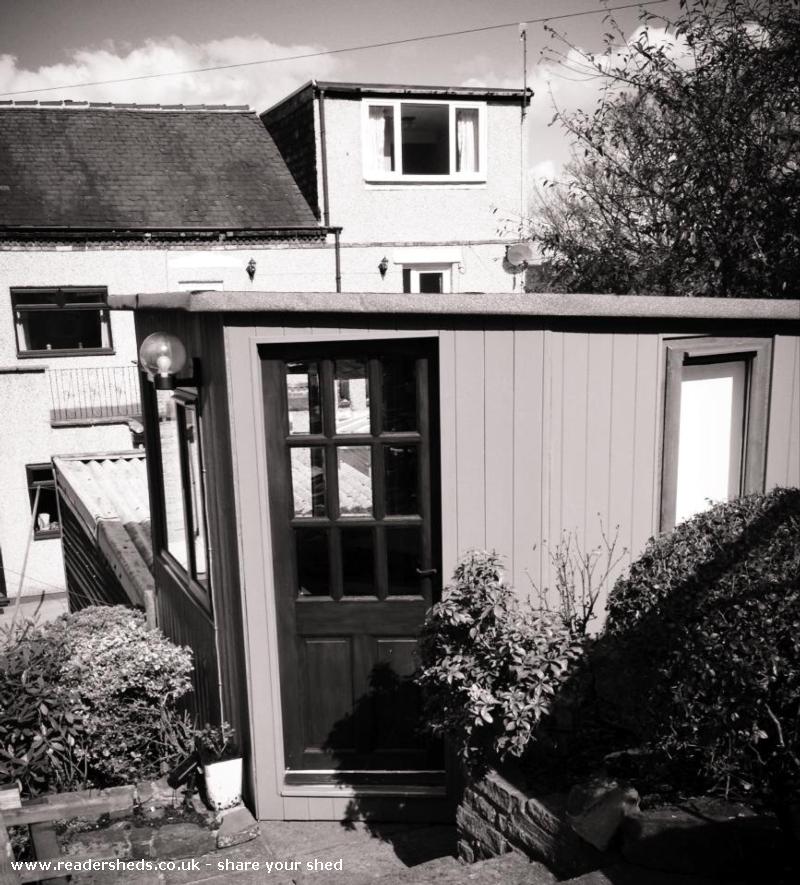 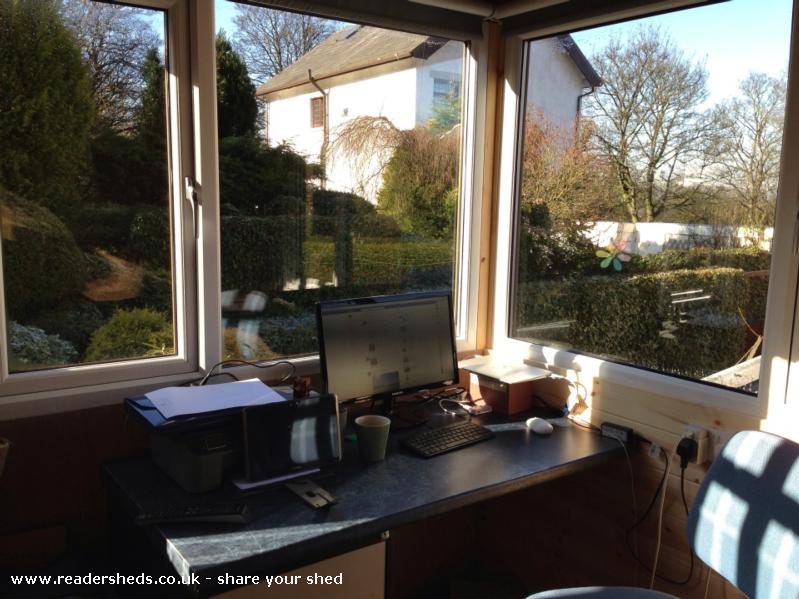 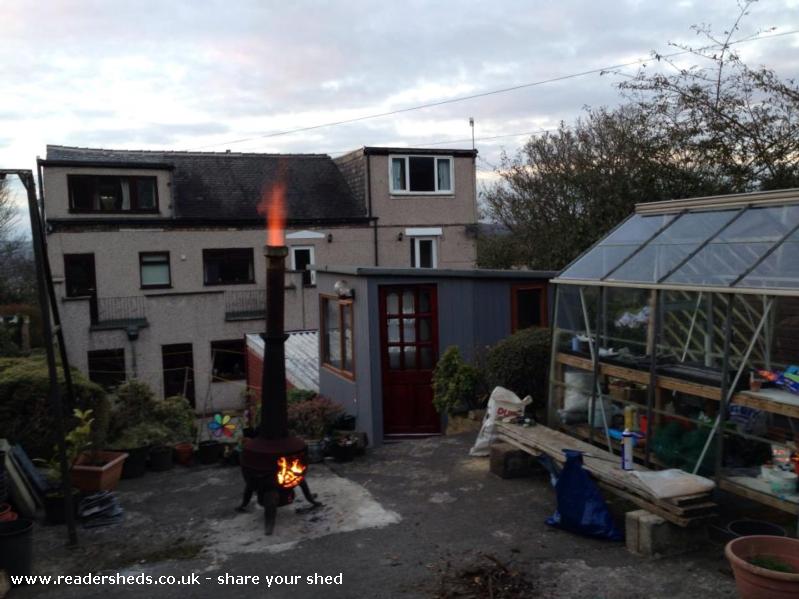 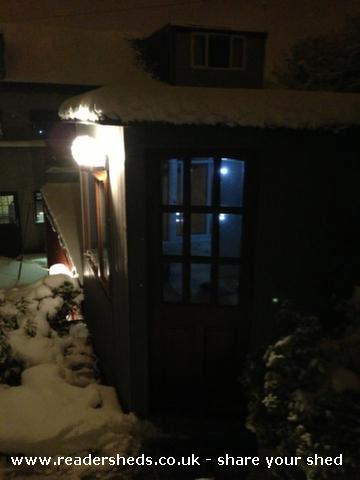 All photos are copyright of the sheddie Martin

The Studio was originally a present for my Mothers 50th. She wanted a garden makeover and we had an old pergola that was rotting. I designed the studio on Google Sketchup (including details like the stud work frame) The whole thing took 6 weeks to build. It was built in sections on the ground and then attached and sealed to the base which was built on the site.

Rather than just replacing the pergola frame which was square we decided to incorporate a section of the raised area next to the site. This ment quite a bit of clever design and engineering to ensure that everything was correct.

It also ment that we maximised the size of the studio and means that you are not squashed into a small space.

The Studio is then clad in tongue and groove but rather than horizontal we chose to lay it vertically and this I think adds to the whole design. We have painted it grey and gone with brown windows. The roof is sterling board covered in bitumen paint to seal it, then with 2 layers of roofing felt (1 smooth 1 textured) with a 3degree slope.