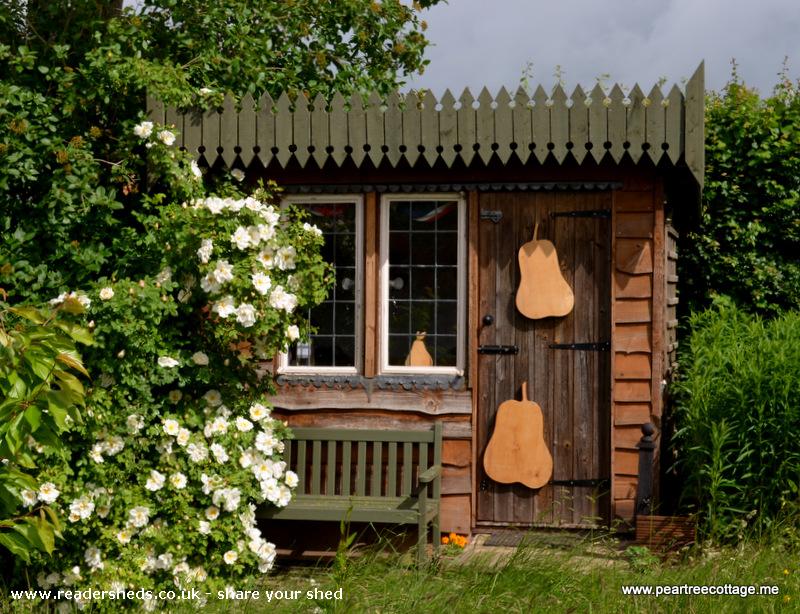 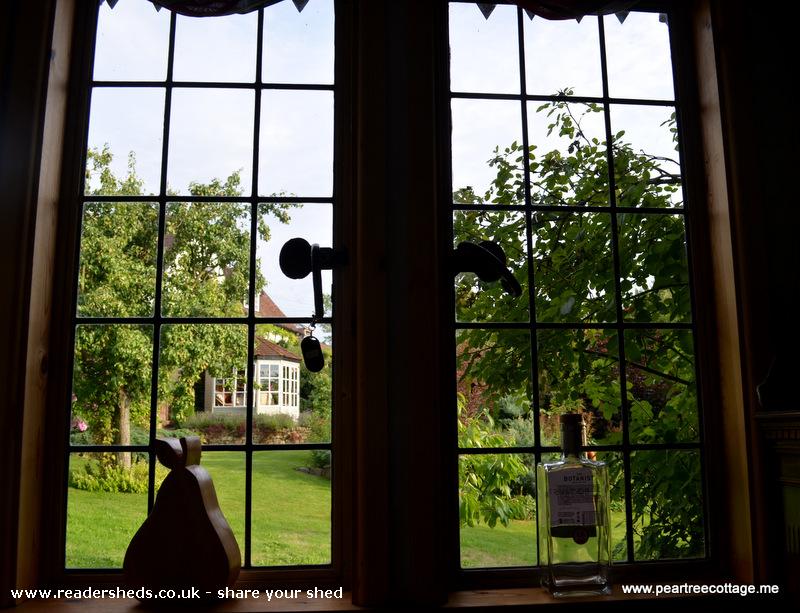 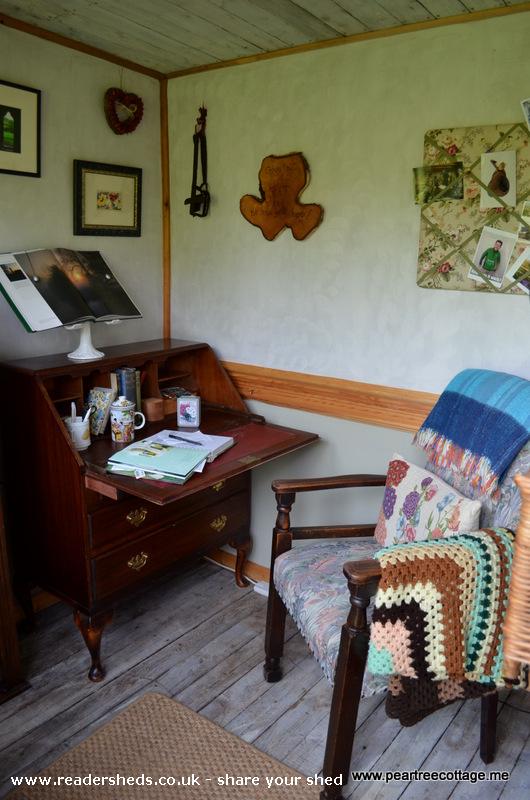 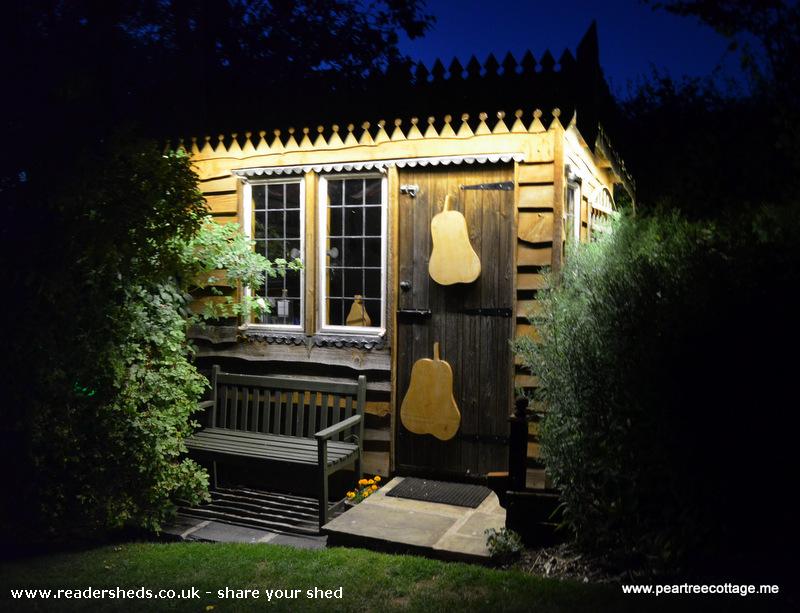 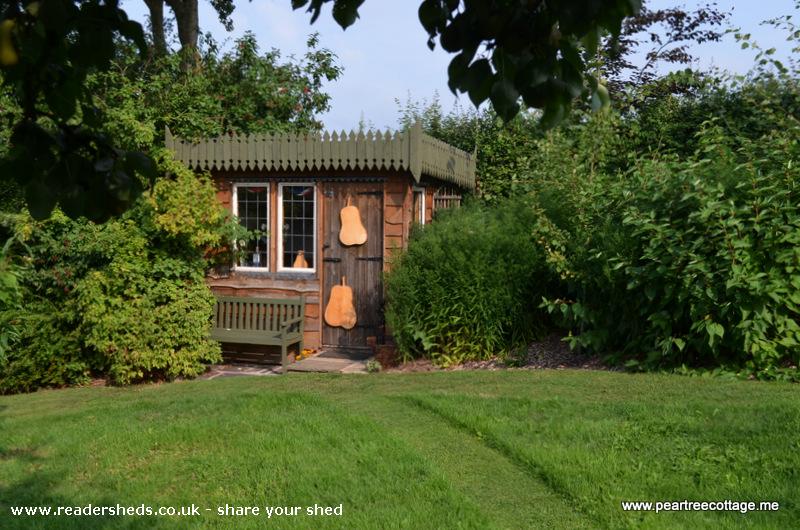 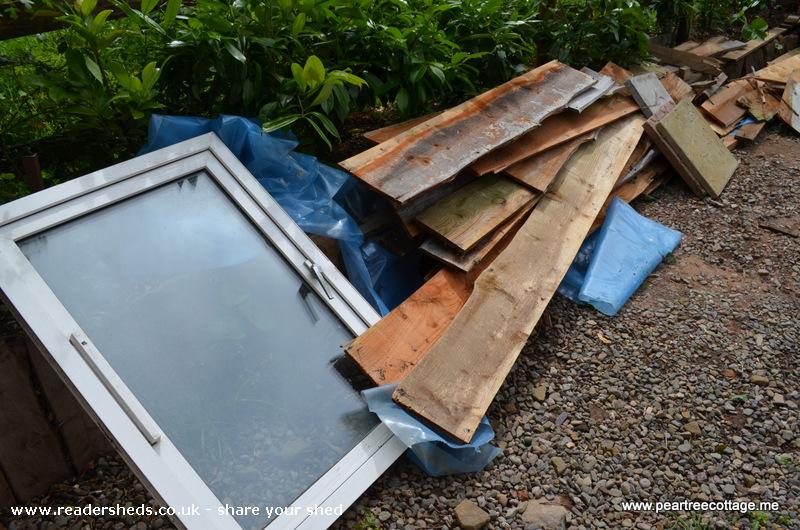 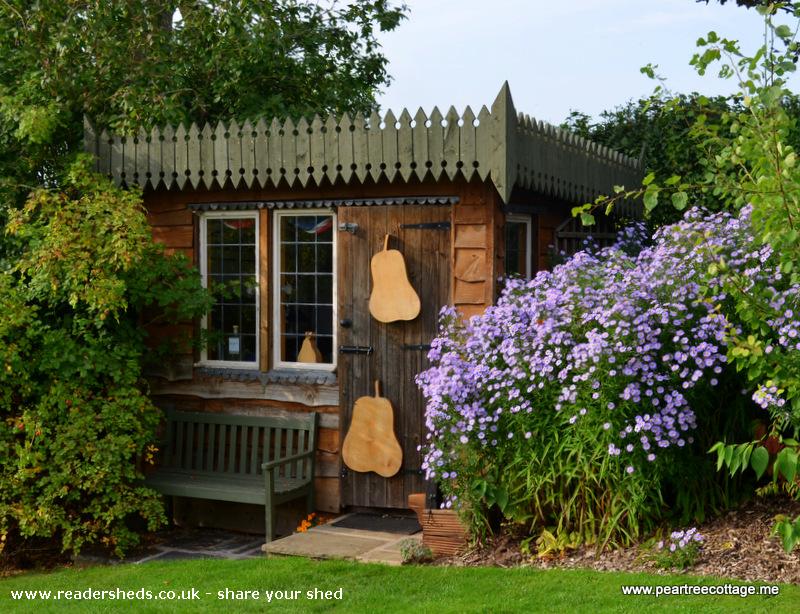 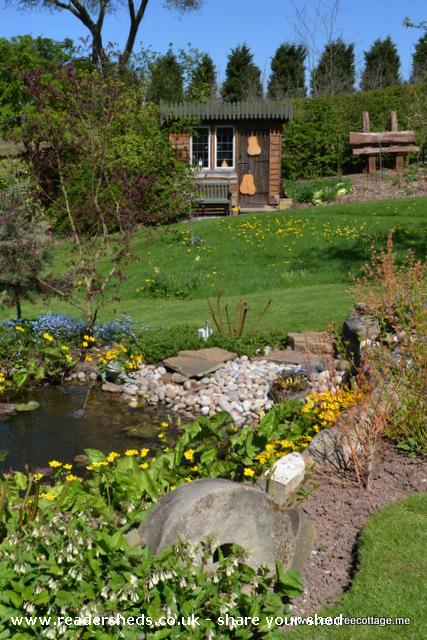 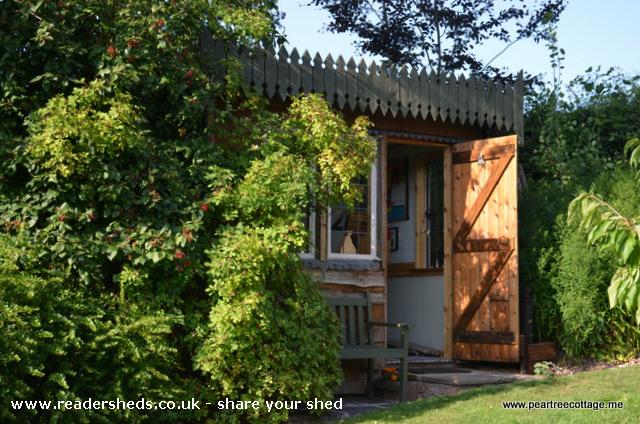 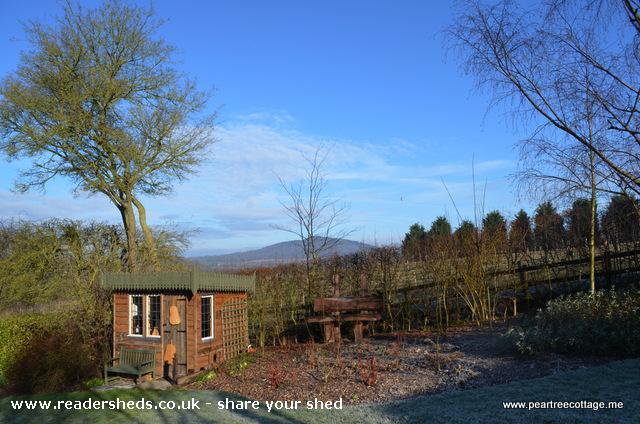 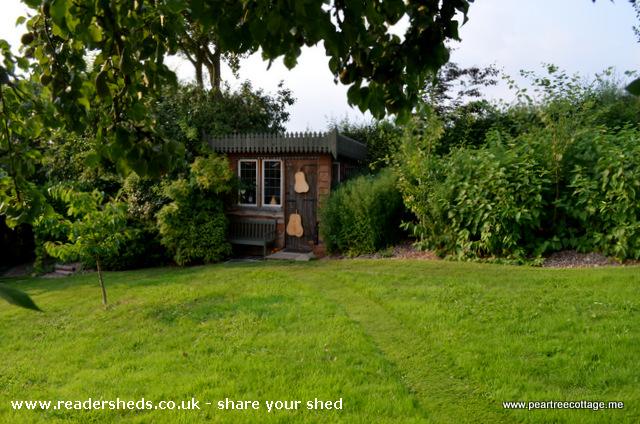 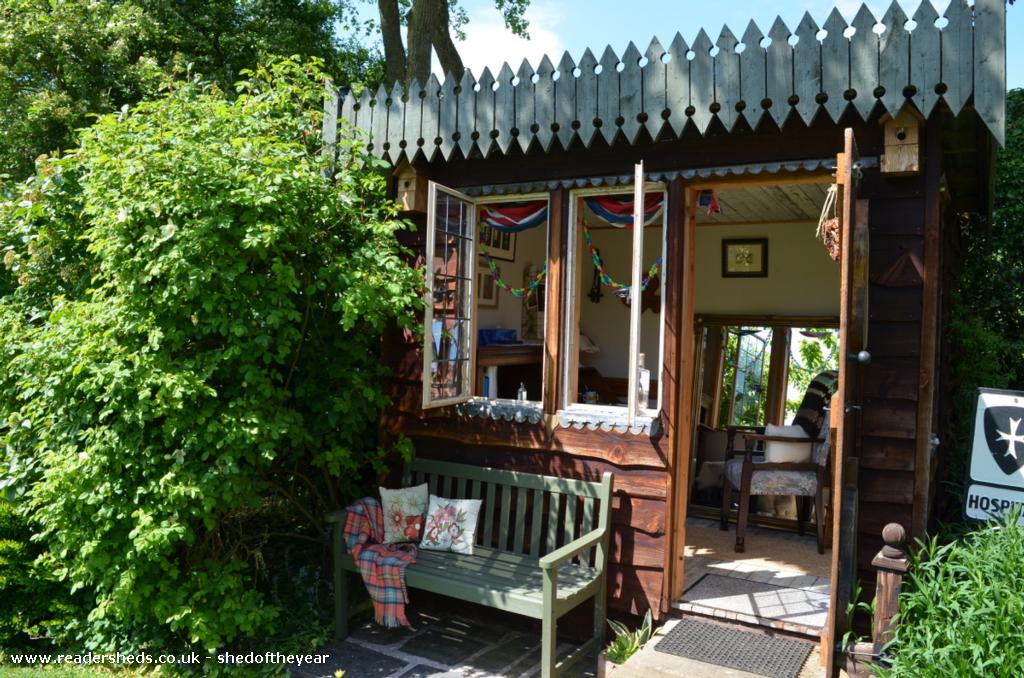 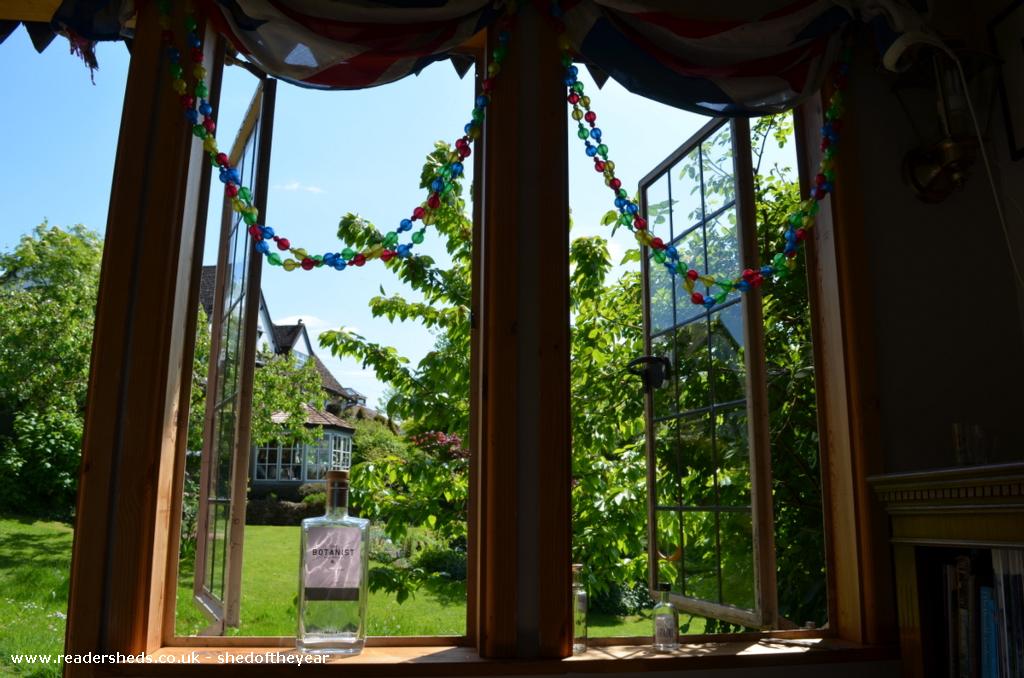 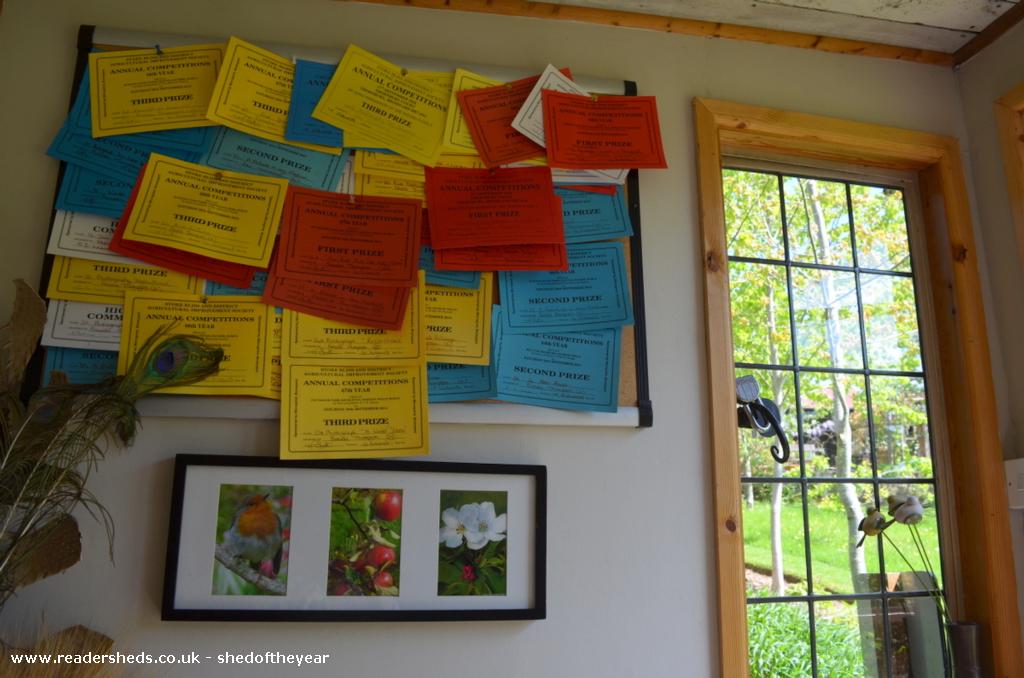 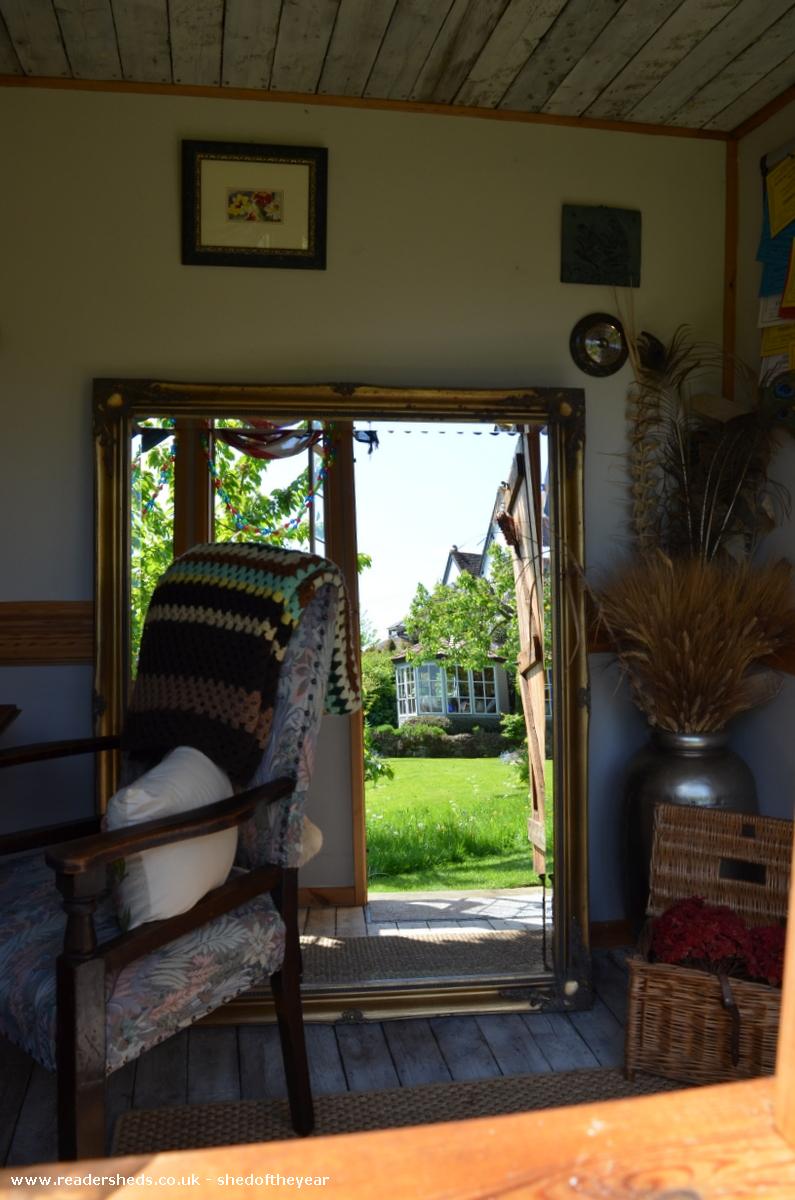 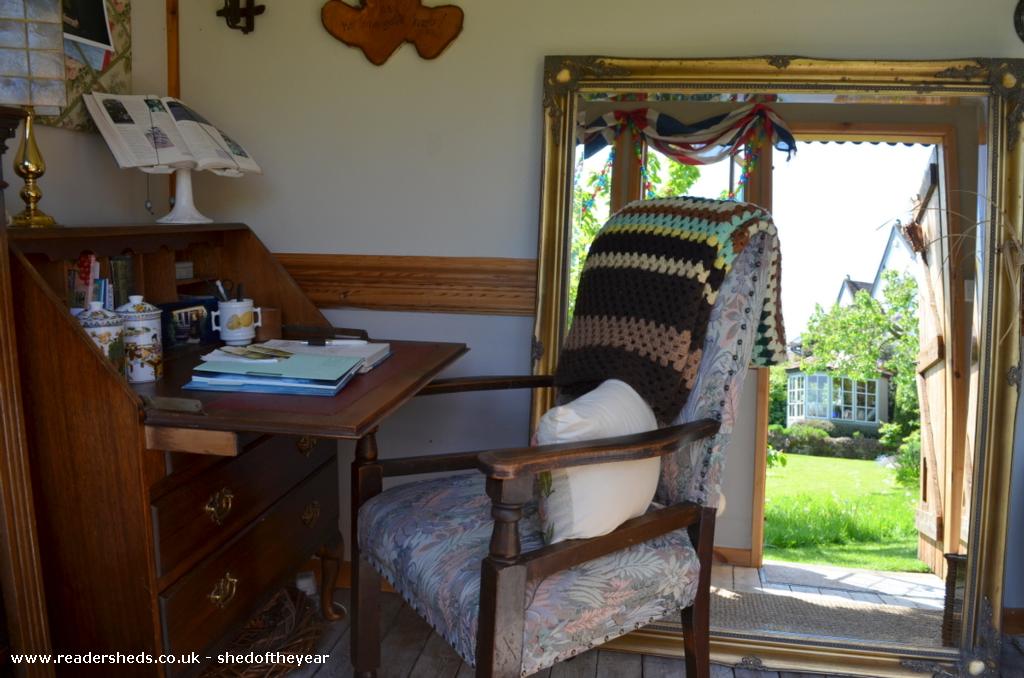 All photos are copyright of the sheddie Pam Thompson

The Pear Hut is an example of upcycling at its best! It has been built from sections of an unwanted and discarded shed whose roof had completely rotted. Only materials for the corrugated tin roof and the insulation were purchased new. The frieze around the outside was made out of left over lengths of floor and ceiling timbers and gives it the appearance of an old G.W.R. signal box! The pears on the door were made from offcuts to obscure a former cat flap. The leaded windows were an EBay bargain and I claim the credit for the surrounding leadwork done with leftovers from the workshop! The seat outside was inherited as were the slate on which it sits.

It has been furnished with inherited bookcase, desk and chair and can be used as a writing room. The bookcase contains gardening journals and general horticultural text books. It also contains an exercise cycle. It is only a year old and yet looks as if it's been there forever! In the summer, the scent from the roses waft in through the open windows whose views extend across our little orchard to the pond and summerhouse beyond. At night the Pear Hut is discreetly illuminated which adds to its charm.