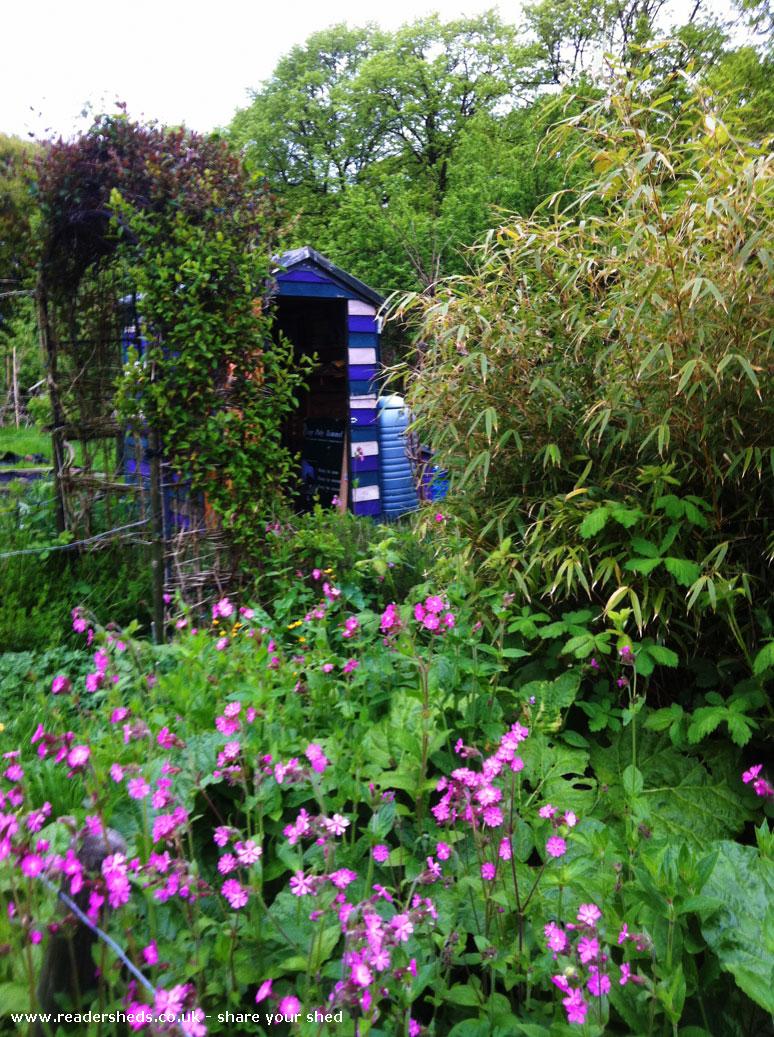 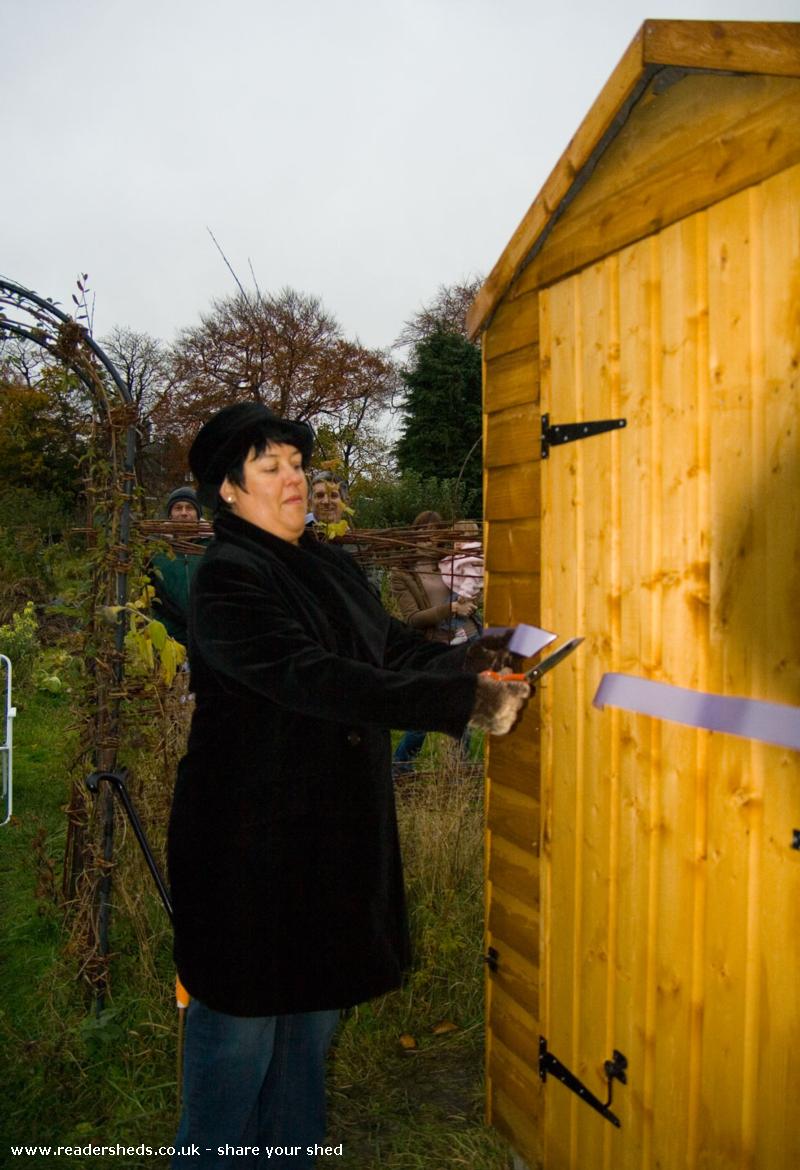 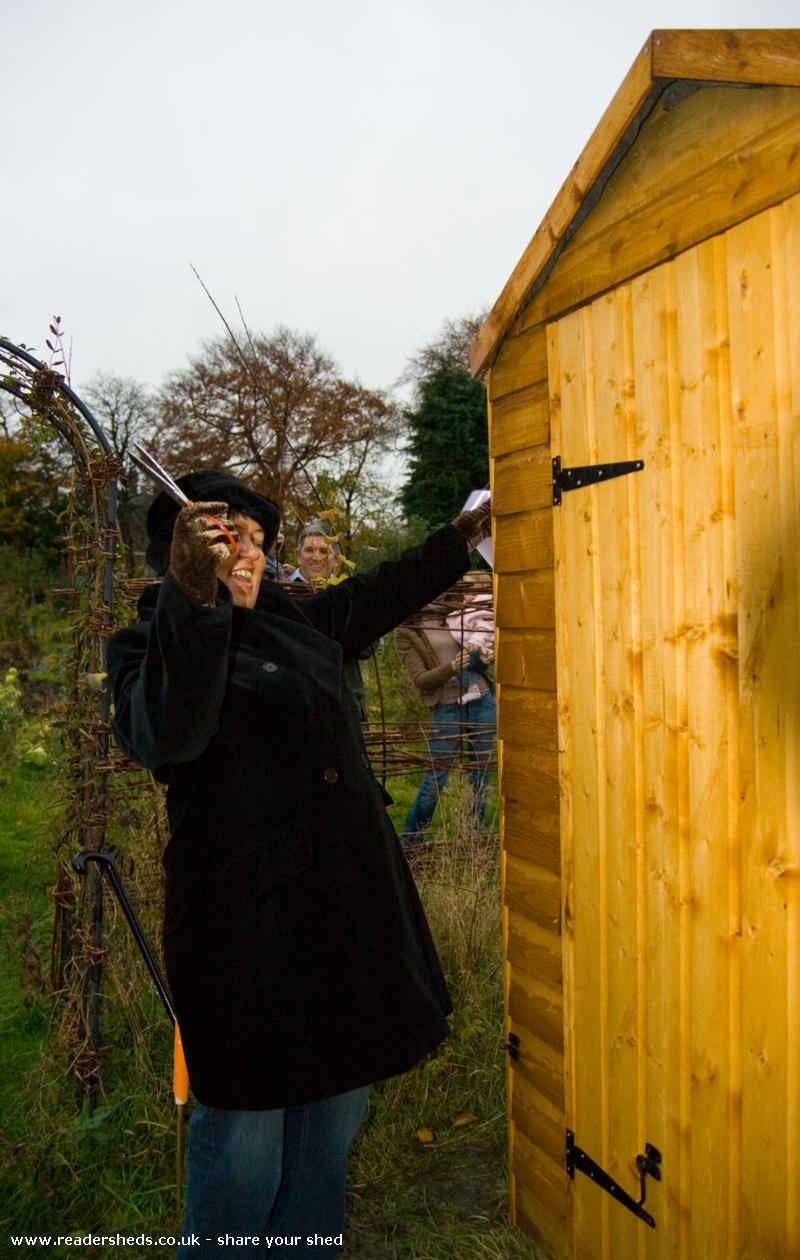 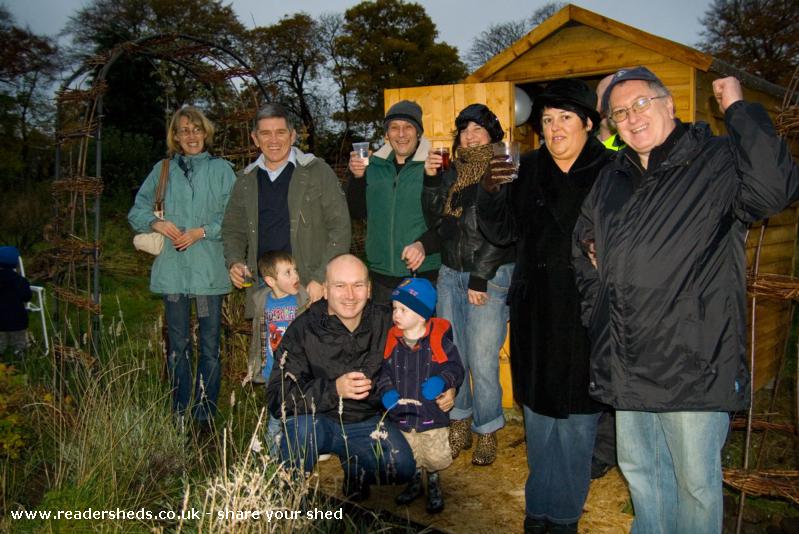 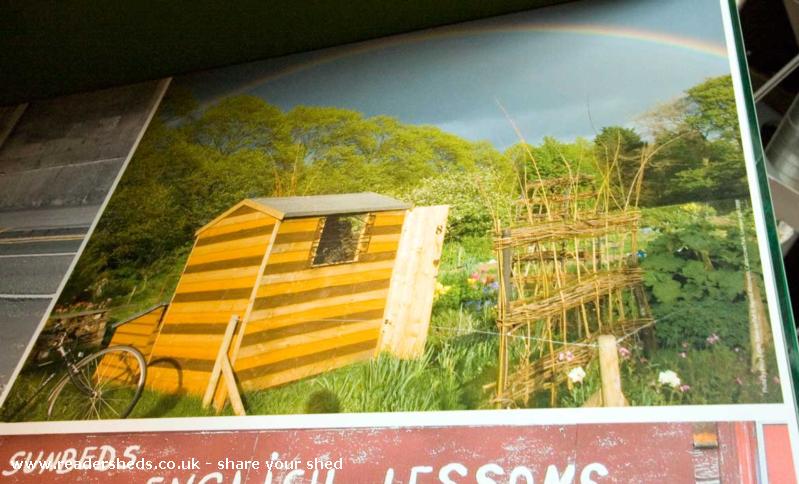 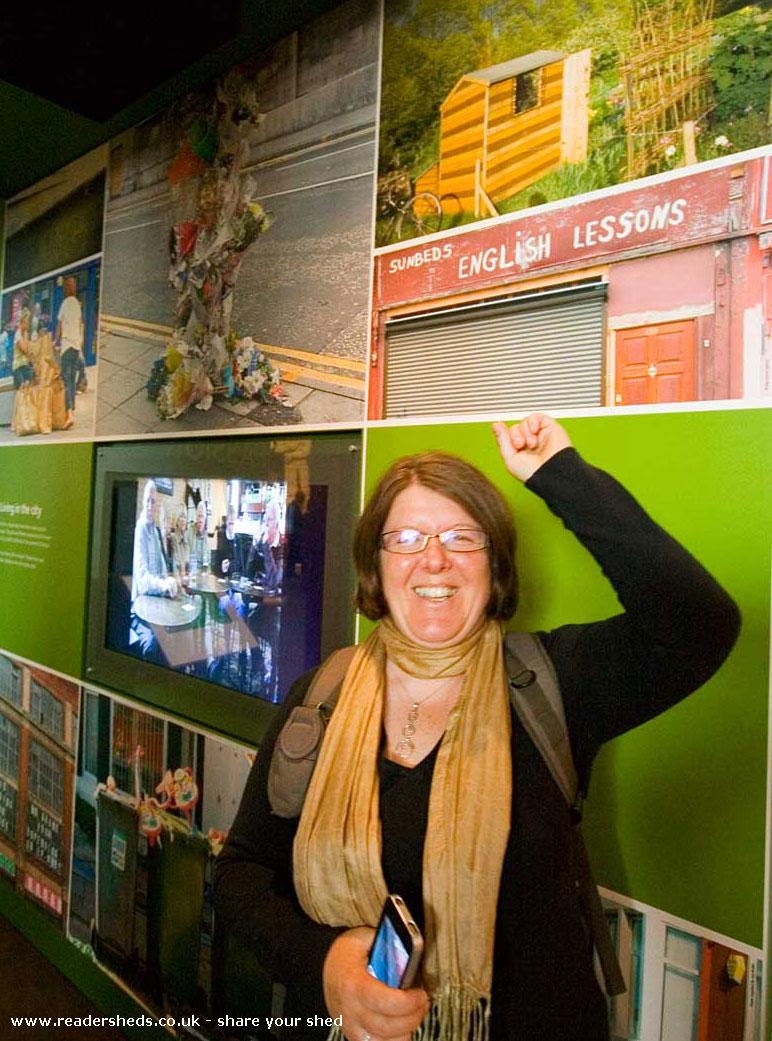 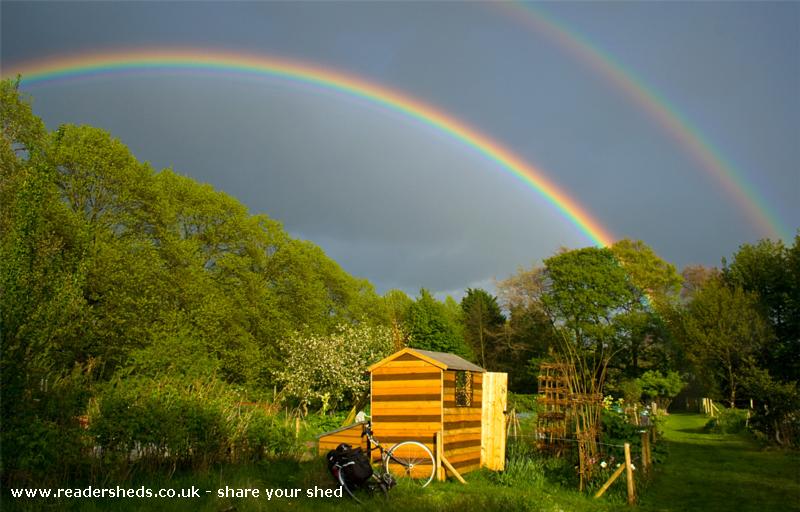 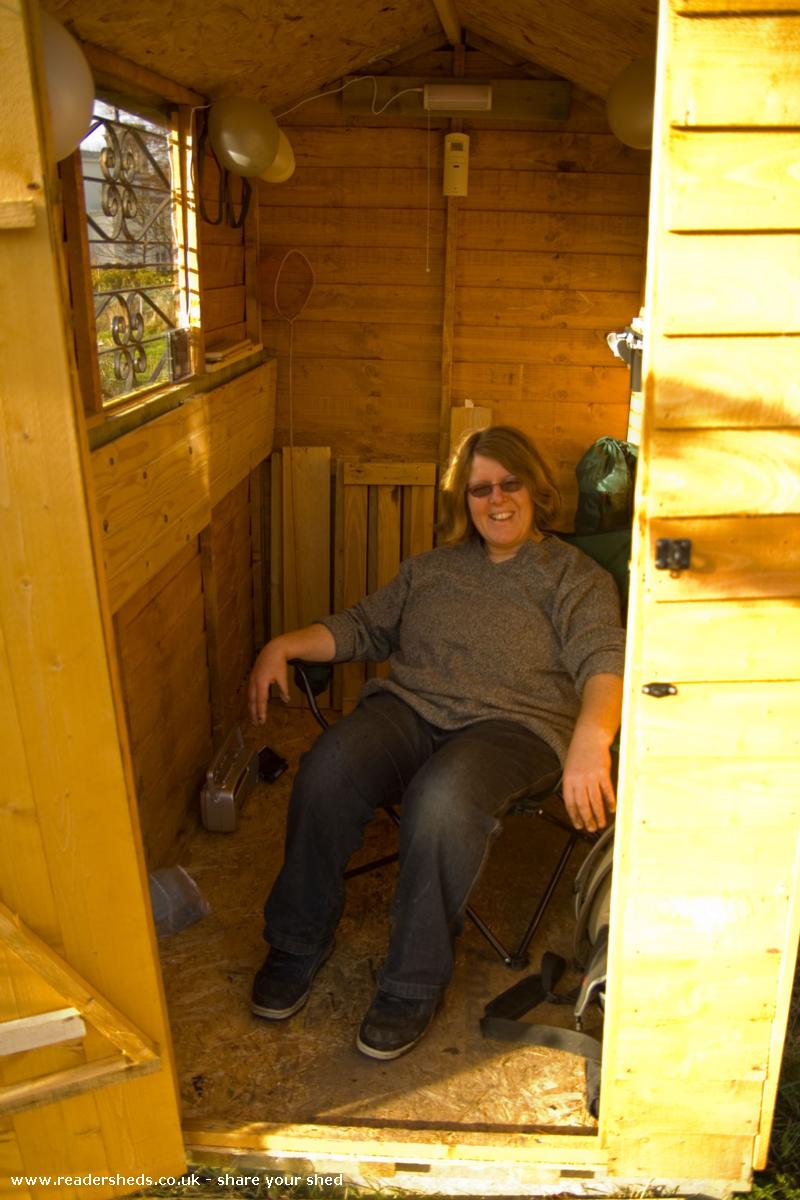 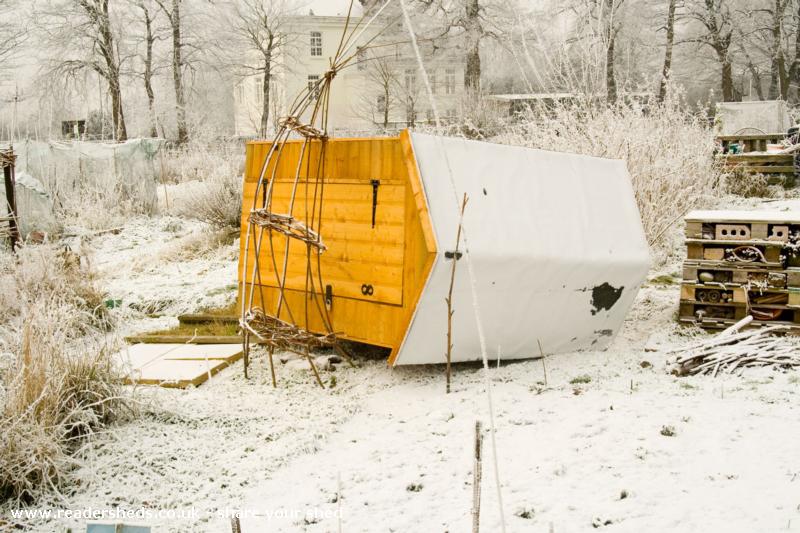 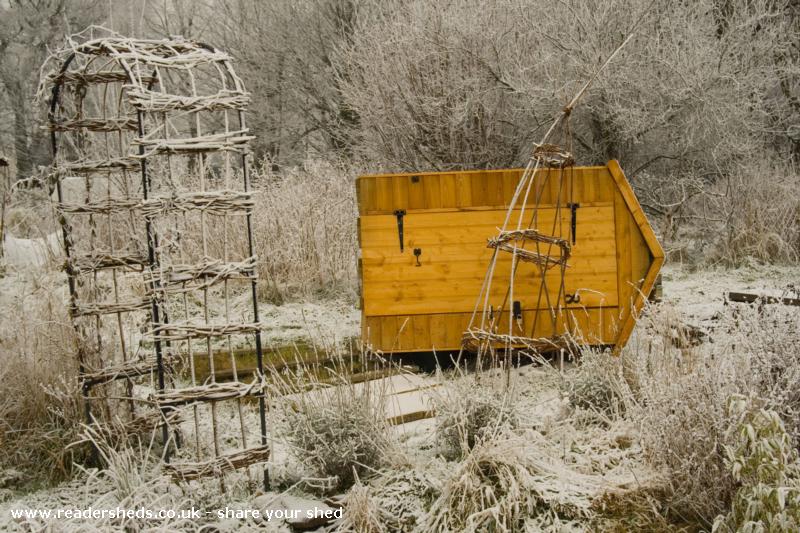 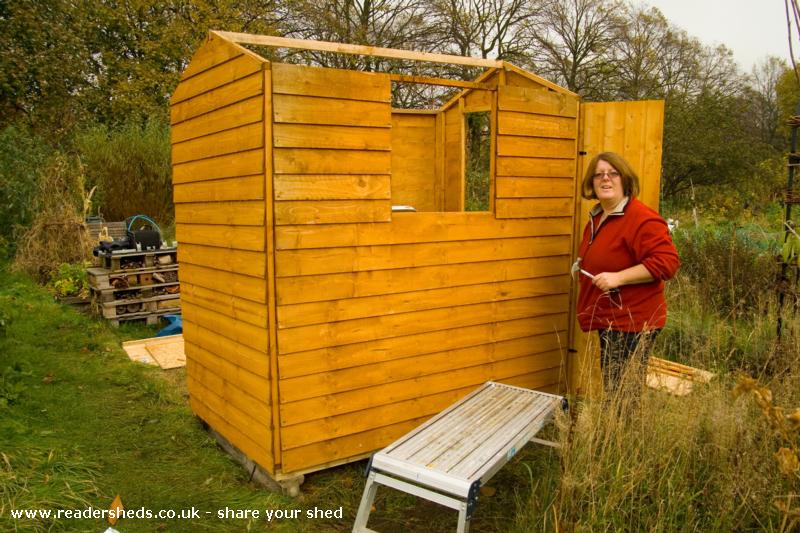 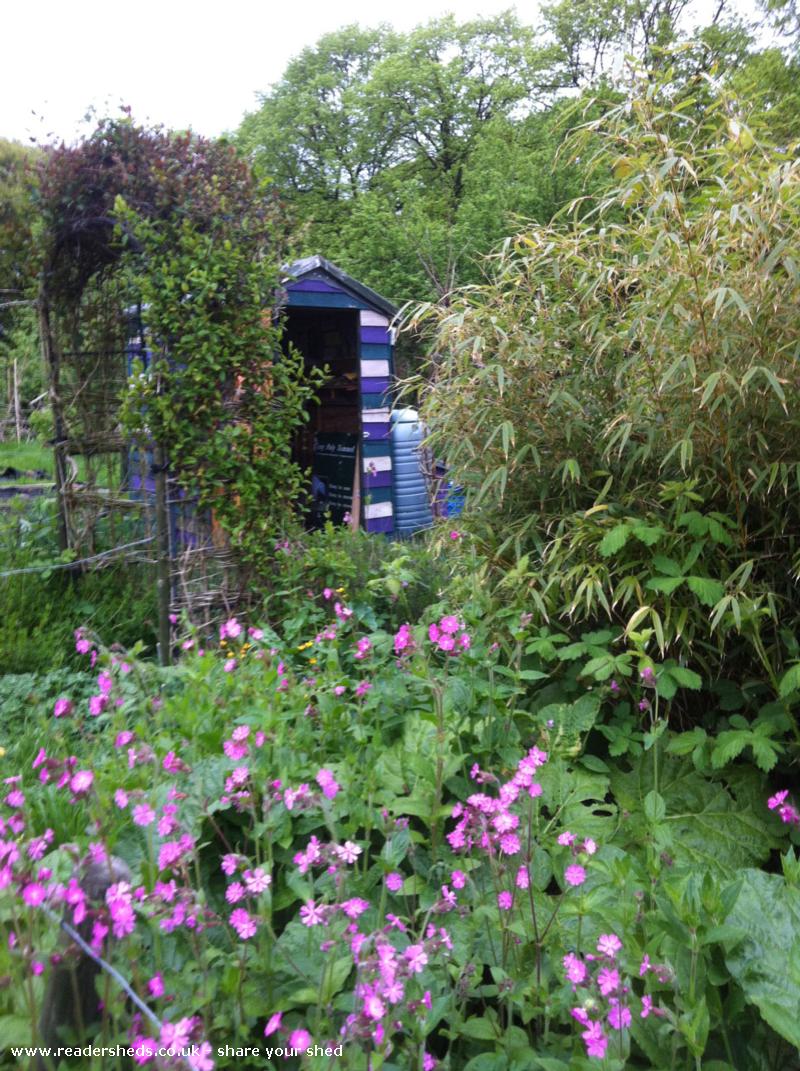 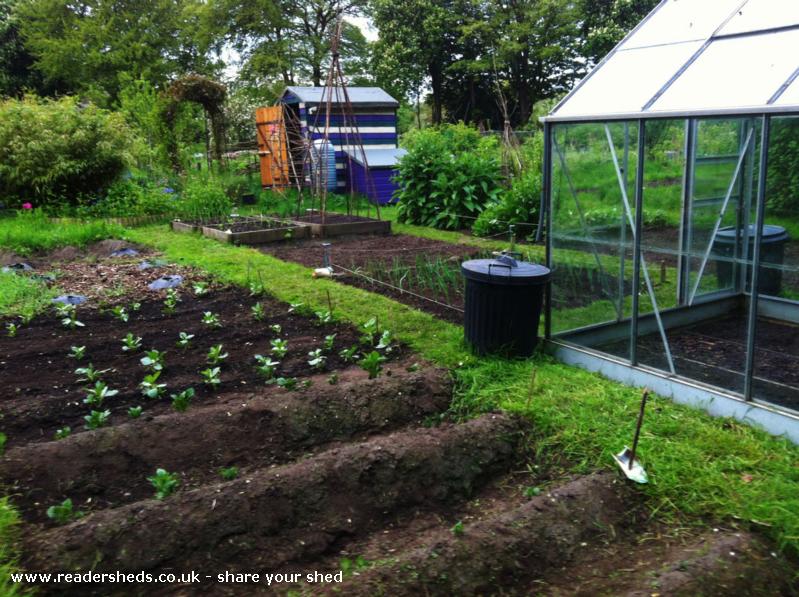 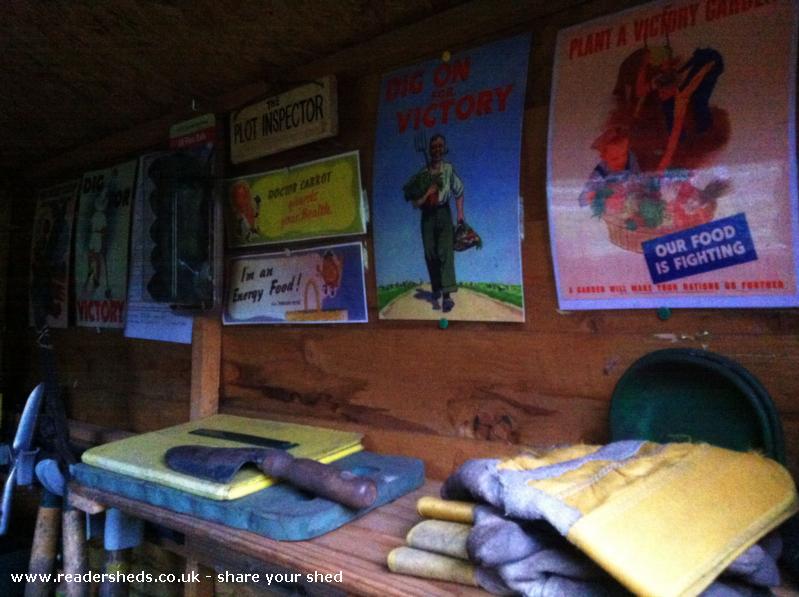 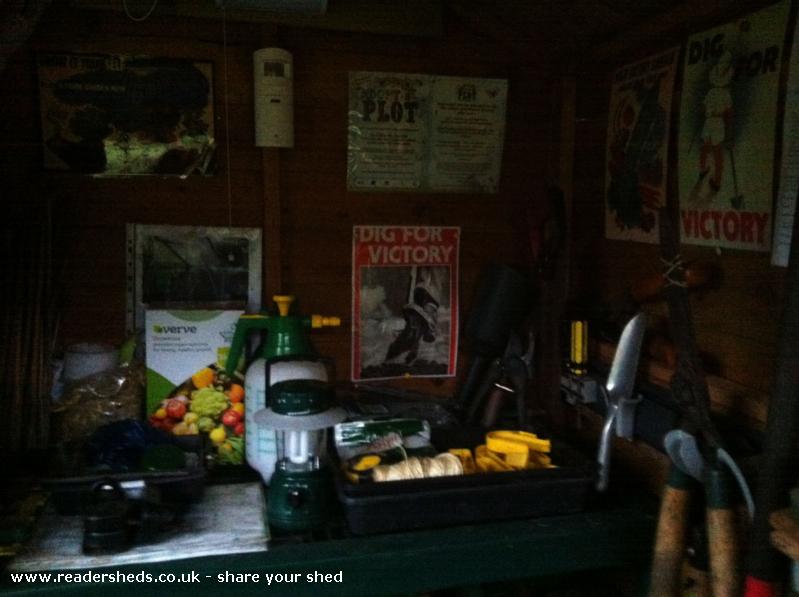 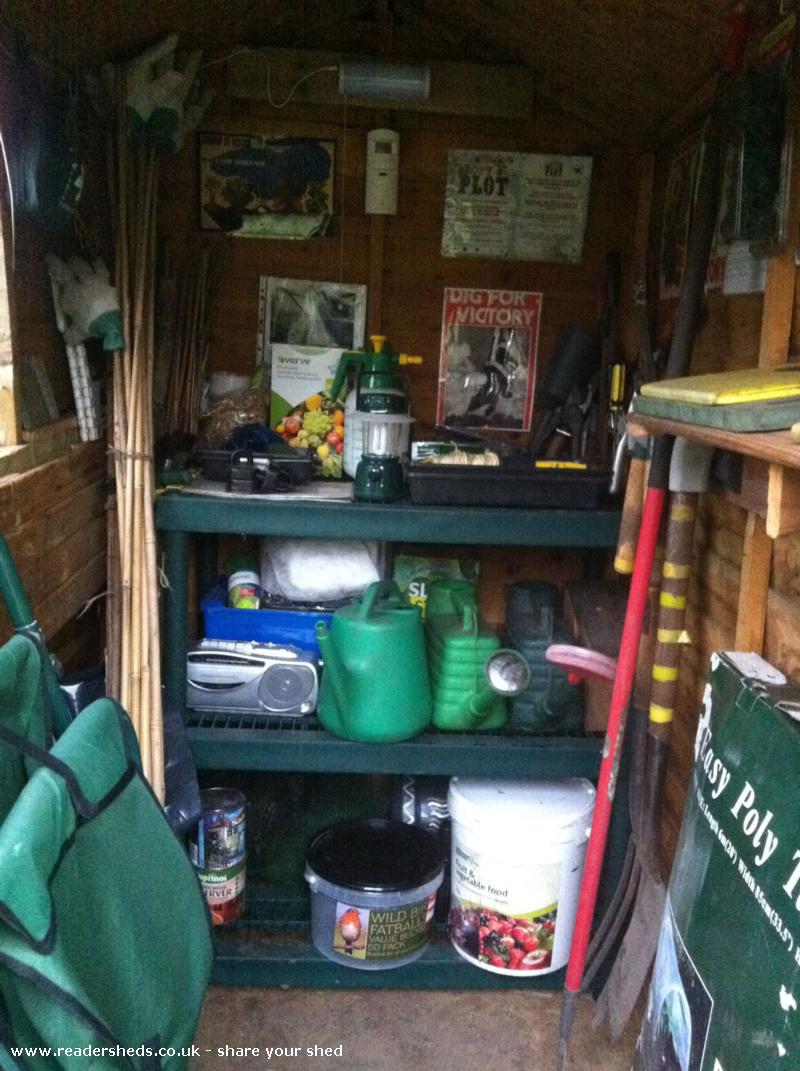 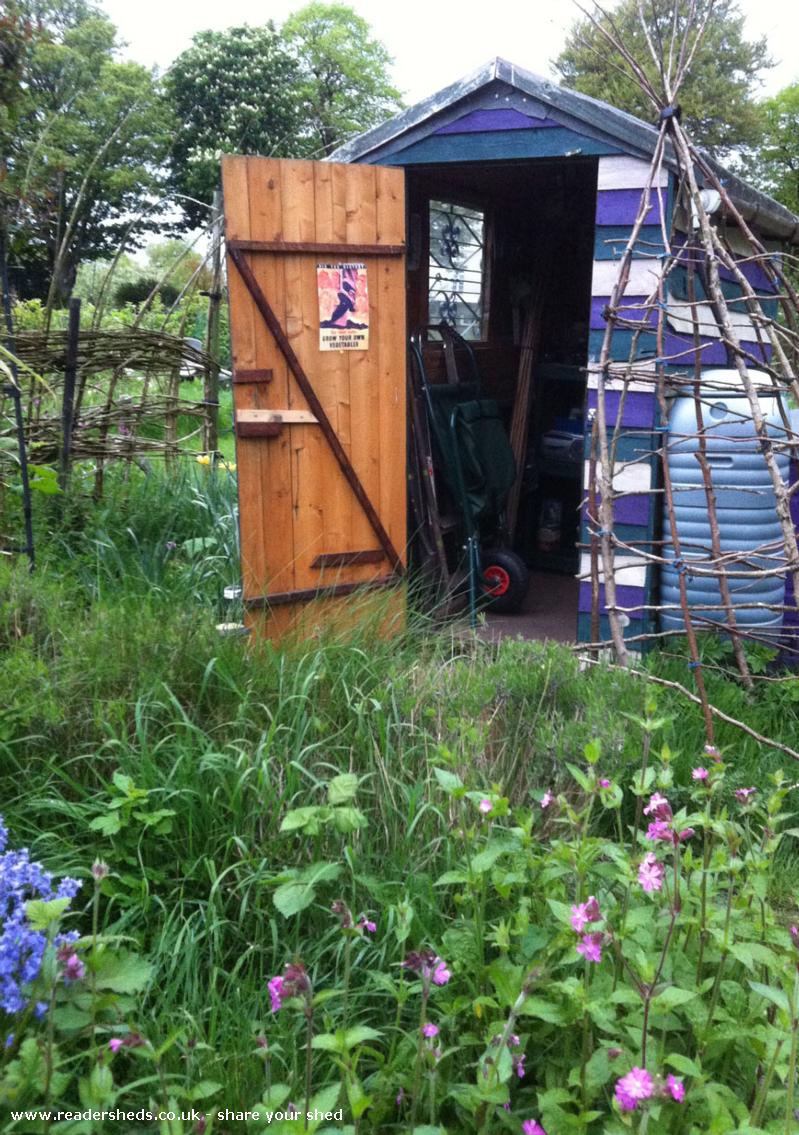 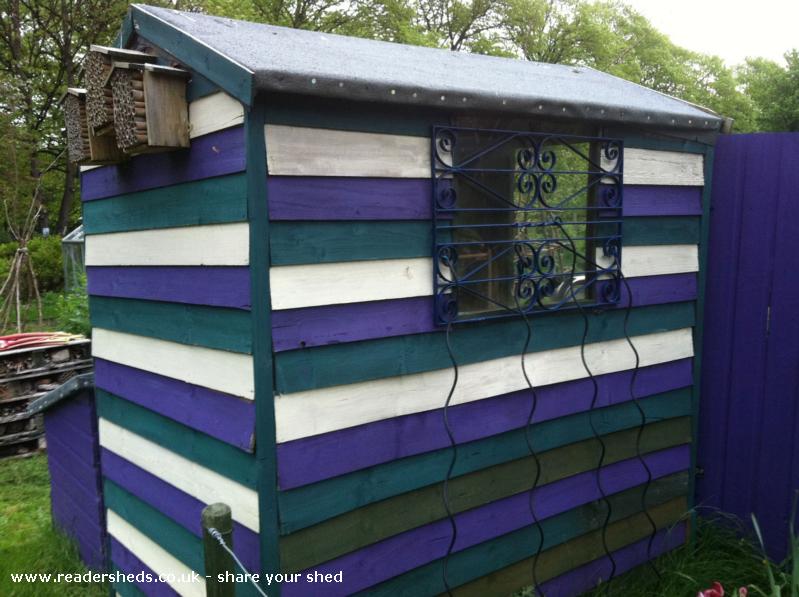 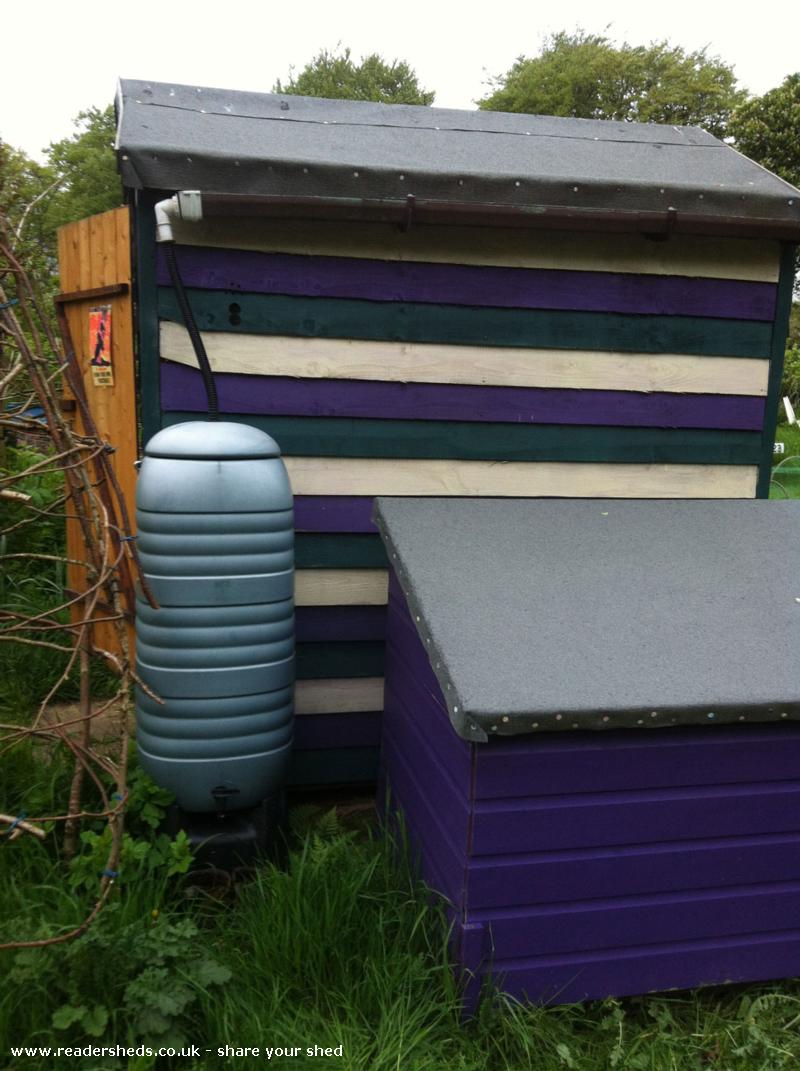 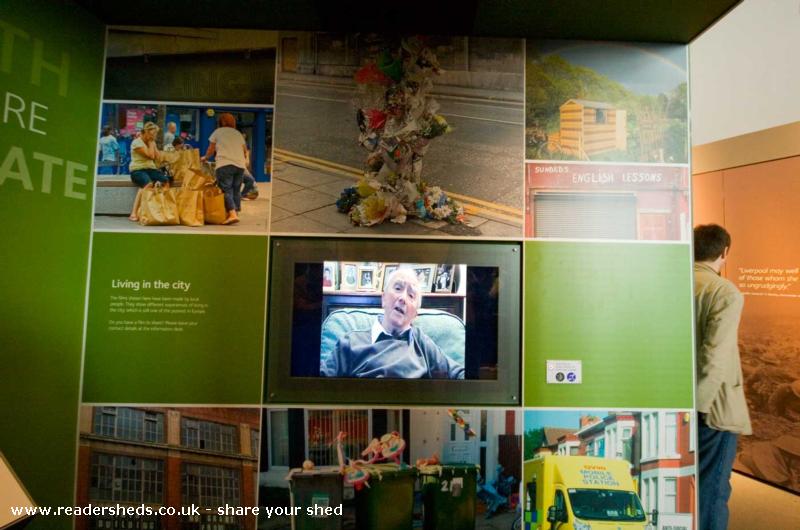 All photos are copyright of the sheddie Catherine McMahon

My "DIG FOR VICTORY SHED" is very special. It's the one and only shed at Harthill Allotments, Calderstones Park, Liverpool (in the shadow of JOHN LENNON'S old school Quarrybank)

It was built in 2008; in-spite of objections from the allotment committee and fellow plot holders.

Harthill Allotments is the only site in the whole of Liverpool apposed to the building of sheds....I was determined to have a shed on my plot, so I approached Liverpool City Council who granted me permission to build one.

When built I invited a local Councillor & friends along for an official opening of the shed!!

Since being built my little shed has been pushed over & vandalised by fellow plot holders; and the committee has repeatedly tried to remove it.

It has had several coats of paint and is the only shed on Merseyside to feature in exhibition at Liverpool's Museum of Liverpool Life.

my DIG FOR VICTORY SHED is still, to this day, the only shed standing at Harthill Allotments!