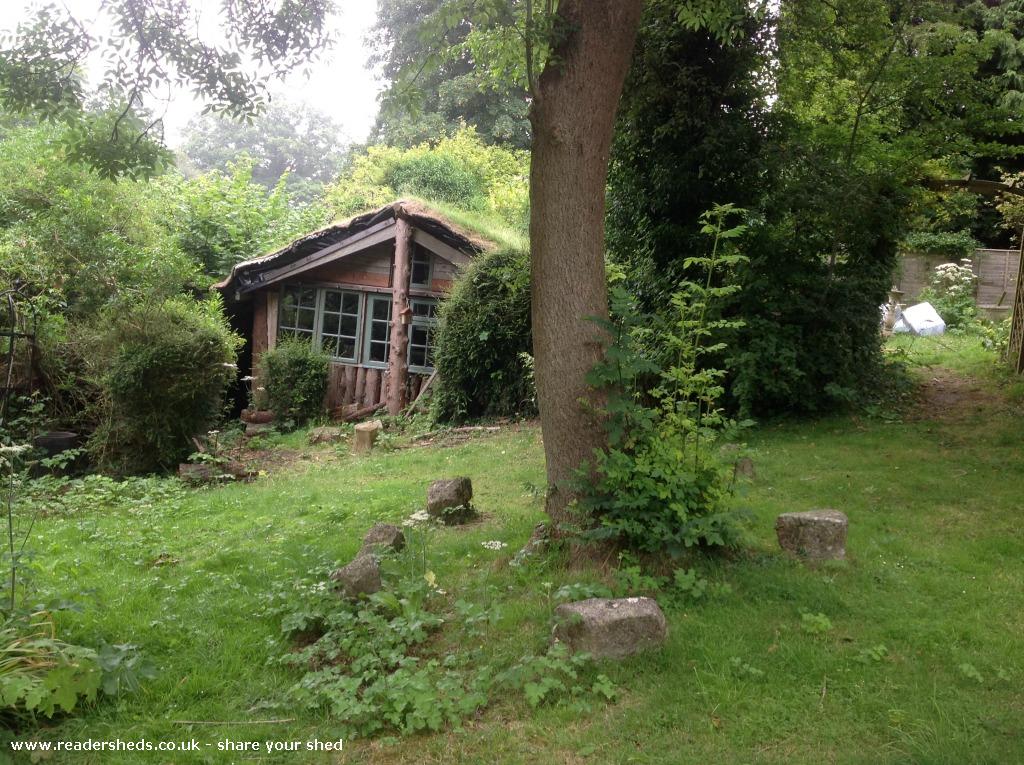 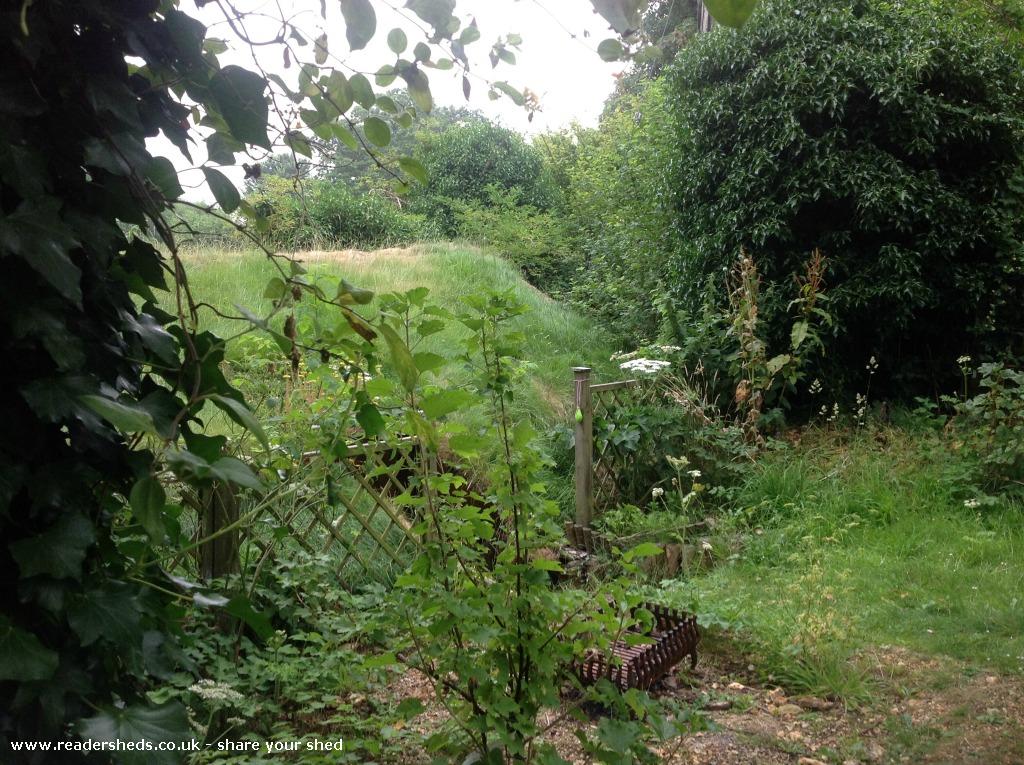 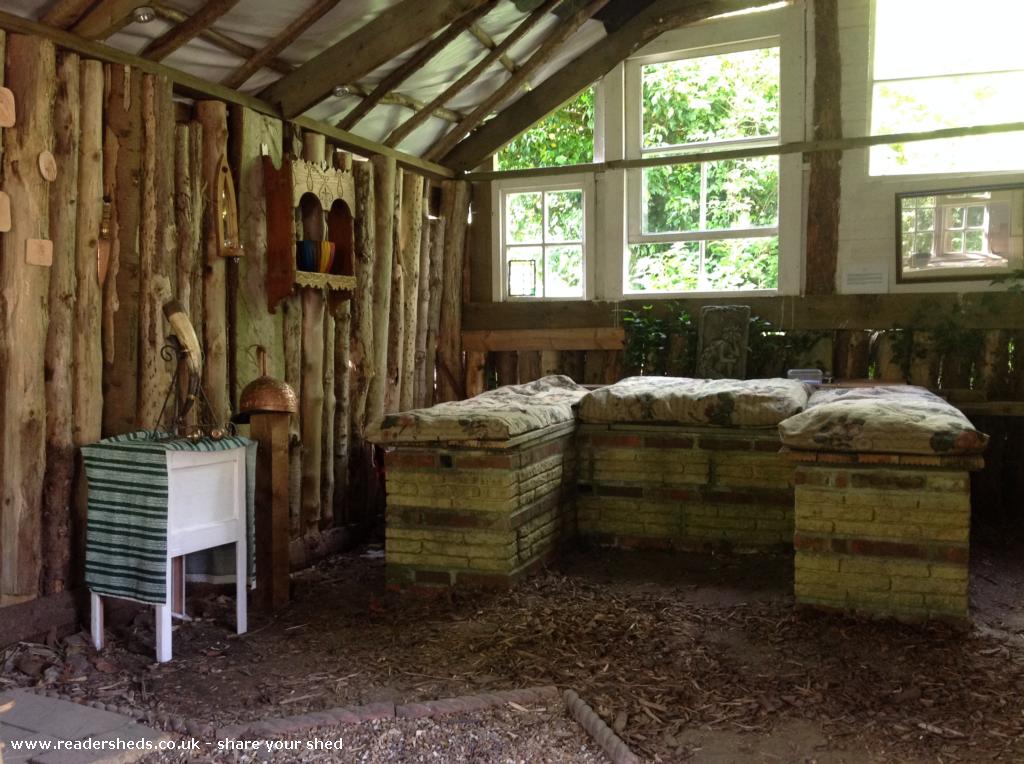 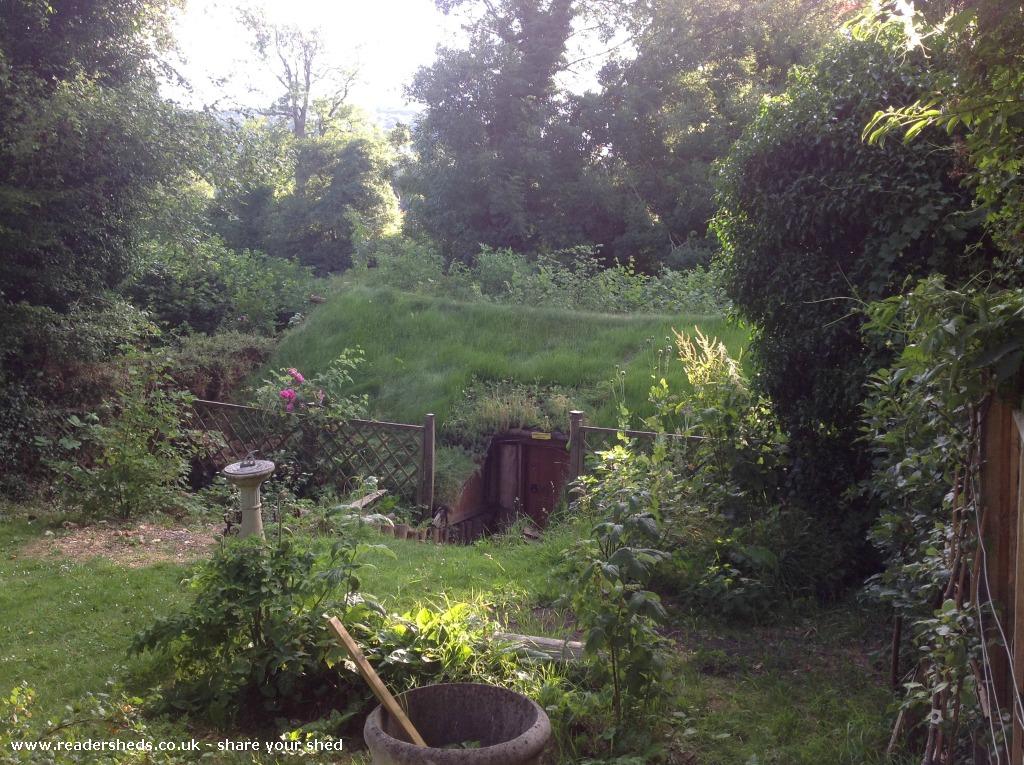 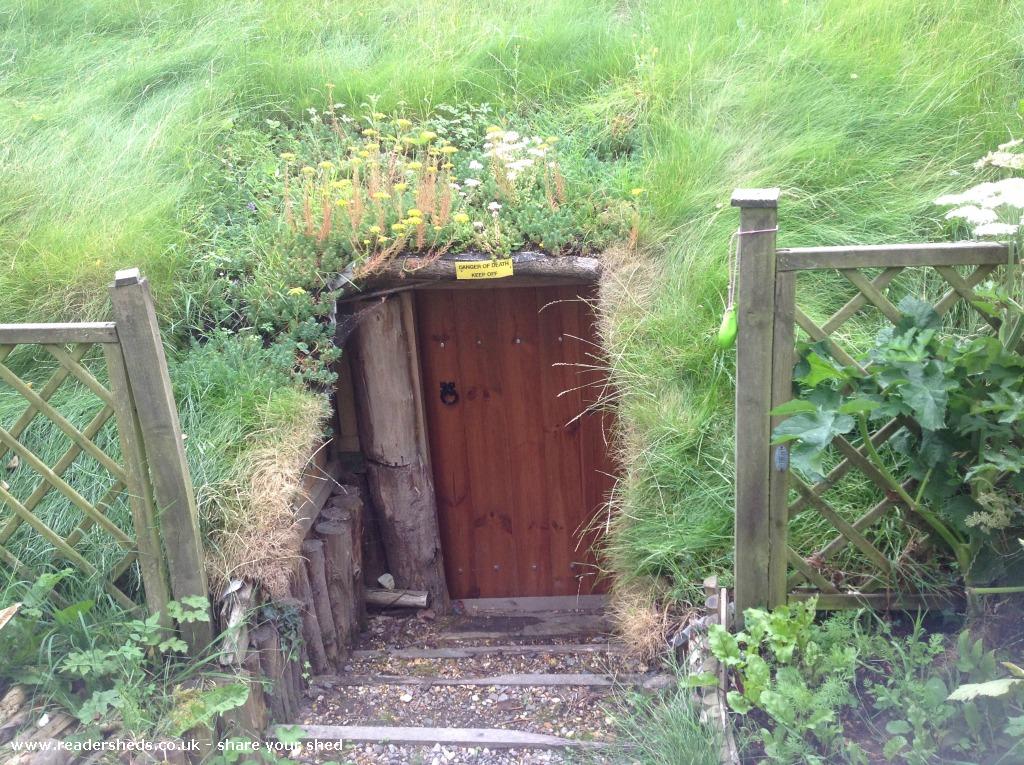 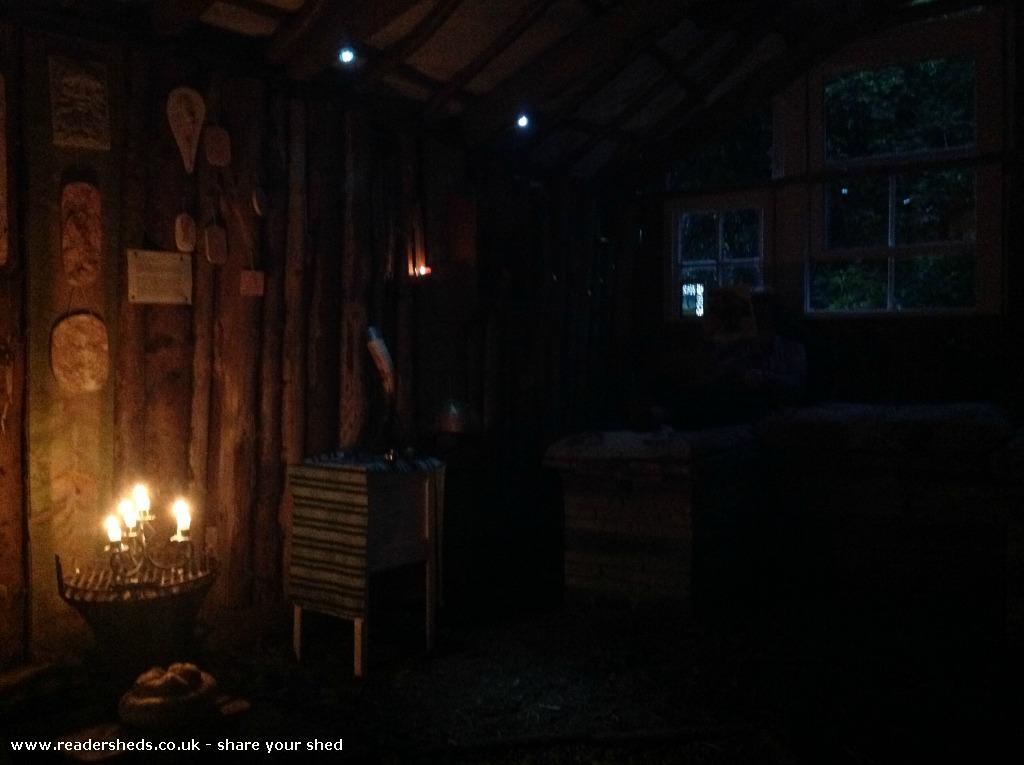 All photos are copyright of the sheddie Tim Concannon

Semi underground copy of a seventh century Anglo-Saxon House with a green roof.

It can only be seen from on aspect, otherwise it appears to be a green hill. It is known locally as the Hobbit House.

I have been involved in Butser Ancient Farm for more than thirty years. That is a construct of a prehistoric farm in the South of England with ancient houses in it, where I have conducted numerous feasts and theatrical performances.

This "shed" is actually a construct of an Anglo Saxon House nearby which dates to 700 AD and is our own private Mead Hall where we can cook and entertain our friends.