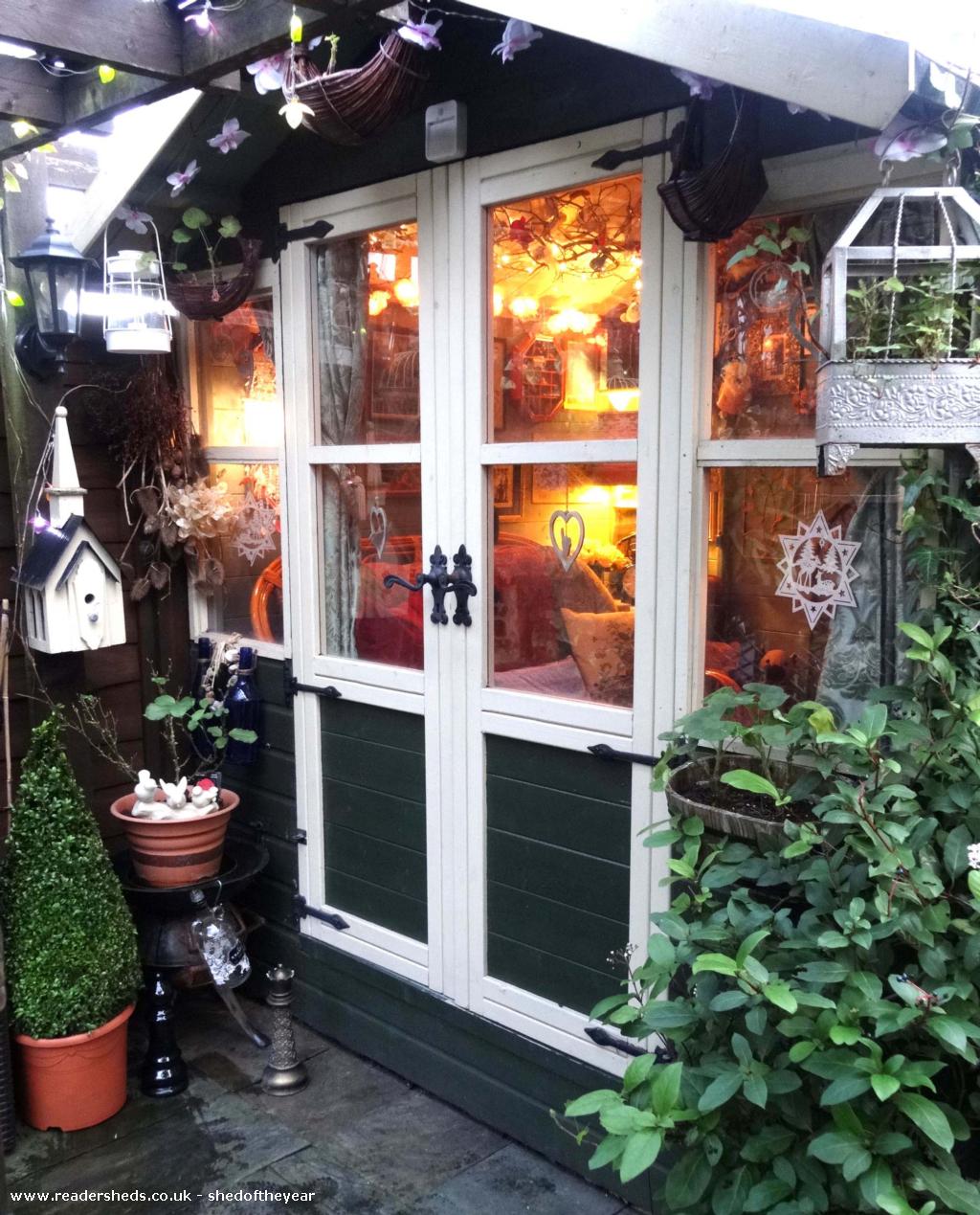 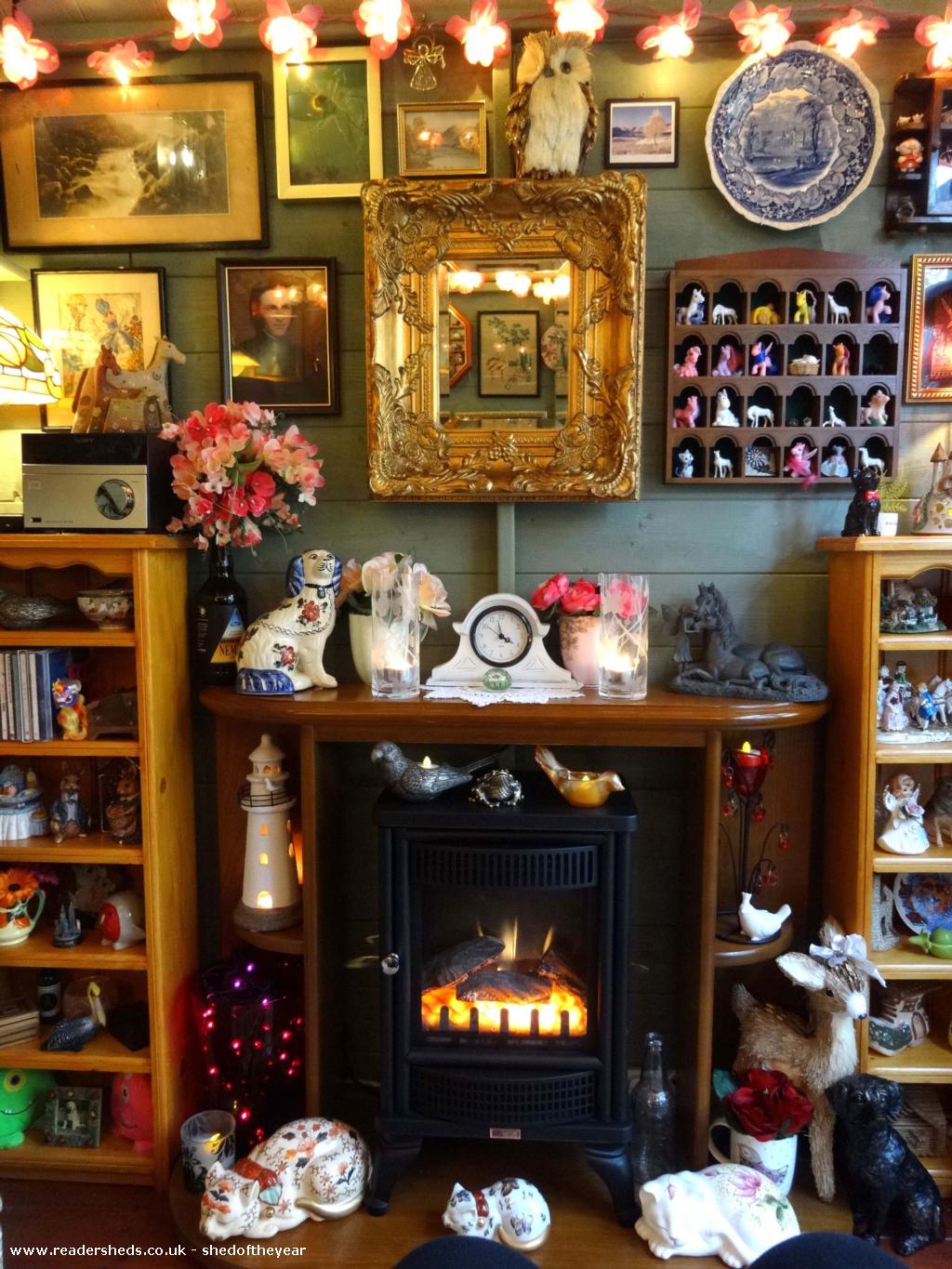 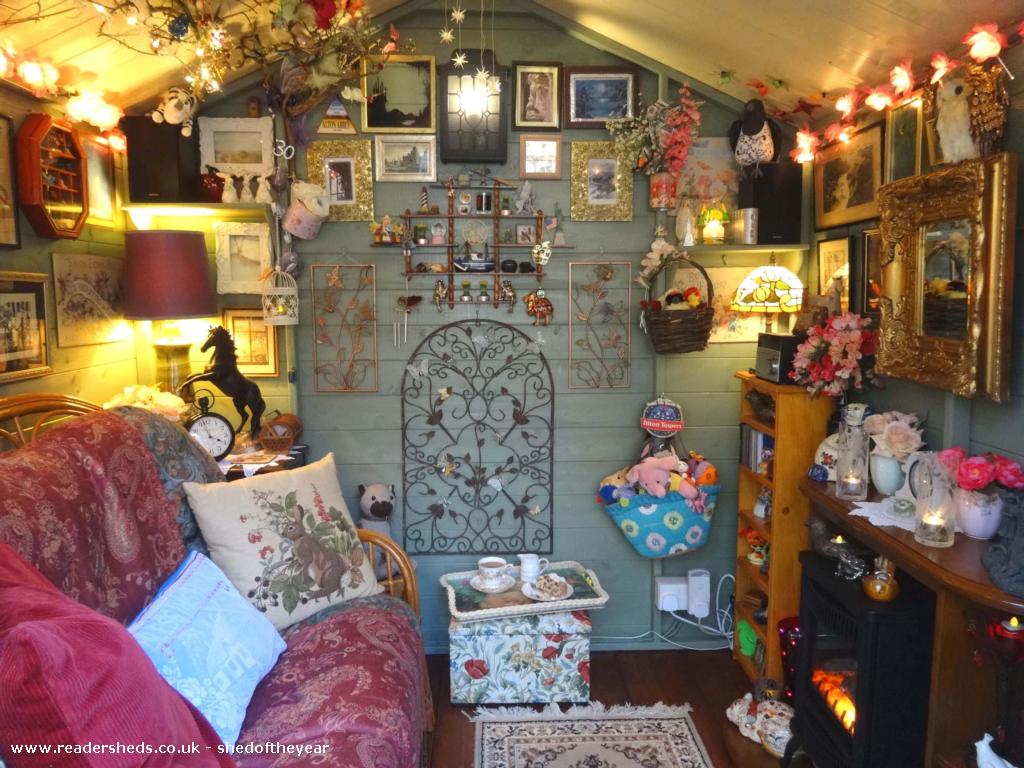 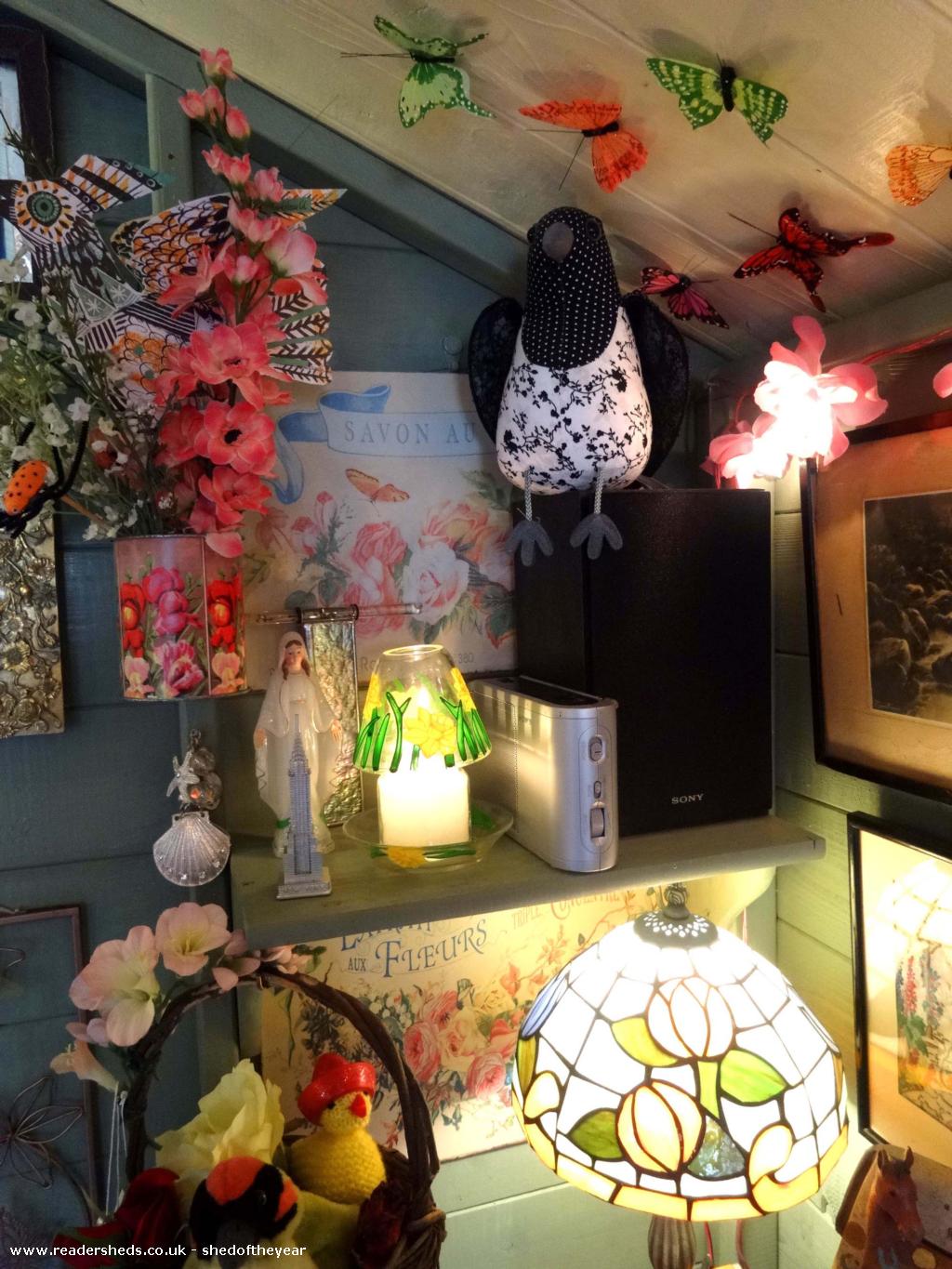 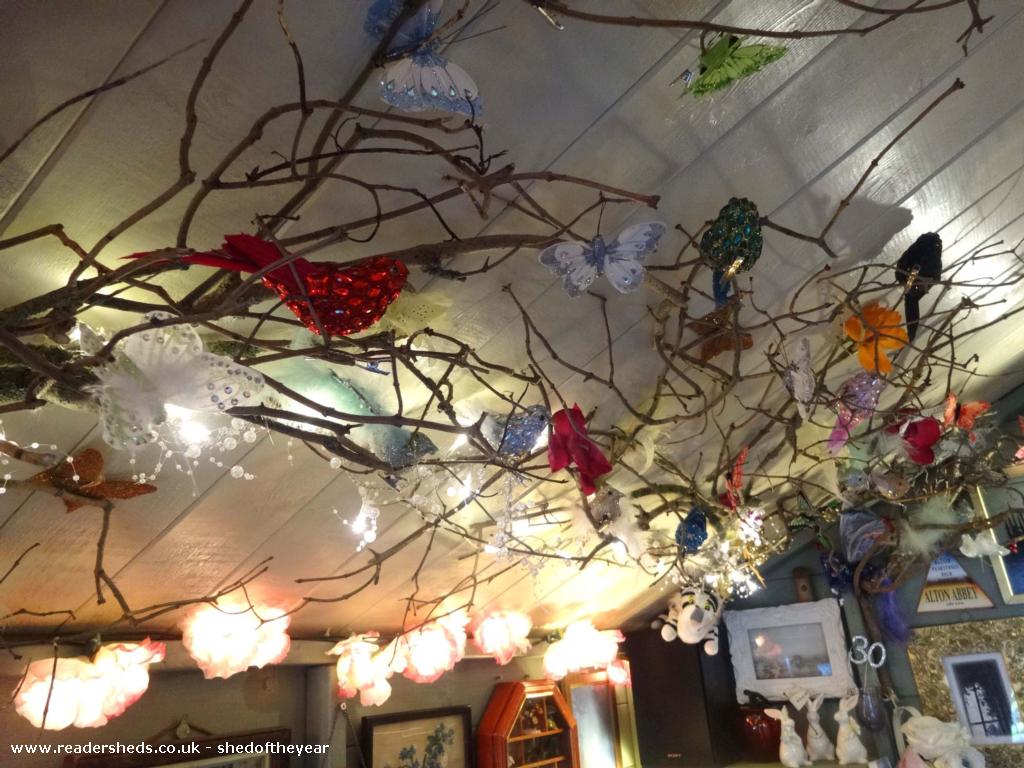 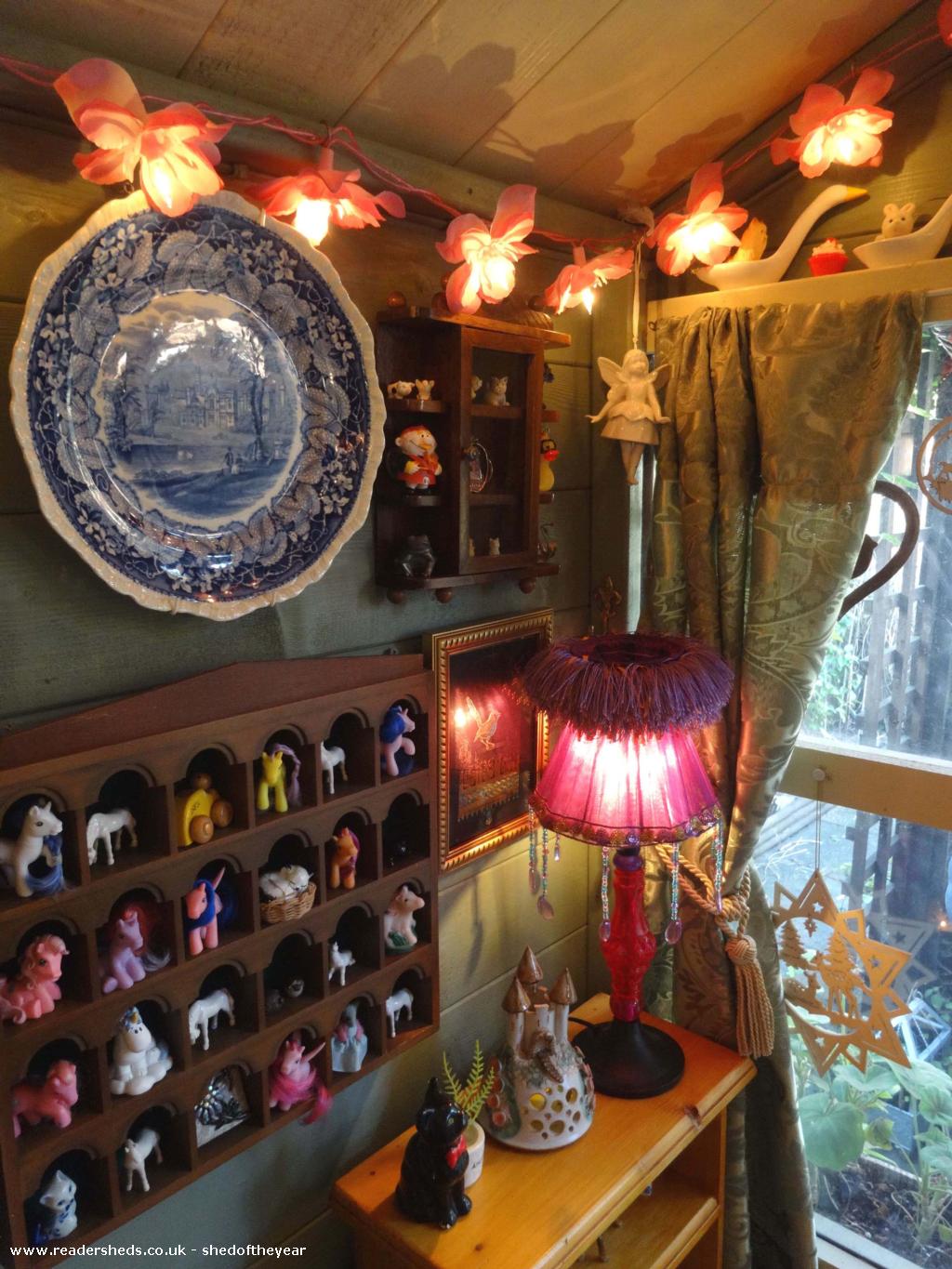 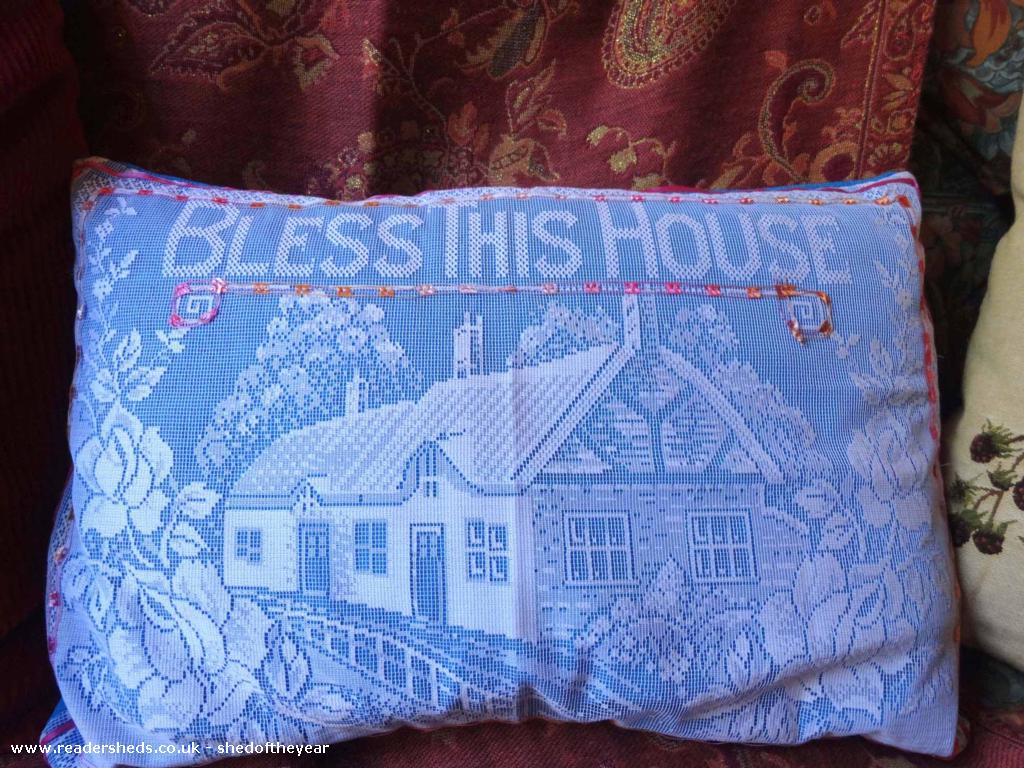 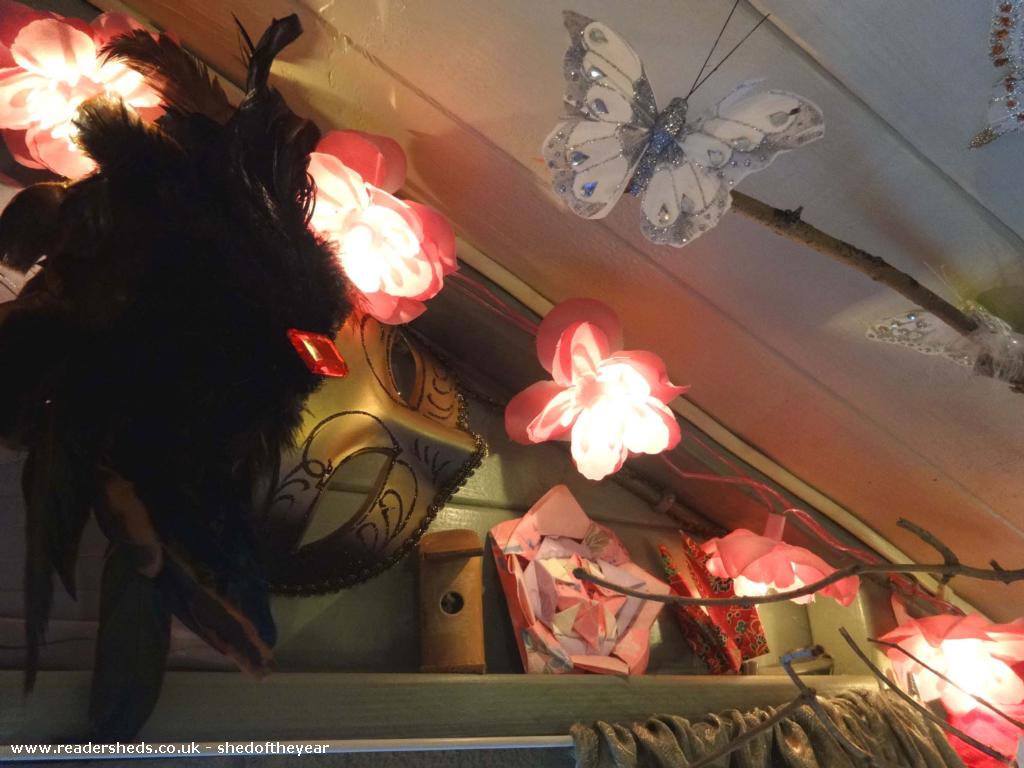 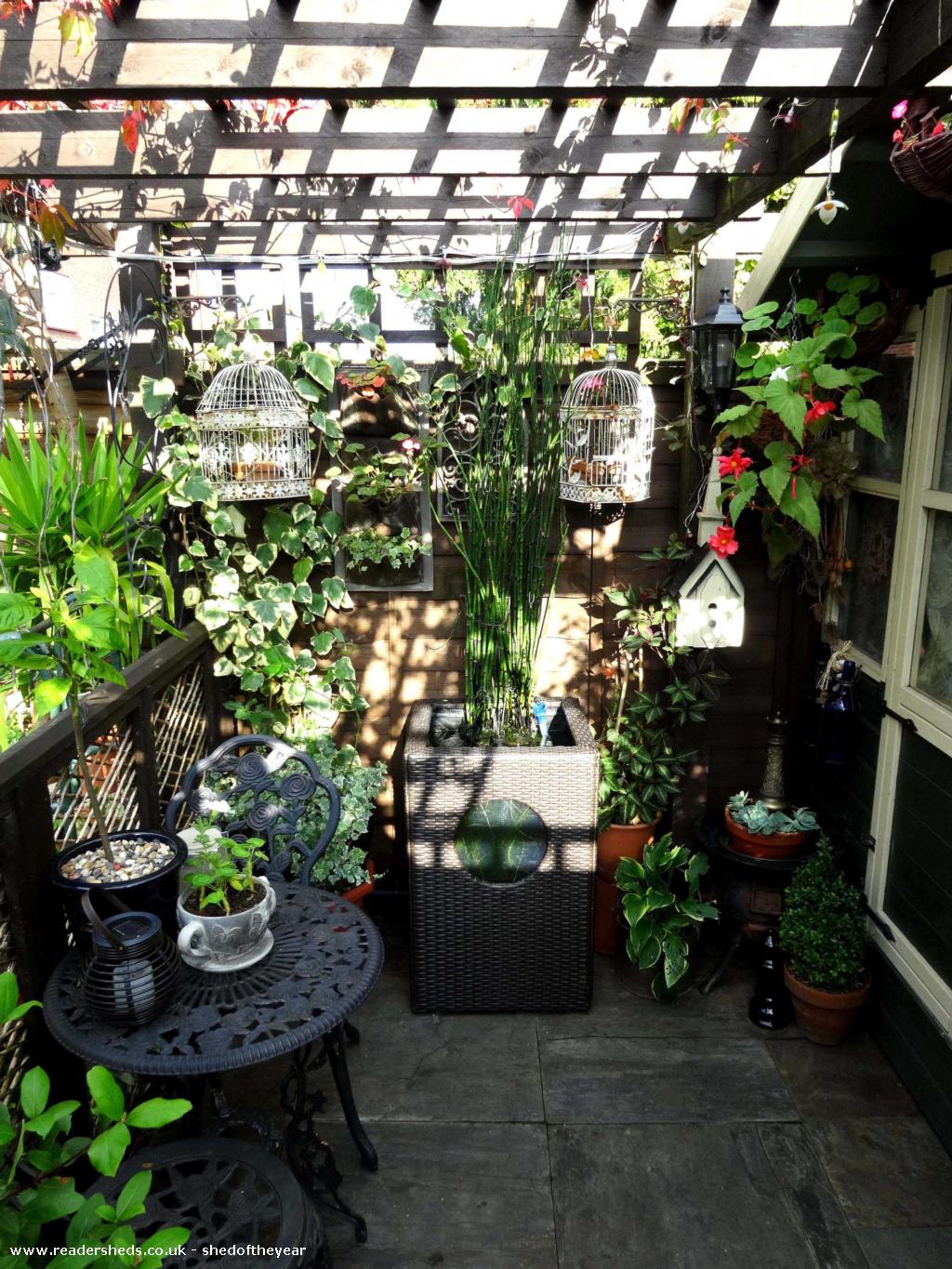 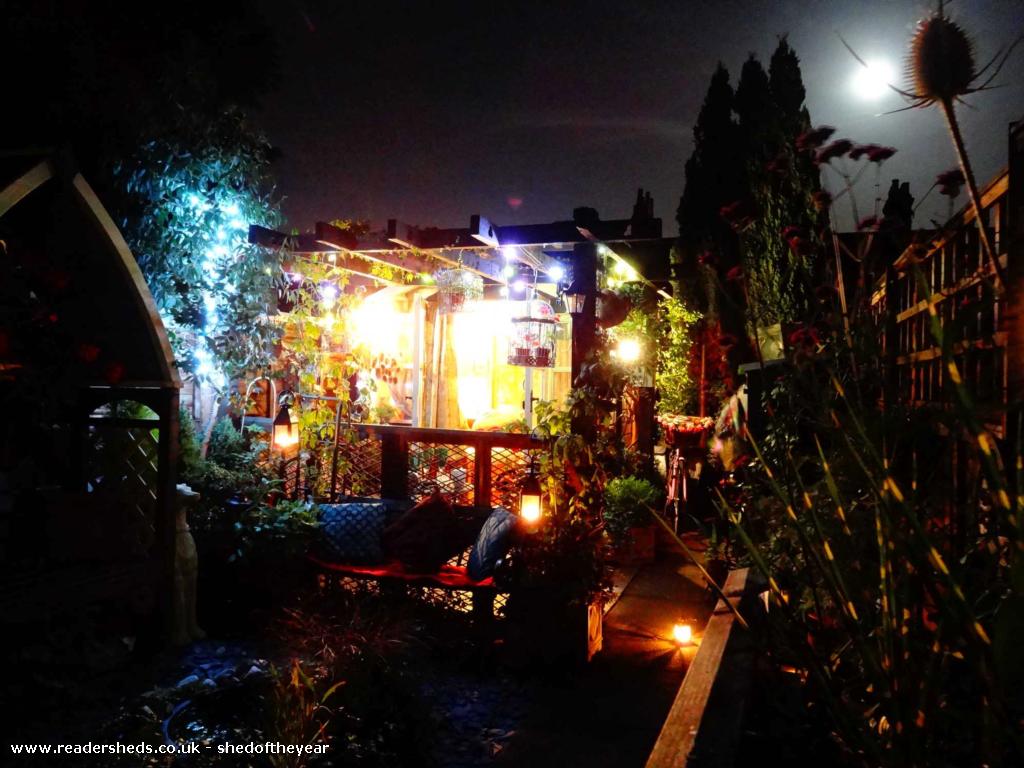 If this is your shed Add more photos Update shed details Lost your password?
£250 to £499

My summerhouse and the little oasis of a garden it sits in were both inspired by the beautiful Alton Towers and its garden (the house rather than the theme park!). Inside the summer house are many pictures and trinkets from Alton Towers history but over the years they have also been joined by many more curiosities that have been collected from holidays, left to me by grandparents, found in charity shops and given as gifts. In the summerhouse anything goes so over time it has become a magical place full of curiosities that both amuse and enchant.

It has a cosy fire and surround so you can snuggle up and relax at any time of the year and enjoy the view of the garden through the changing seasons. In the summer when the doors are open you can watch the fish swim by the porthole windows in the water feature on the patio and as night time falls a host of twinkling lights make it look truly magical.

My Step Father who is an engineer helped build the summer house and he also designed, built and installed the pergola over patio. On building it my step Father manged to trap himself in it as he hadnt removed two screws from the doors before installing them much to mine and my Mums amusement. We did however finally let him have a hack saw so he could escape. He and my Mum loved my summerhouse so much that they themselves had one built in their garden complete with fireplace.

You can see this shed video here.