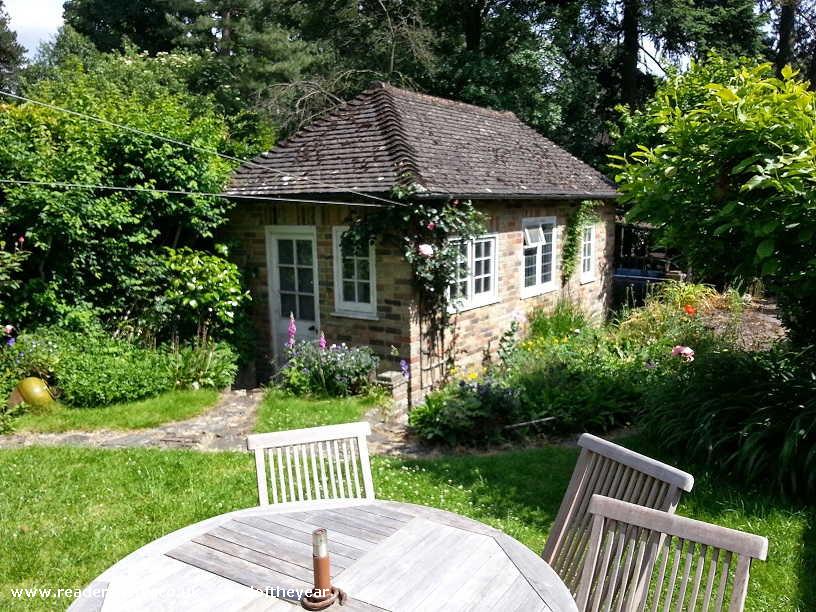 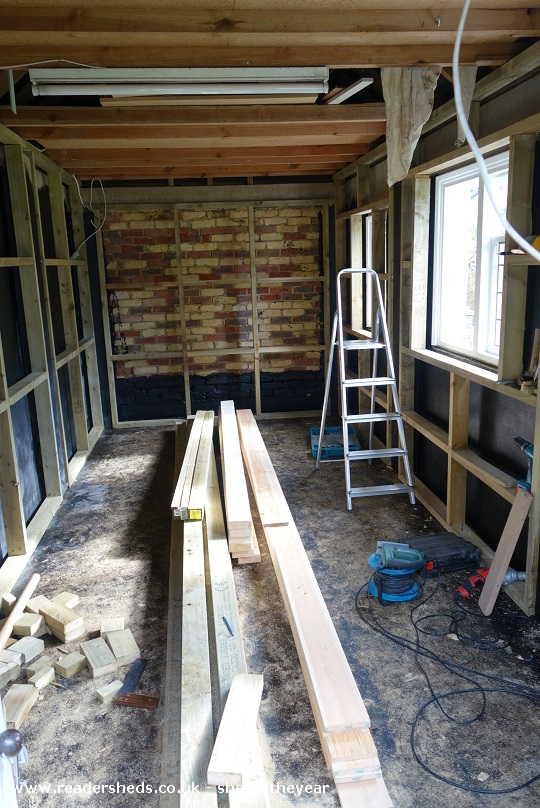 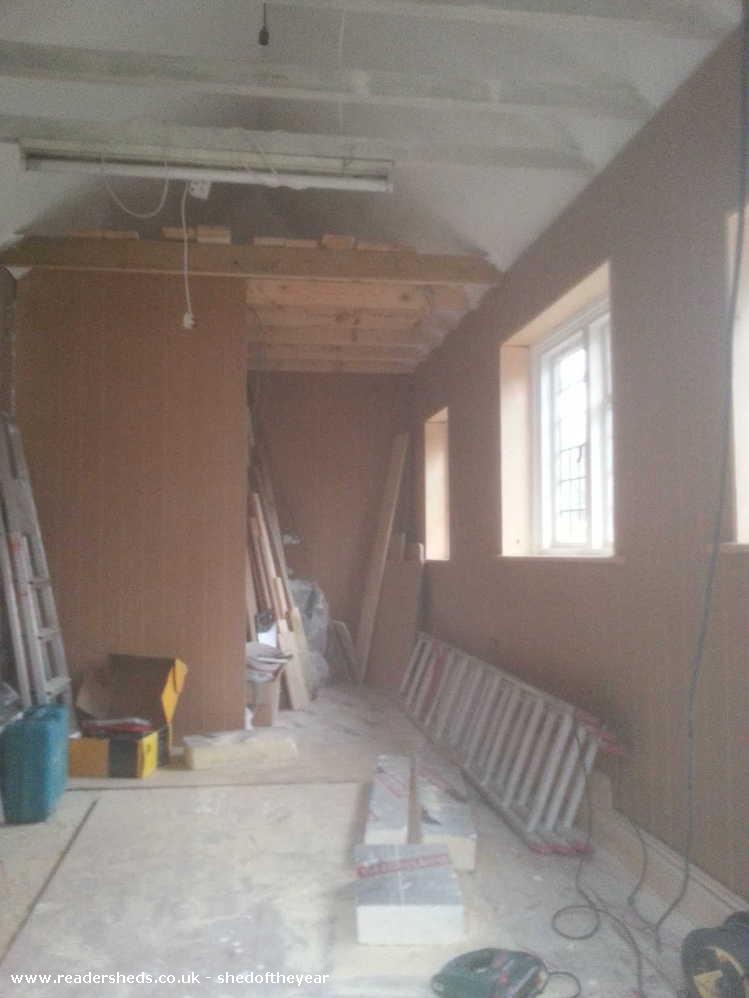 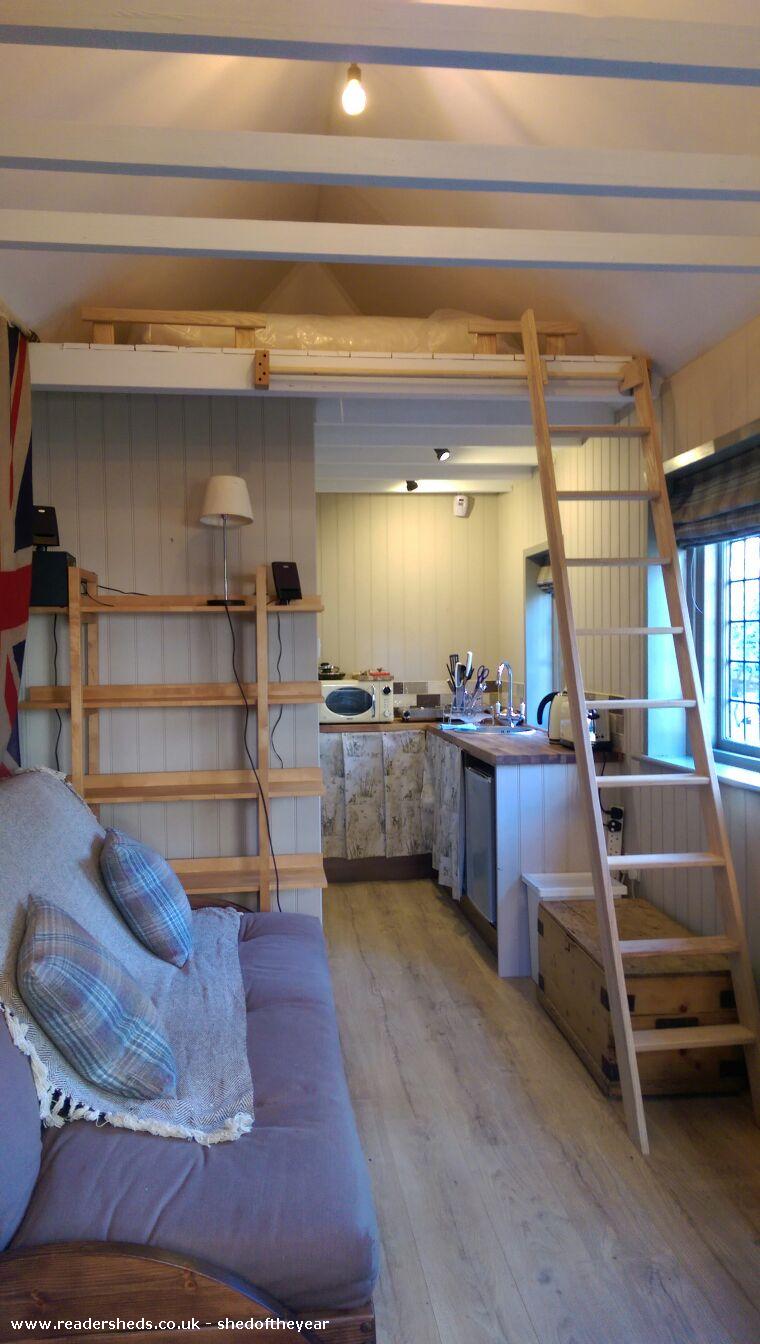 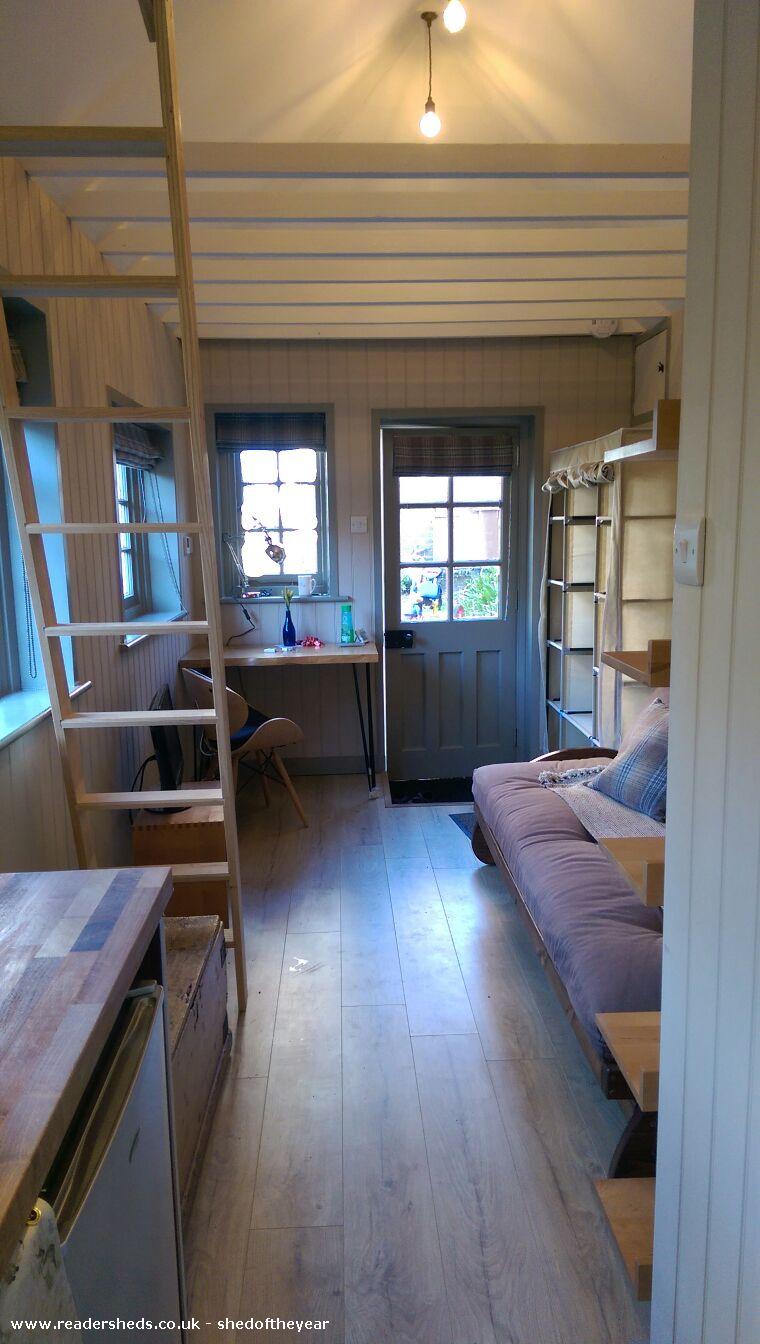 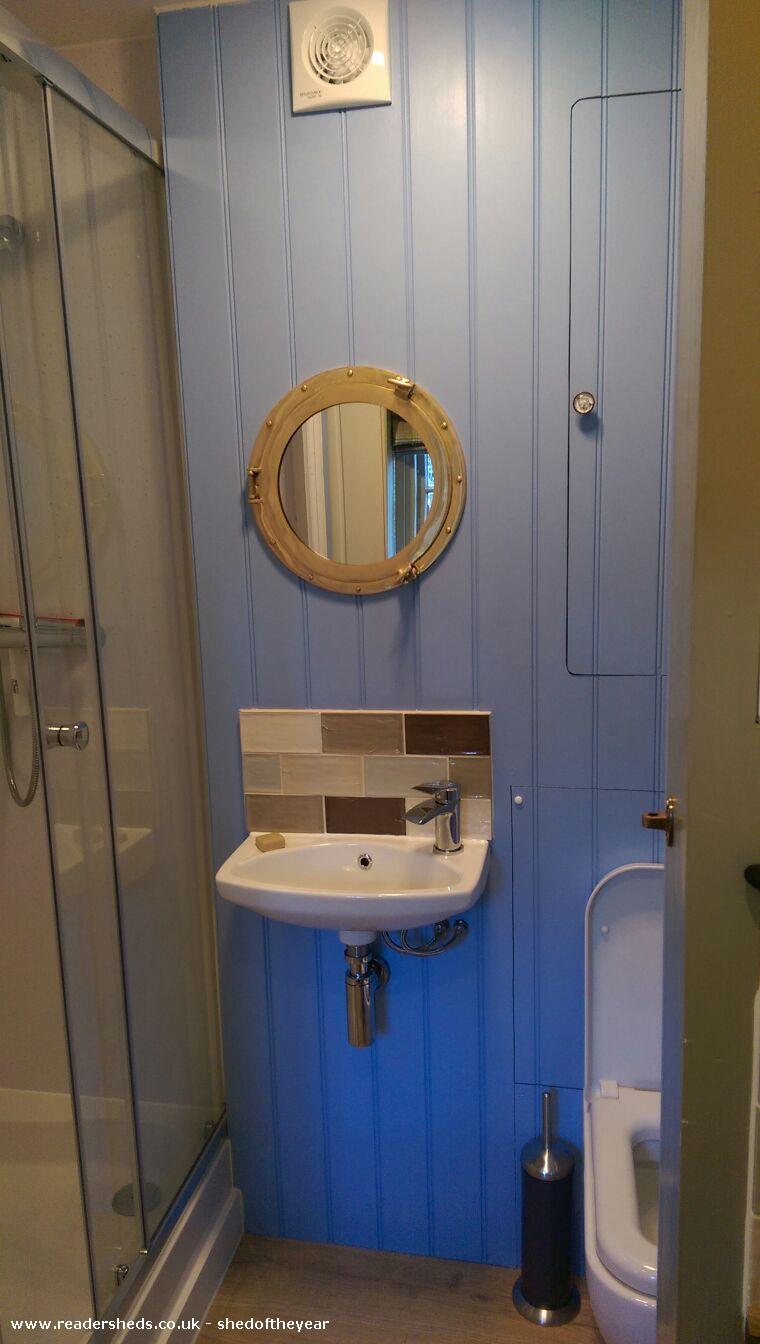 All photos are copyright of the sheddie Grant Hammond

The basic idea was to convert my old grey 60's garage which was full of junk into a cosy, northern European style cabin / micro house.
The original garage itself was constructed from left over bits from an extension to my house and reclaimed windows from other properties in the area which were being worked on at the time. It gives the garage the appearance of a tiny cottage from the outside.
The conversion is a multi-purpose space for use as a home office (the desk is made for a slab of chestnut I bought on ebay and polished up), hang-out area for my son when he's older, music practice room, glamping guest suite. It has a mezzanine sleeping area (accessible via a sliding ladder), fold-out sofabed, kitchenette, shower room, underfloor heating.

Work started in the winter of 2013 and planned to finish by the summer of 2014. I first had to build a small shed in order that I could empty out the garage and start the build. Progress was fast, then my son was born. However, fast forward a couple of years and with a bit of persistence, it's all done.