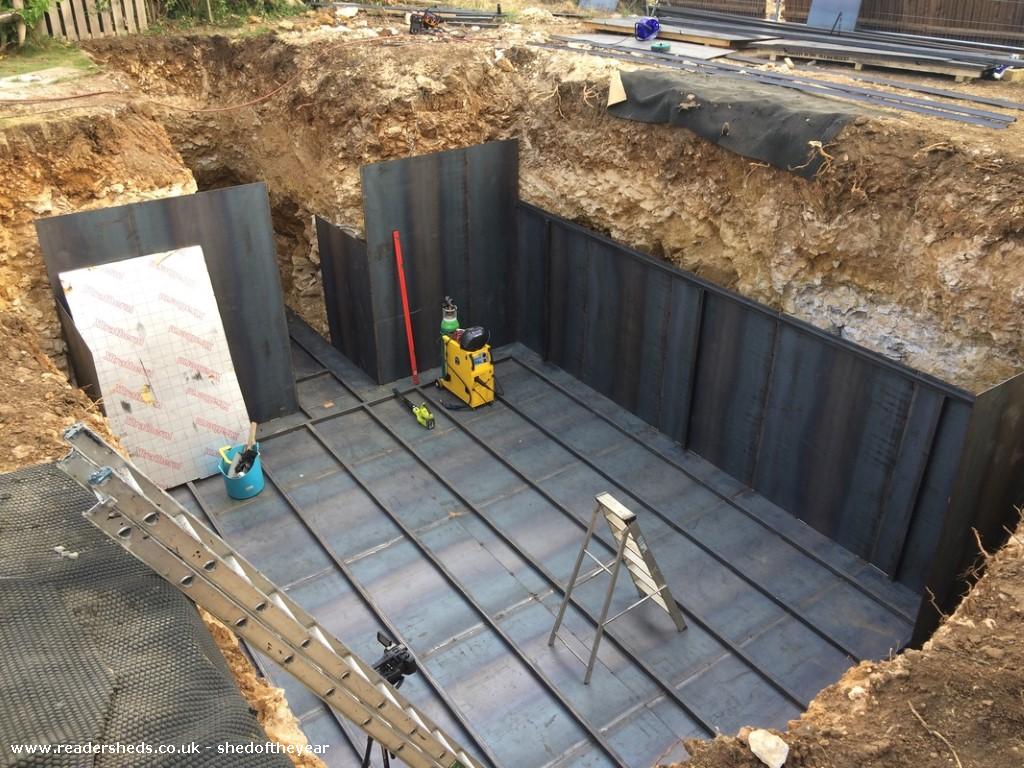 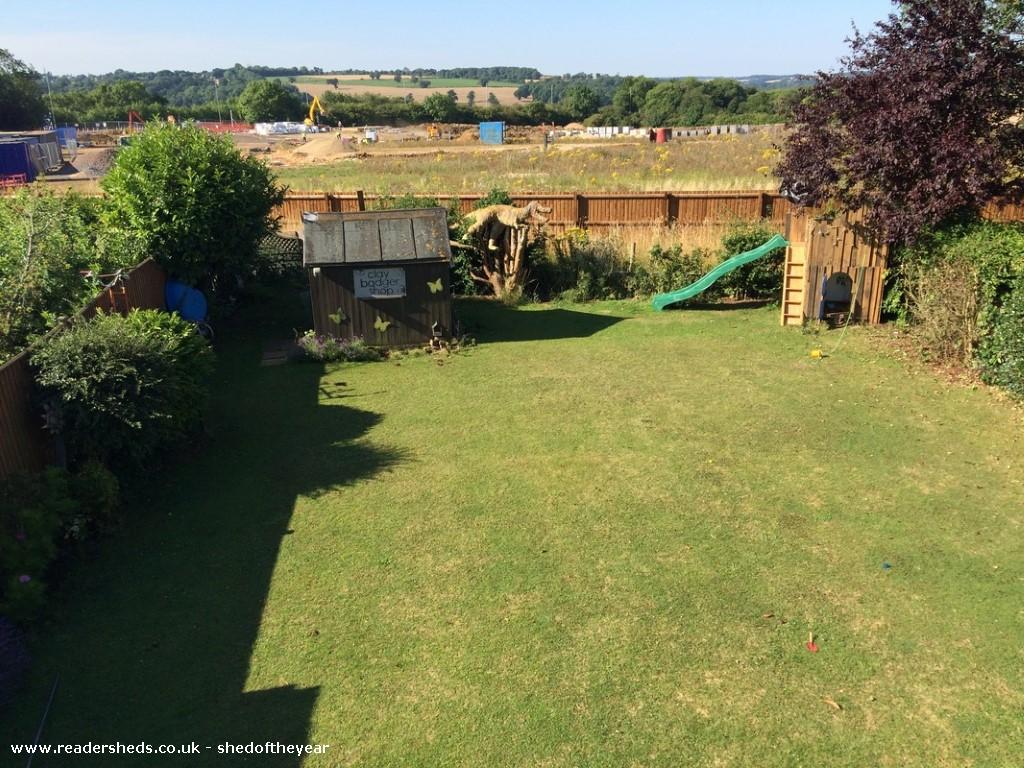 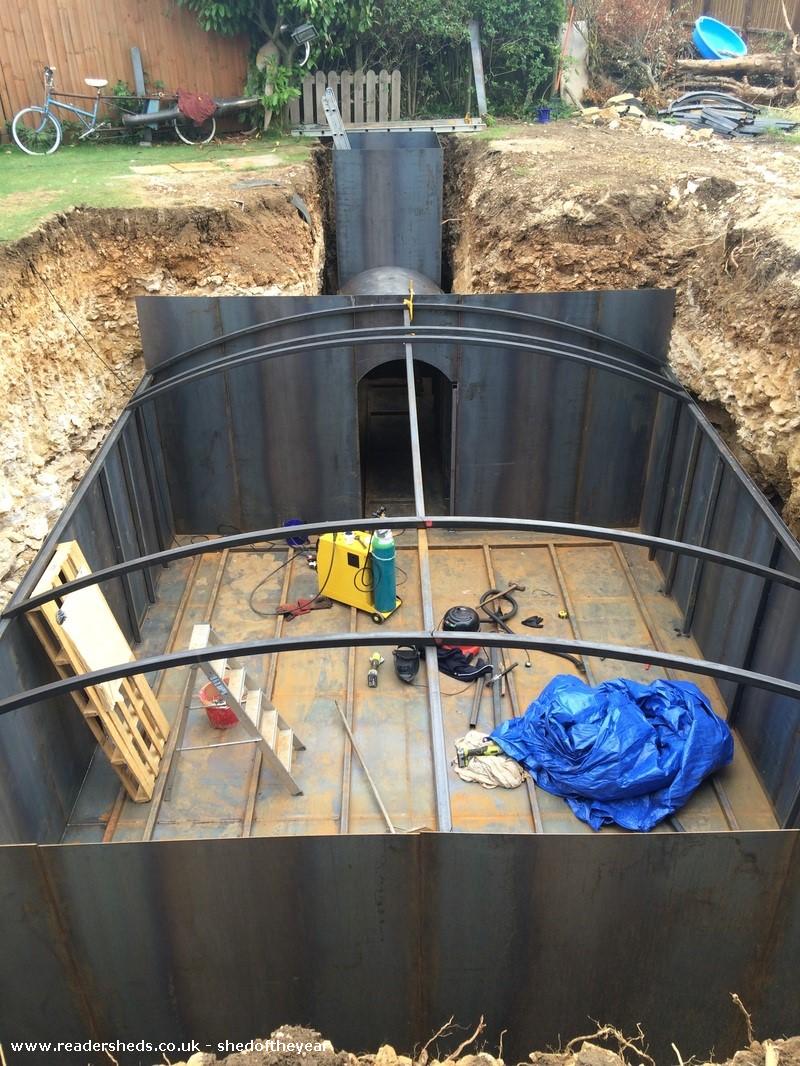 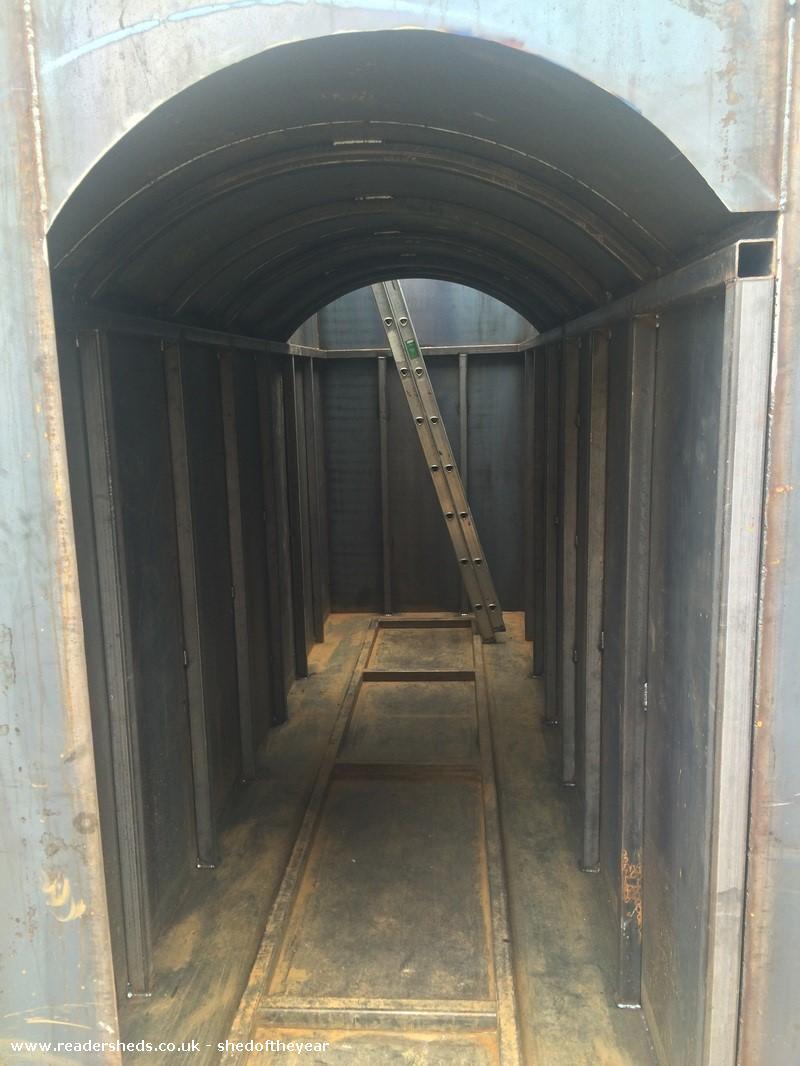 All photos are copyright of the sheddie colin furze

the shed itself is not that special it contains garden tools and family bikes... but it has a secret. Hidden under some lovely budget rugs is an enterance to an underground bunker/man cave. lift the trap door to reveal a ladder which will take you 4 metres underground, along a short tunnel to reveal the ultimate hide away room (16x20ft).
It contains everything including Sky TV, playstation, drum kit and band practice area, if you want to make a noise this is the place to be... 3am drum sessions are not out of the question!
Aswel as a man cave, its built with a metre of concrete all around it, so if the world turns on itself its the place to be and has a good store of food!

the bunker is 8 months old and has been through one winter without showing any sign of a leak! It is a constant 12 degrees which on a hot summer day is a great place to be.
It is decorated with some of my crazy inventions including the ejector bed, wolverine claws and the jettle!