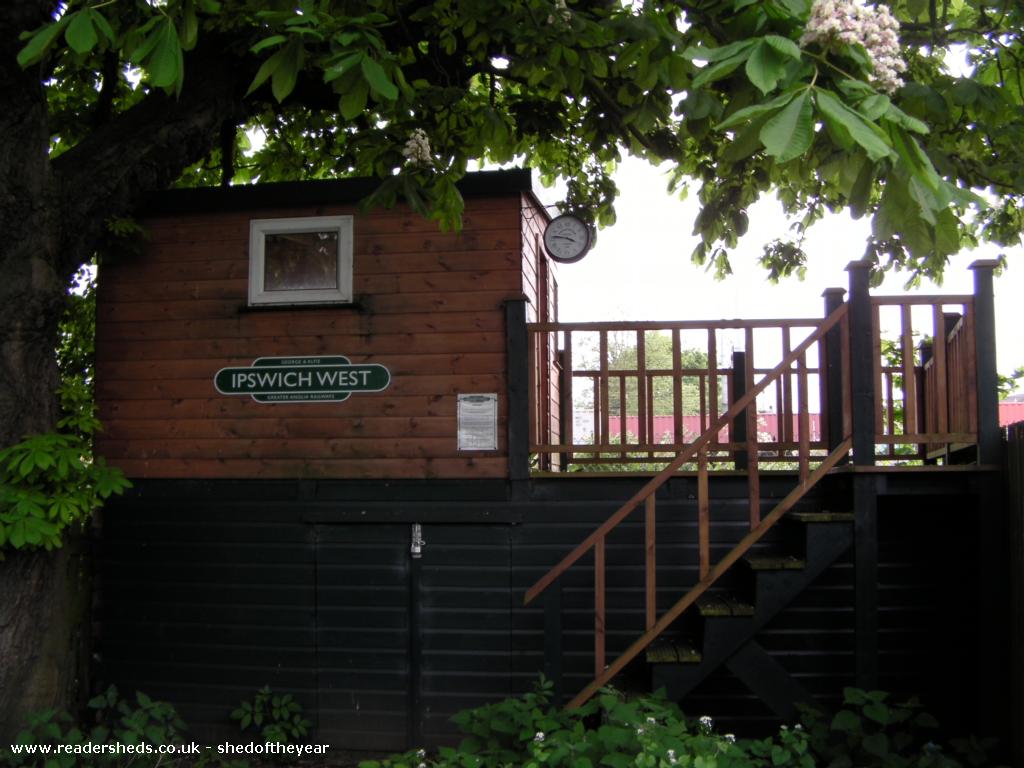 All photos are copyright of the sheddie Denis Strickland

The shed is a replica of a train station/signal box, built for my Grandsons. It has been built next to multiple active railway lines feeding London Liverpool Street, Norwich and the East Coast. It looks and feels like a miniature railway building and having real trains fly past and shunters right outside is amazing!

The shed is raised over four foot from the ground and is accessed via a stairway. There is a platform next to the tracks (boundary between) and a glazed, observation area accessed via a door. The area below is accessed via double doors and is used for mass storage. The whole building is scaled for 6 to 12 year olds. I'm in the process of finishing off the interior, which will be completed around November 2016.