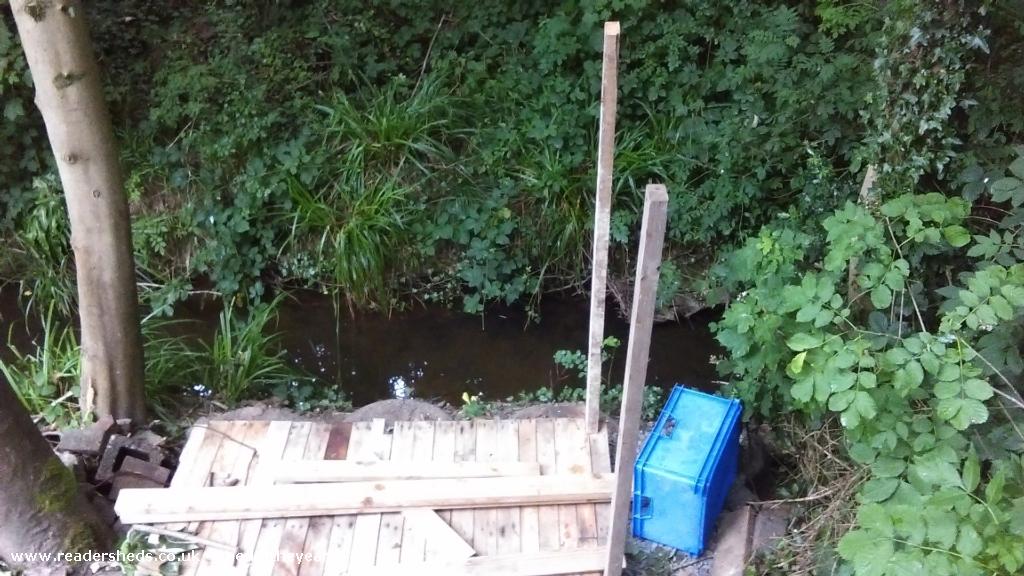 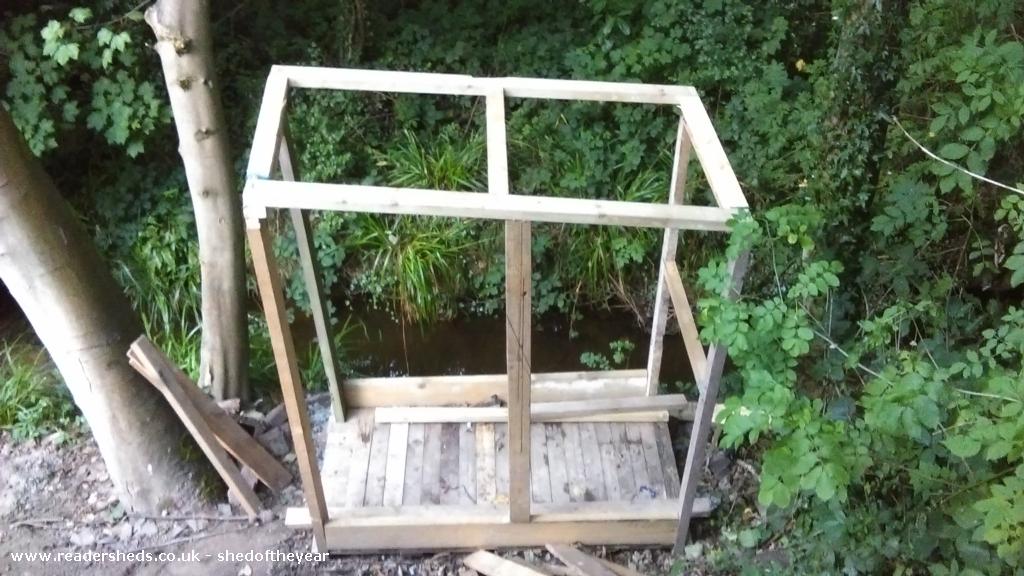 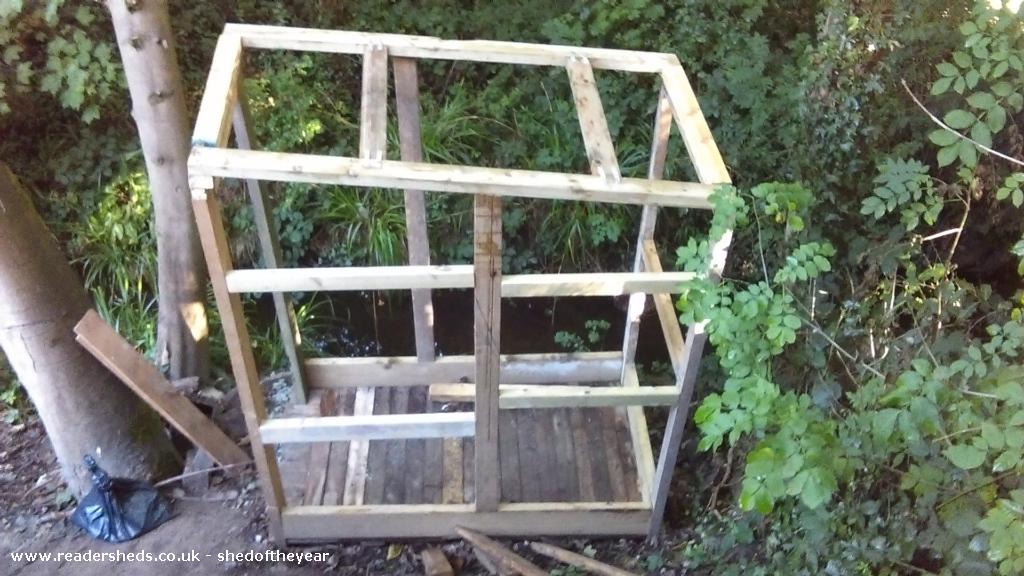 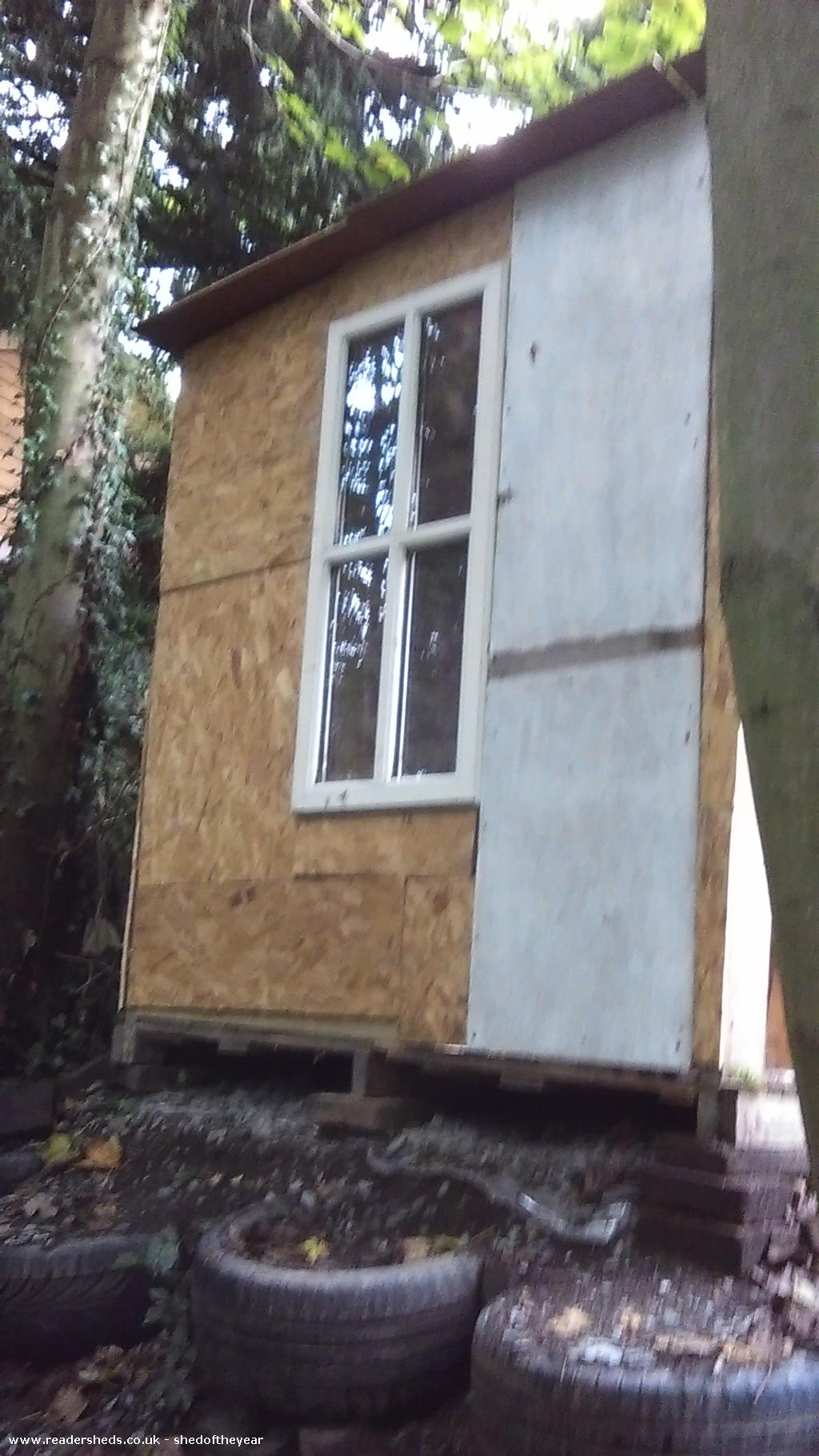 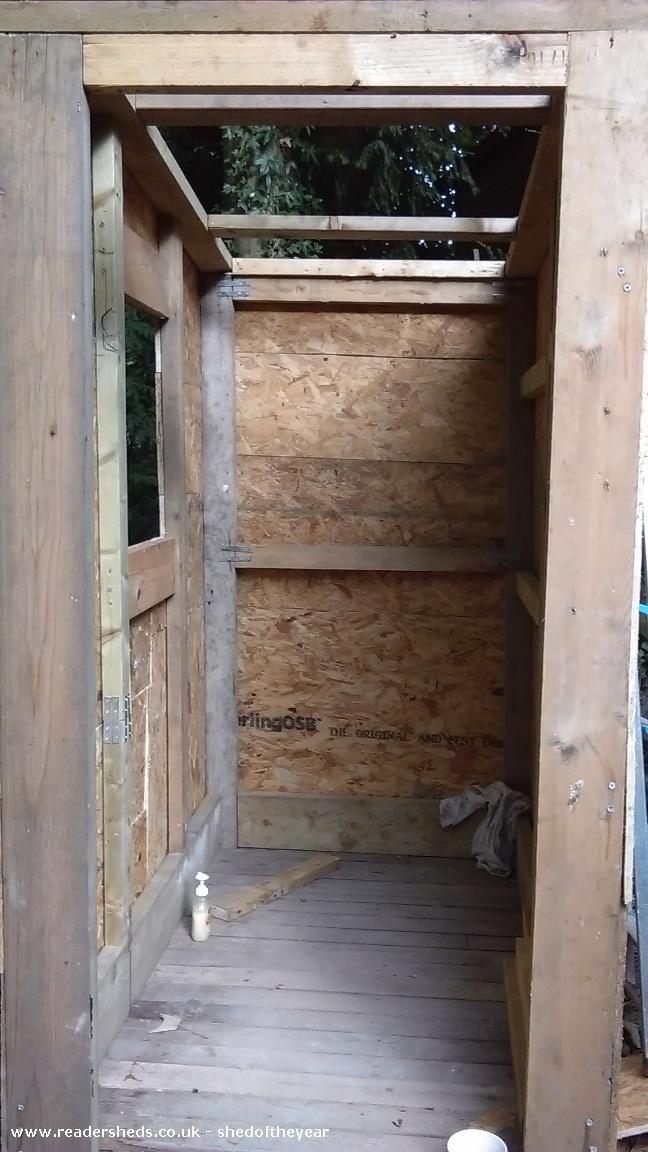 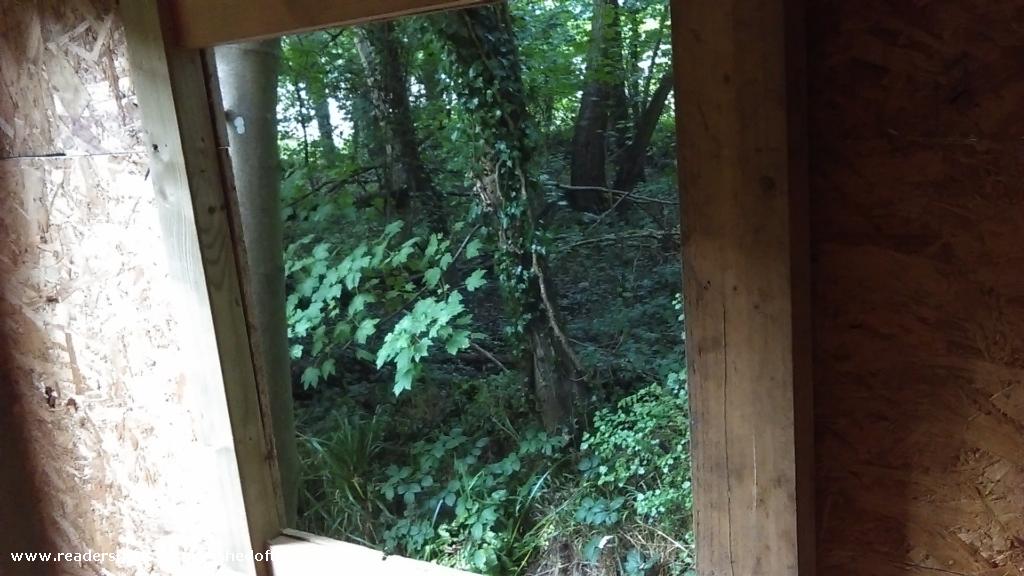 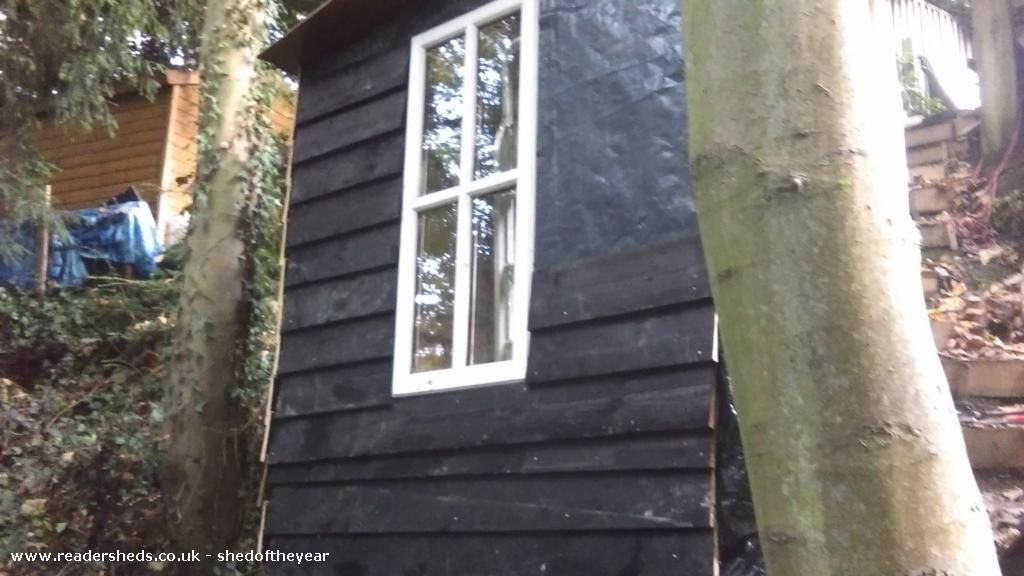 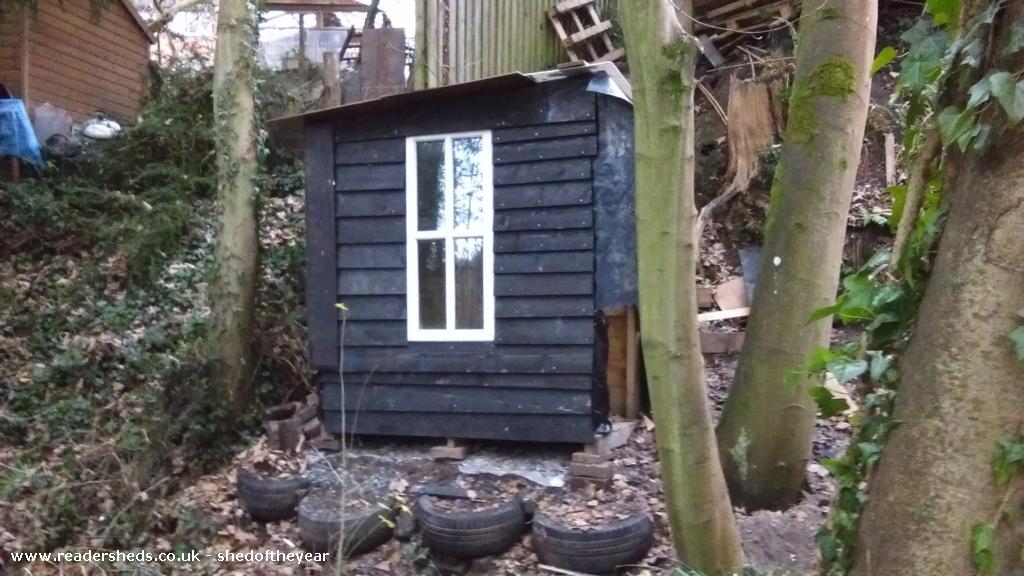 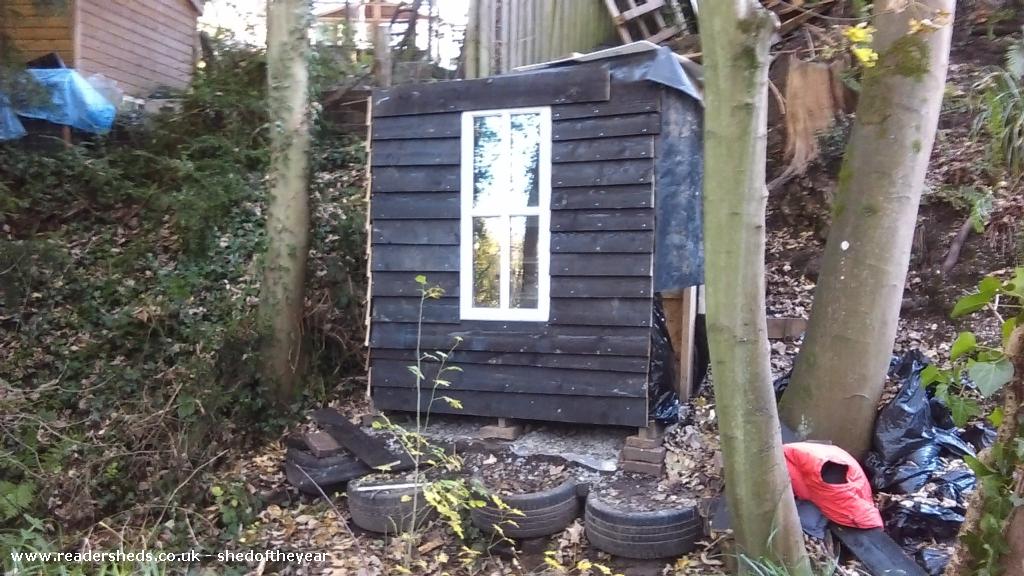 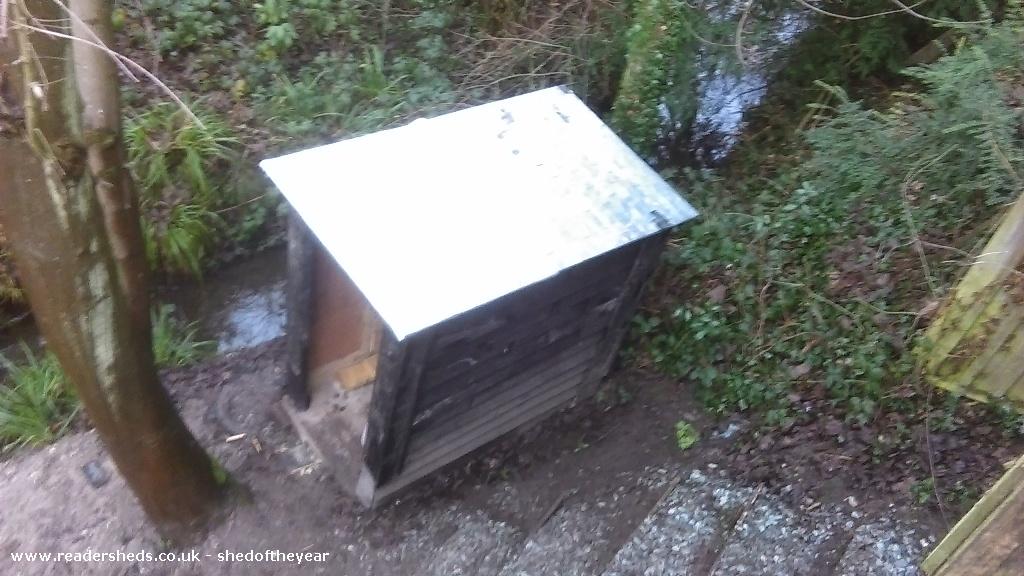 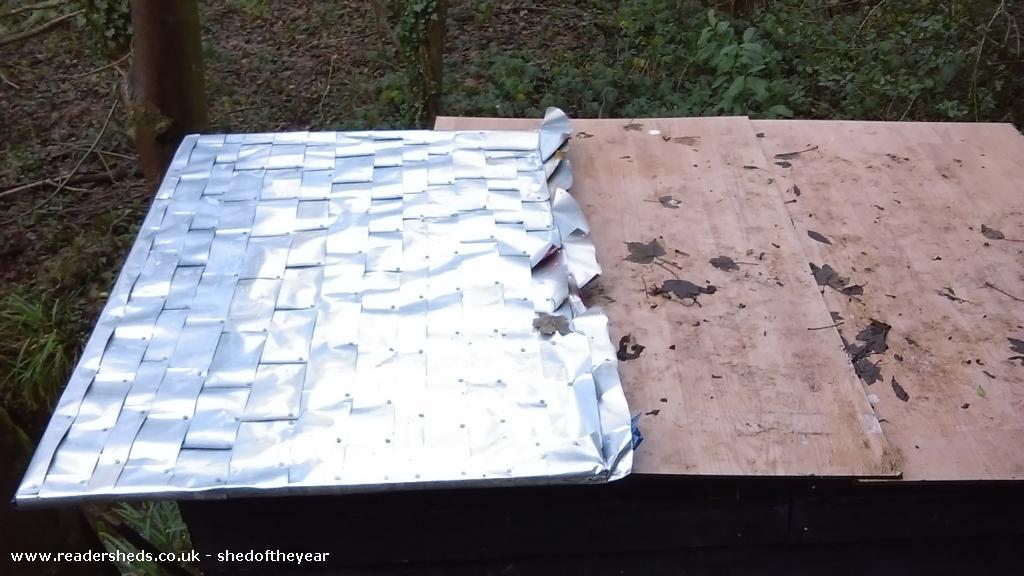 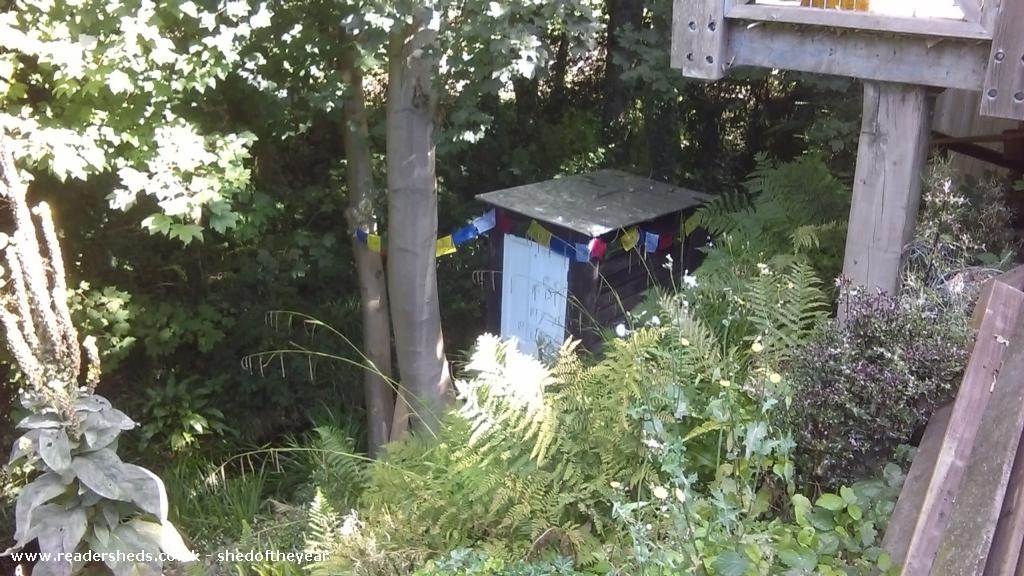 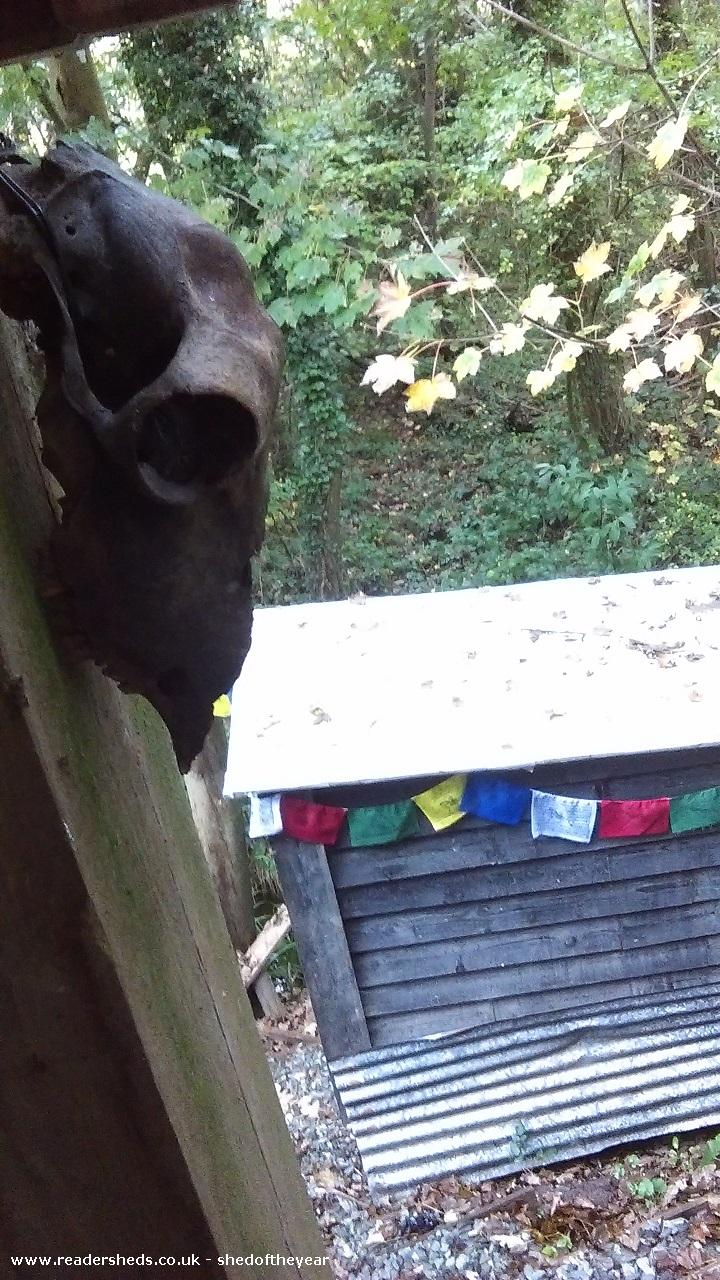 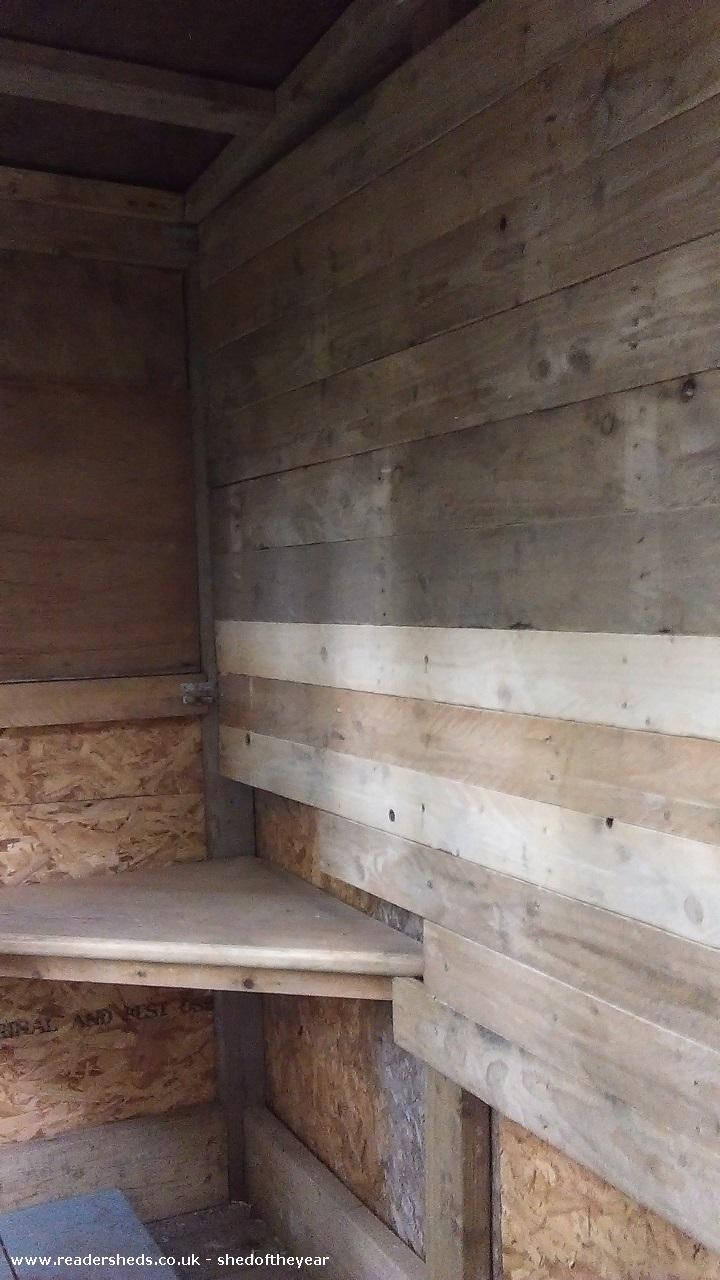 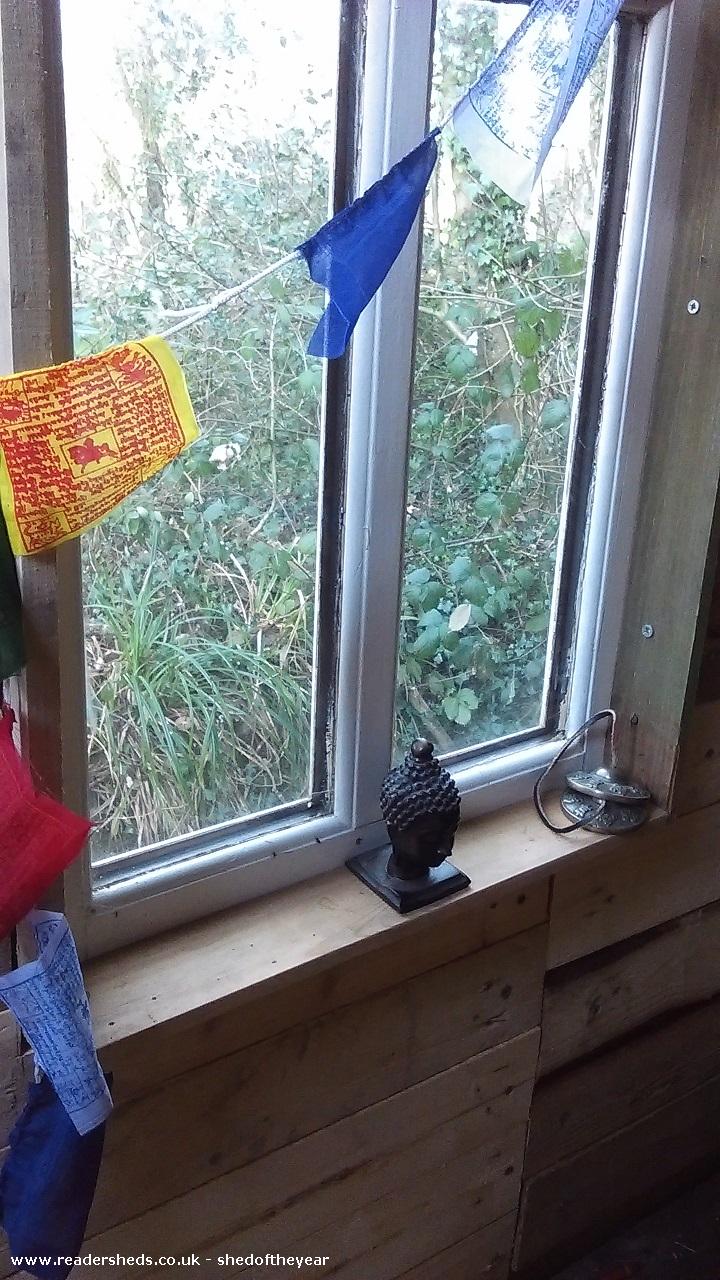 All photos are copyright of the sheddie tim

Mini Eco-cabin In The Woods

If this is your shed Add more photos Update shed details Lost your password?
Less than £100

Situated down a bank by a stream accessed via a flight of steps made from floorboards from neighbours house. It is an ideal, quiet spot with lots of woodland and water wildlife.

'Small and imperfectly formed' - measuring around 1.8 metre in length by 1 metre. Constructed from discarded wood from skips, lay-bys, donations. Window salvaged from a hotel skip. Roof covered in aluminium from around 325 drinks cans picked up in street. Fly tipped tyres used to level site for the cabin base.

Low/no cost was my motivation with this project which I started in the summer. I wanted to make the cabin look as good as possible for as little as possible. The only cost was screws, nails and brackets which totalled about 36 pounds. Quite often work stopped until more materials were found (literally). Soon to be finished - progress is more difficult during cold, wet winter months as I don't have any indoor space to work. Everything was done outside - I don't even have a workbench a step does fine. My approach was trial and error though I was surprised how strong the structure was. The initial design idea was to cut slots into the pallet and slide four posts in which worked really well. It has the aluminium can roof on temporarily at the moment while I locate a suitable 'under roof' which I am going to cover in rubber sheeting I recently found dumped in a layby. I want to do the floor in scaffolding planks. Currently cutting down a wooden door to suitable size. Great spot for all family members to play, relax, revise, work e.t.c

Nearing completion now - just one last wall to line with scrap wood. The Nepalese theme is coming through now complete with prayer flags, reminding me of one of our favourite holidays. The tranquil setting is enhanced with the sound of a bamboo wind chime.

When the cabin is finished I will move onto the paved area to front, using the recycled bricks many of which have been dug out of the stream bed.