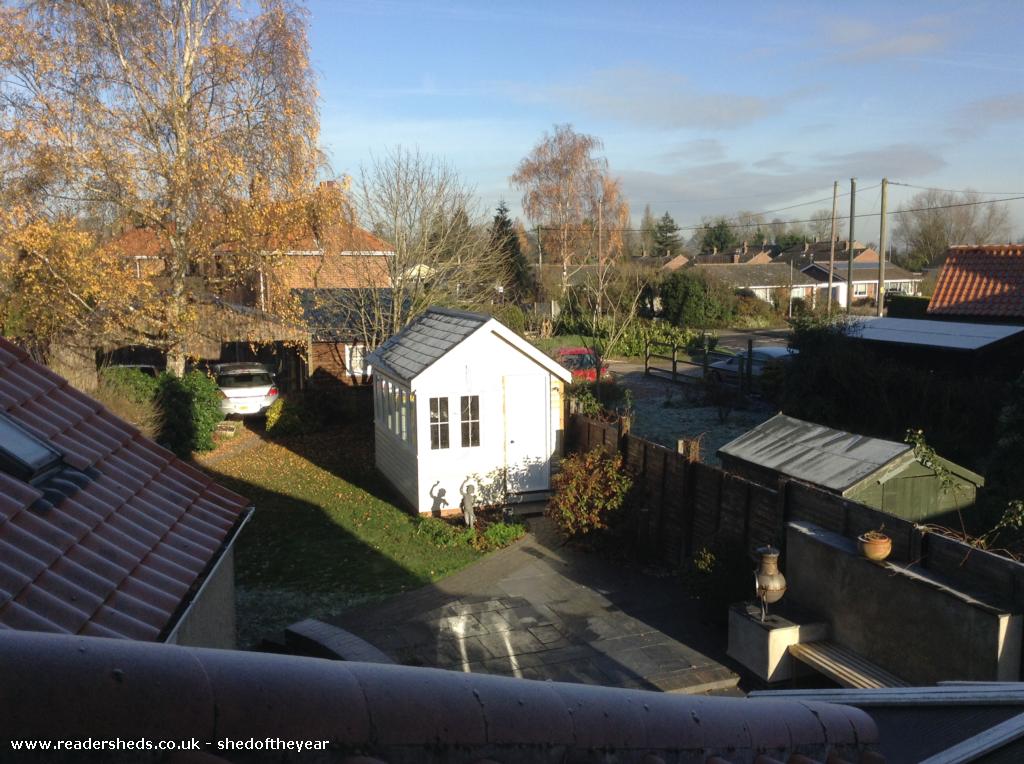 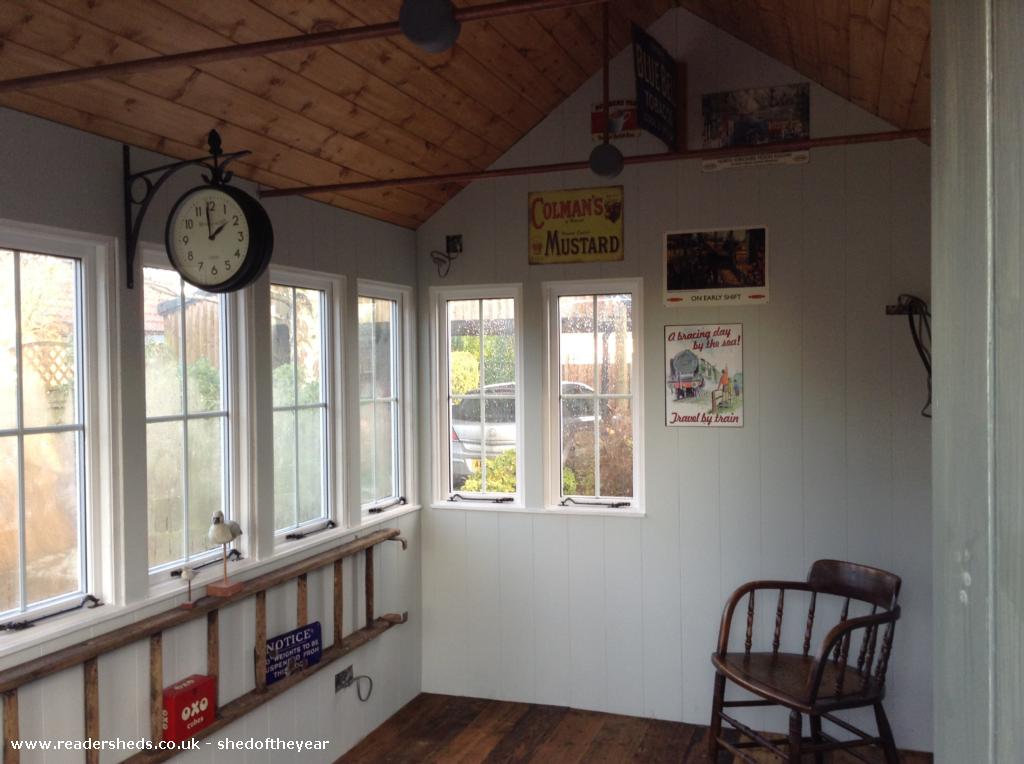 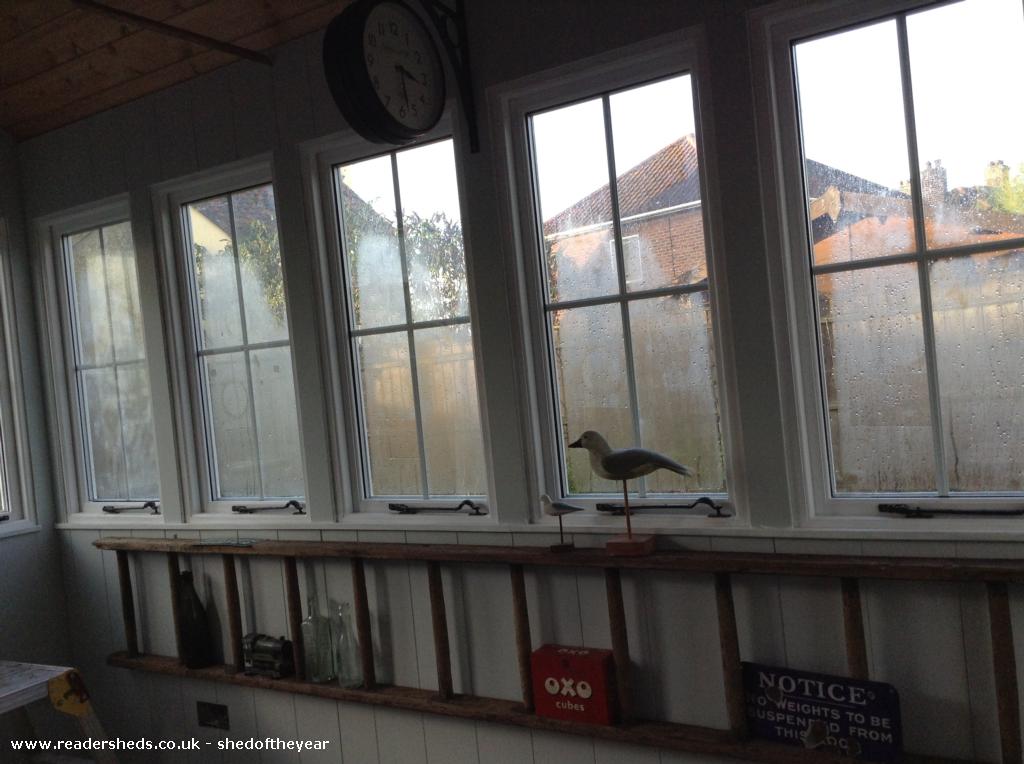 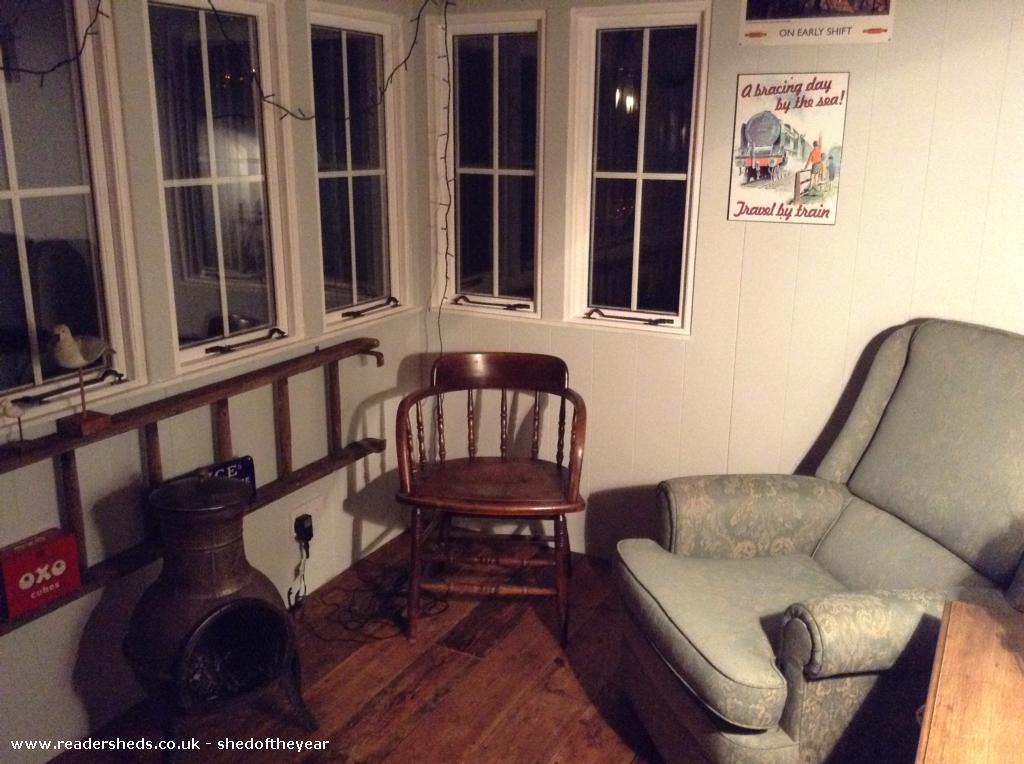 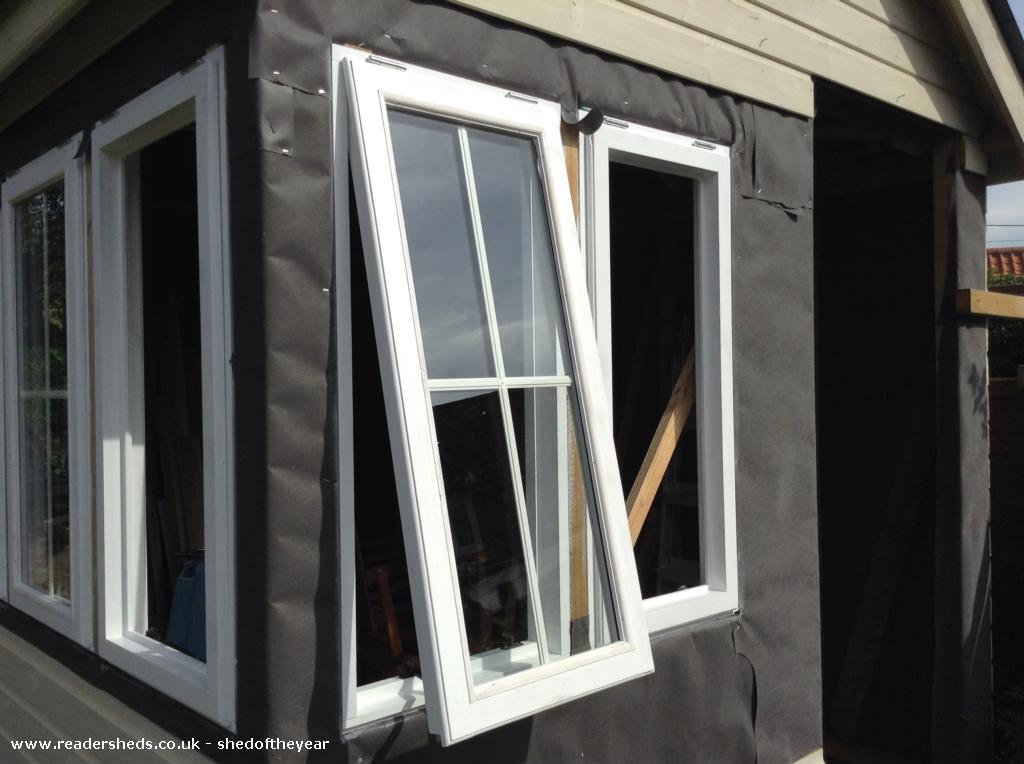 All photos are copyright of the sheddie Andy Clarke

mainly for relaxing and drinking tea! Can also be slept in. May be used for train set lay out.

Originally Andy built a playhouse for our children , a simple replica signal box 6' x 6' on raised brick piers, and we named it Roydon Halt, the children spent many happy hours in it and it was an eye catching feature in the garden, so much so, that Andy was commissioned to build another for a friend for her grandchildren, it resides just a few miles away! But the kids are all grown up, now and the playhouse had become a dumping ground. We decided that Roydon Halt should grow up too, and be given a new identity! The original was dismantled last year, with a view to relocating it and doubling its size. Last summers project was to lay a patio on its original site , which has become the 'platform area' for the new Roydon Halt. Plans as you know, grow, develop, mutate as you go along...it was decided to rebuild Roydon Halt from scratch ...but to preserve the original , it was modified and is now a very pretty summer house in my sisters front garden, just next door! This year Andy got round to building the new! It is 12' x8' of timber construction on a brick base and is fully insulated. The roof is slate. Floor is reclaimed boards which have been lightly scrapped and oiled, Andy has created a tongue and groove effect panelling on the walls. All ten window frames and lights have been hand made and top hung. A beautiful reclaimed panelled door completes the look, along with decorative touches , such as the finials on the roof. Finishing touches to the nostalgic interior are still being made!