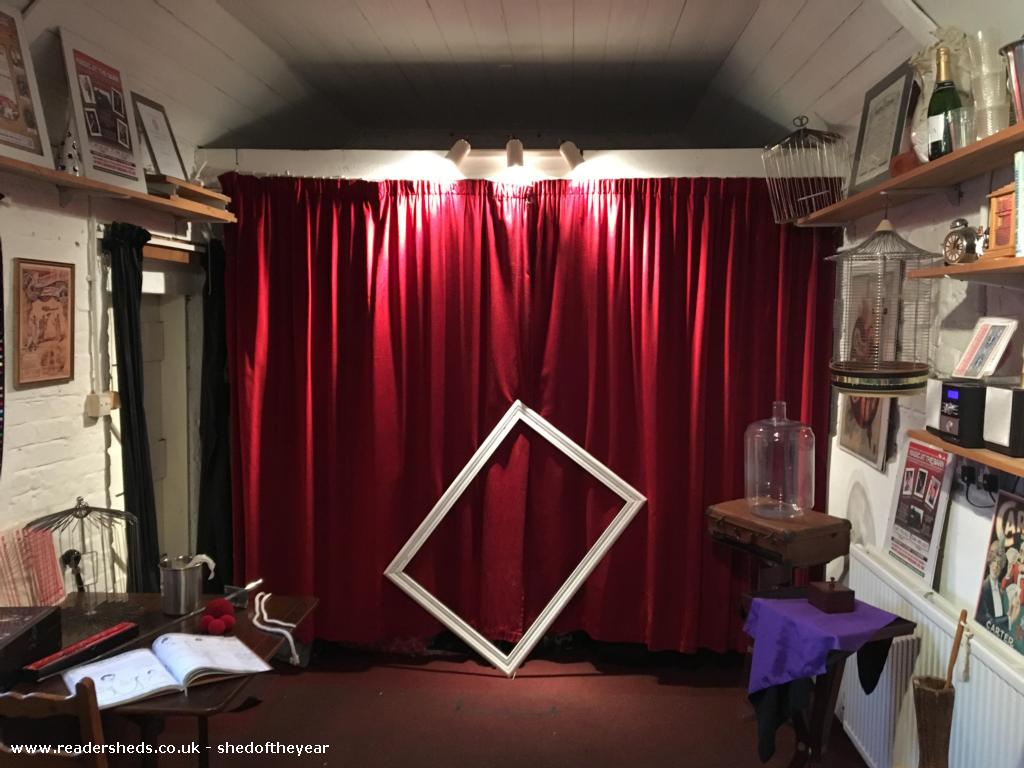 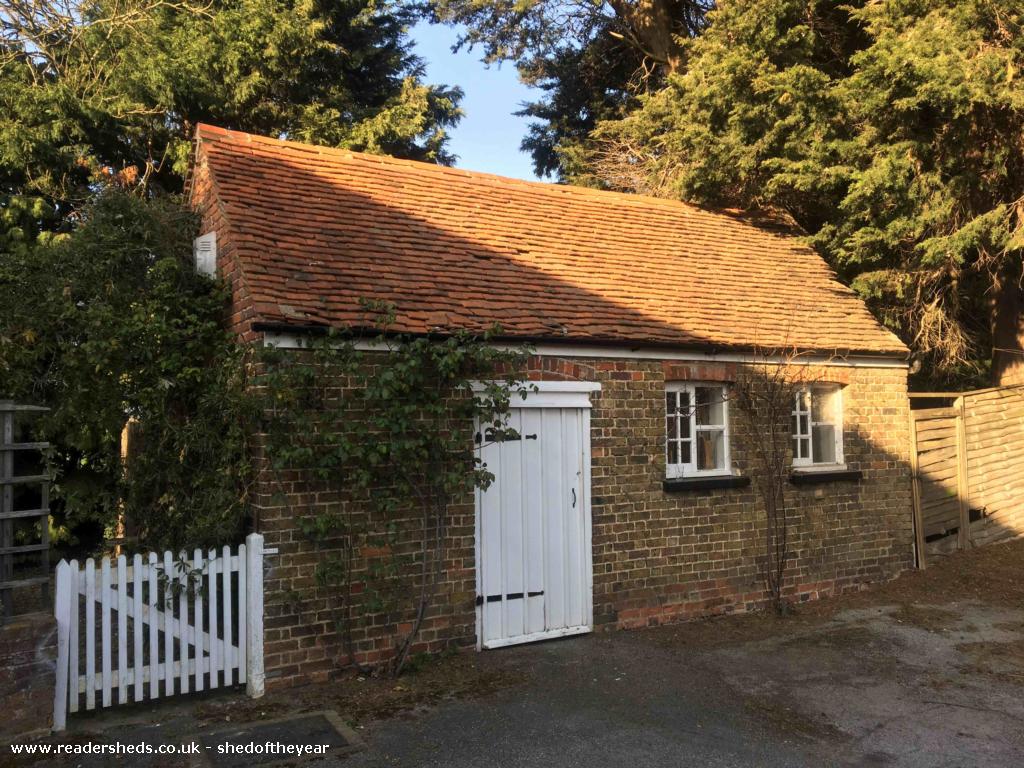 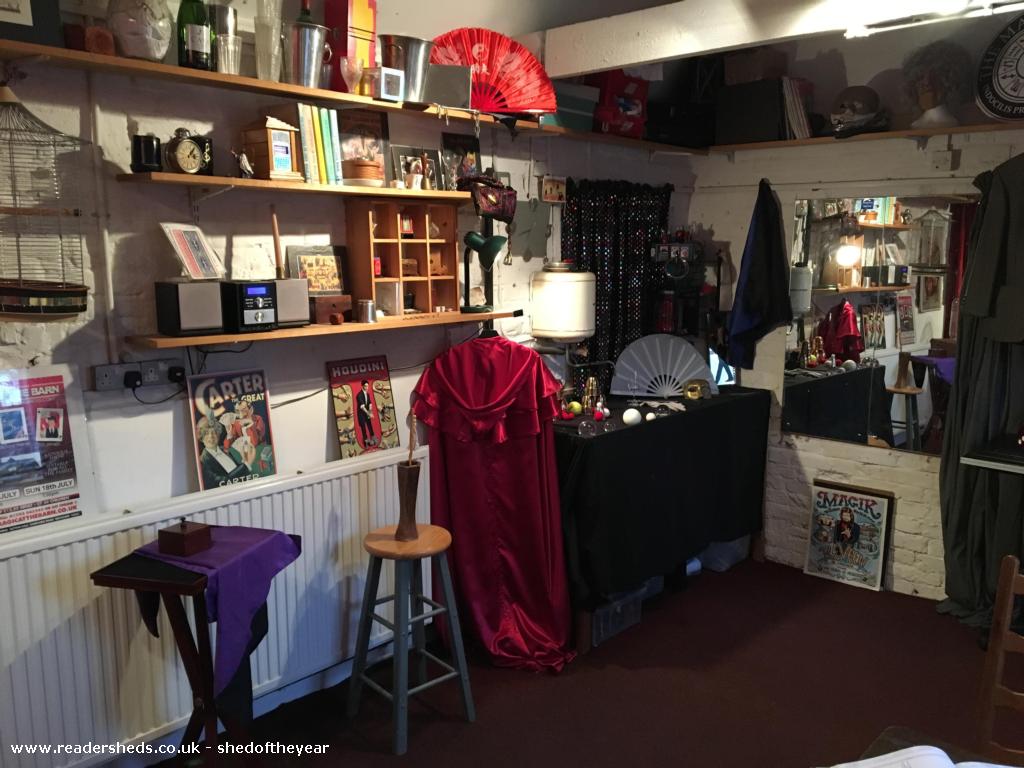 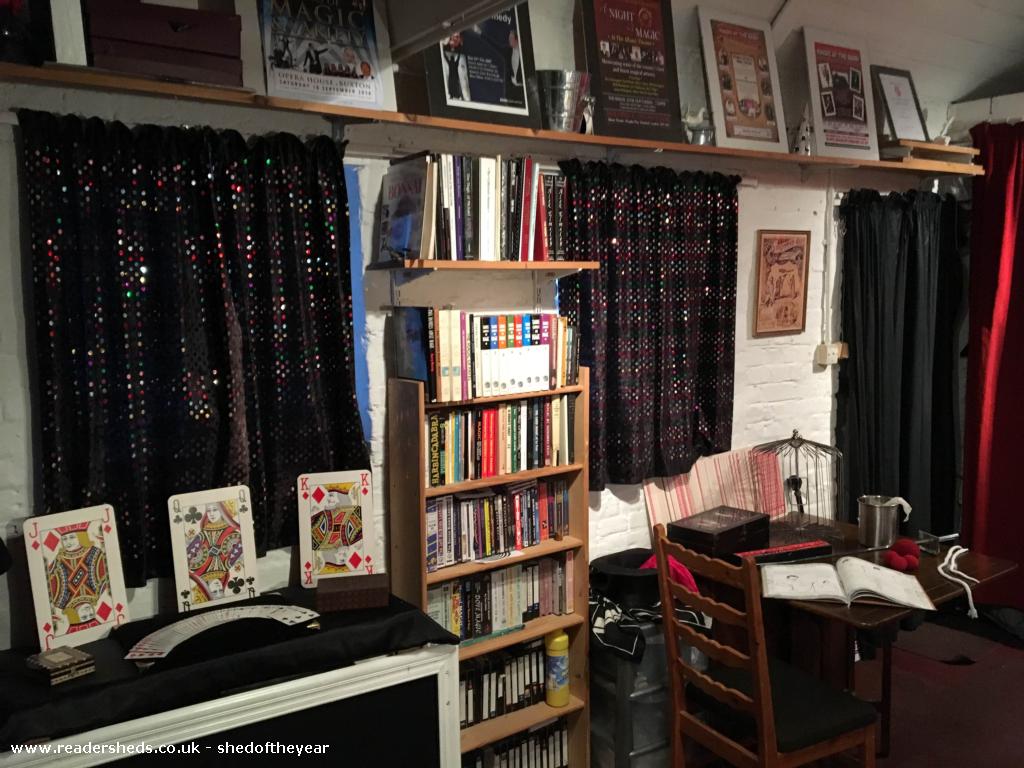 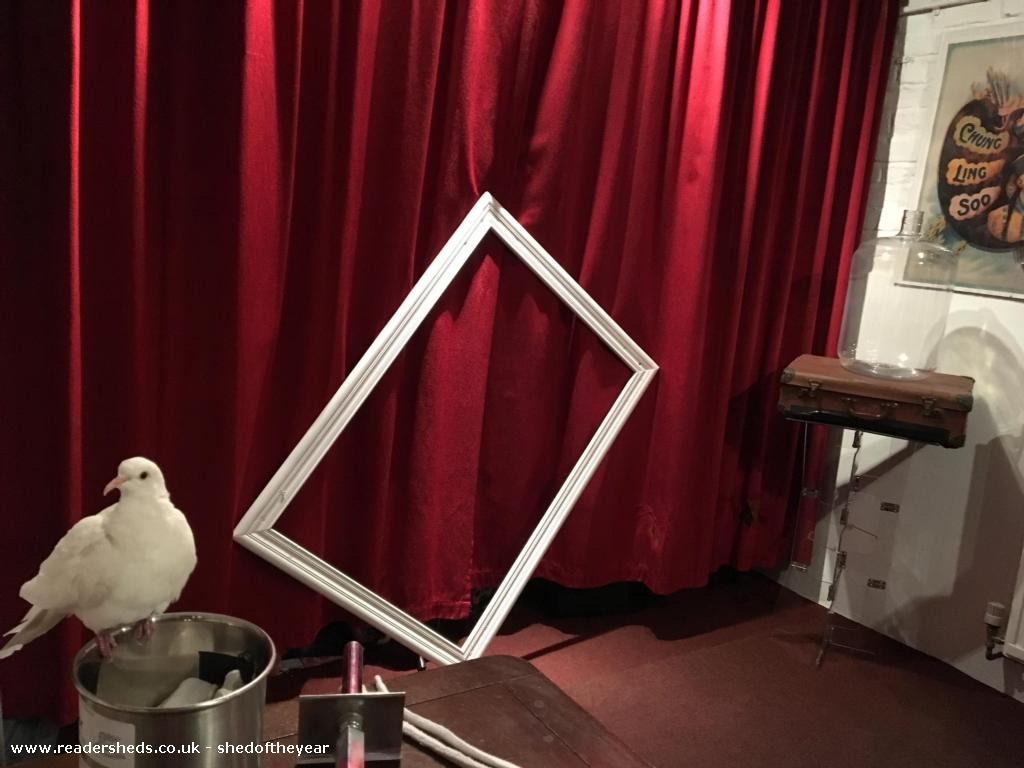 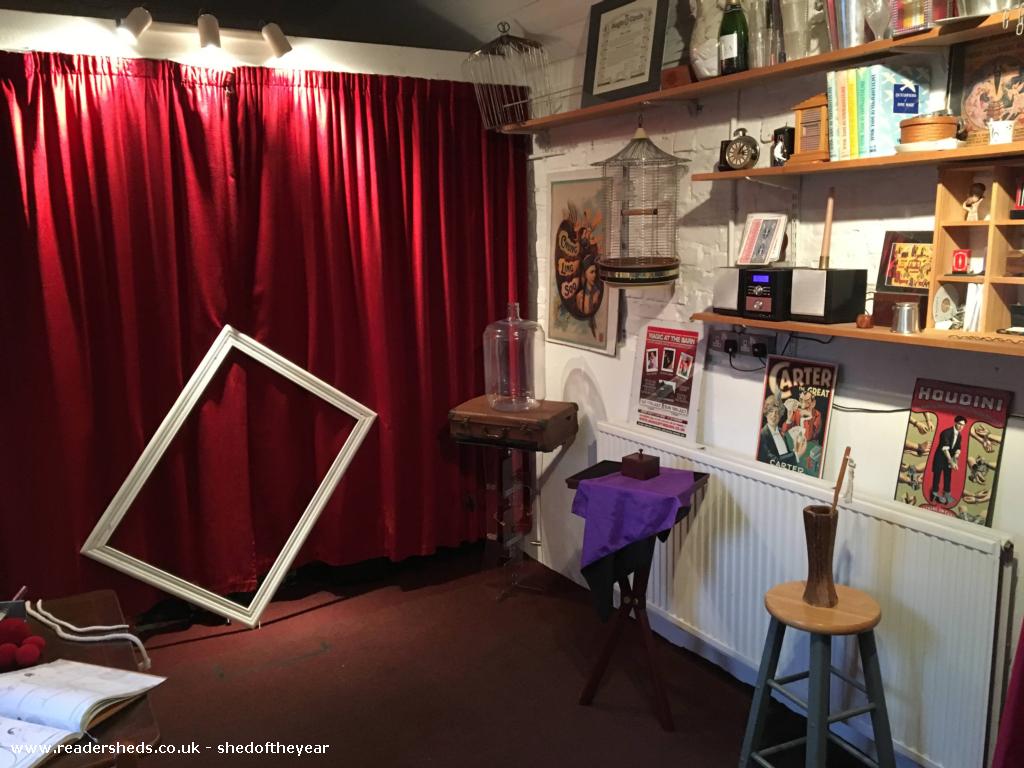 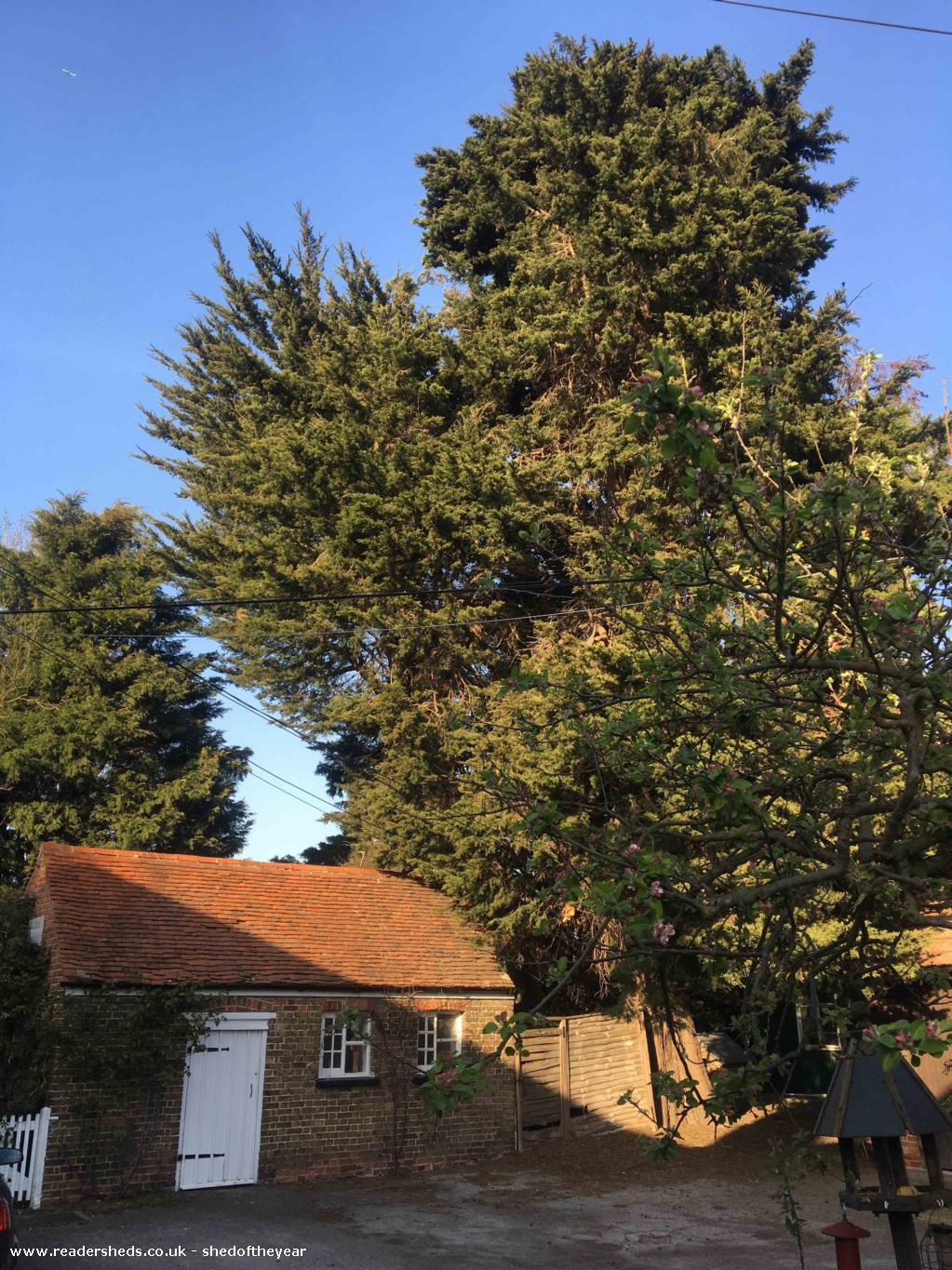 All photos are copyright of the sheddie Oliver Tabor

My building is an old farm outhouse that used to be a washer room to the adjacent farmhouse which I had converted into a magic room/studio.

I'm a full time performing magician and the room is my creative space/workshop/rehearsal studio/meeting place and performance venue. I've been using the space for 20 years and is still used regularly everyday to practice, invent, rehearse and create. I still have the same degree of inspiration from just being present in the space from when I first 'moved in'. Just beside the room is an outside aviary housing my live doves that are part of my shows, they use the room a lot too! Not only does the room ooze creativity but perhaps in it's time 999 secrets have been absorbed into the walls. Creating a truly enchanting atmosphere.

This shed is the workshop of multi-award winning magician and Associate member of the Inner Magic Circle Oliver Tabor, recently it helped him become an award winner at the 2017 European Championships of Magic. Oliver is a full time close-up and stage magician who has supplied entertainment to various events for over 20 years. He first started his career working at Davenports Magic shop in London, where for 5 years where he honed his skills by demonstrating magic and improving to perfect his art. As well as performing Oliver produces various events throughout the year including a series of London shows West End Magic at the Leicester Square Theatre and the Museum of Comedy, the Magic at the Barn shows at the Red Brick Barn in Rochford and co-producer of the Cabaret Club in Southend. He has acted a consulted to film and TV productions such as the Hollywood film 'Now You See Me 2' and BBC series London Spy. Oliver also presents lectures and sells his products throughout the year at various magic clubs around the UK including the Magic Circle.