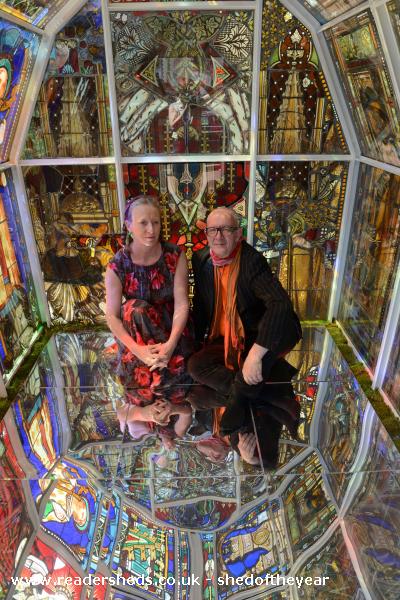 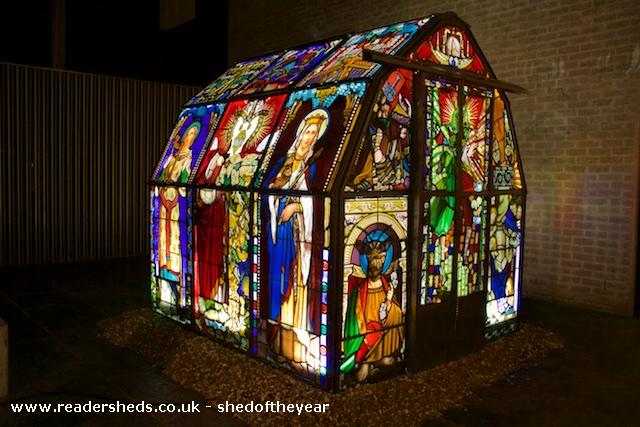 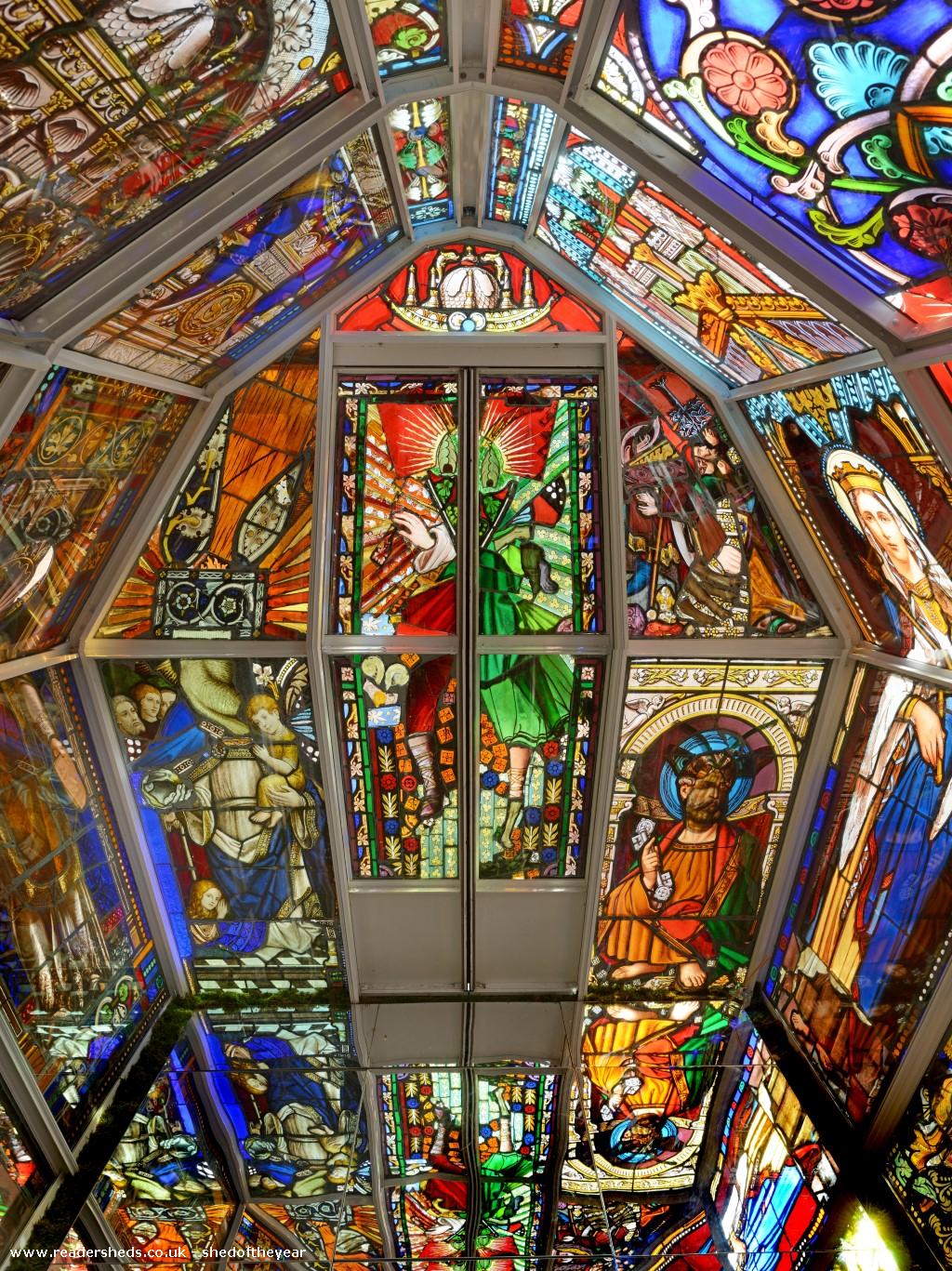 Meditation chamber and functioning greenhouse, where the magic happens

This sculptural, architectural work consists of a greenhouse, constructed from reconfigured 18th and 19th Century ecclesiastical, stained glass. The Christian iconography has been dismantled and reconfigured to present a world of chimeras, mythical creatures and folkloric hybrids  part plant/part human/part insect  which combine to suggest an archaic, more primitive world. The walls are adorned with symbols and patterns which humans have used for thousands of years to celebrate the cycle of life  birth, growth, life and regeneration  from times when human, plant and animal fertility was the central focus of sacred concern. Patterns and symbols, representations of the mother and child, birds, flowers, seeds, rain, meandering water courses and rich fertile soils adorn the walls and are reflected into the void inside the greenhouse, allowing us to shift in consciousness to re-imagine a time when Nature had a more symbolic place in peoples lives.
This structure contains no living organisms, only a mirrored, reflective void inhabited by the reflected spirits, which symbolises the act of gardening as a transcendent activity.

This glasshouse is a horticultural temple  a metaphor for the living Earth and a place of sanctuary and introspection. It represents an environment in which nature holds an elevated, intuitive position, often mediated through the quotidian activities of watering, sowing, feeding and propagating.

It is through such daily rituals that gardeners may, consciously or unconsciously, achieve a deeper personal understanding of her or his place in the world. The nurture and care of nature fosters hope, faith and responsibility and, through these emotions, gardeners learn to experience a sense of wonder and a heightened physical engagement with the external world, perhaps leading to a more virtuous, more intuitive way of living.