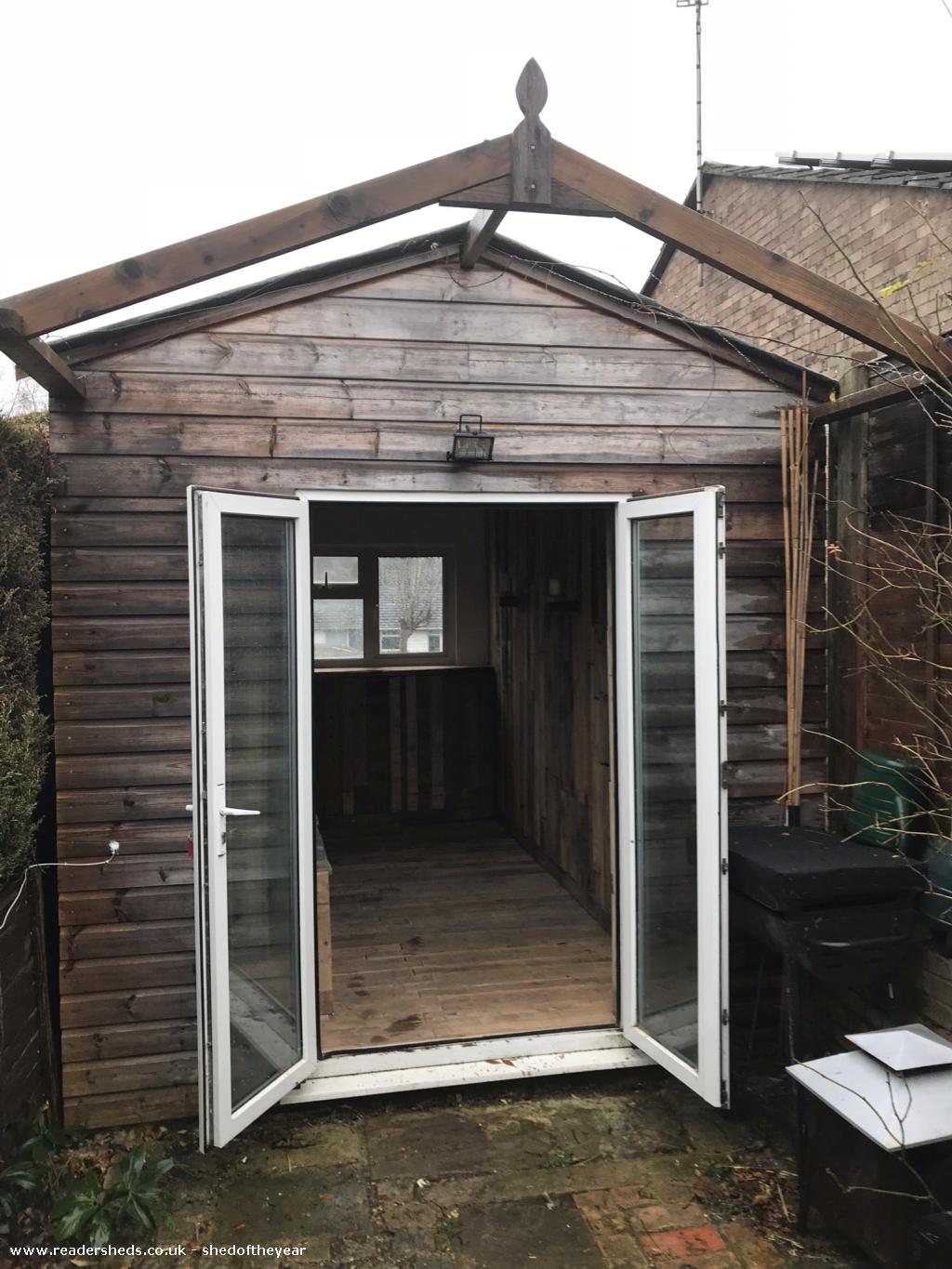 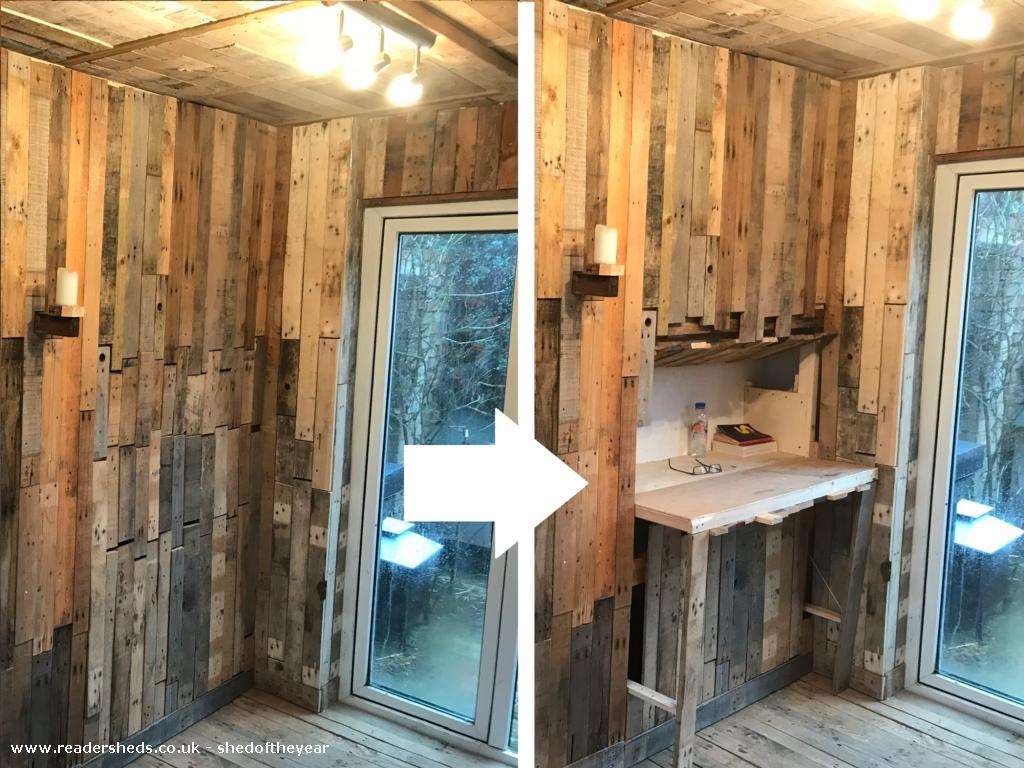 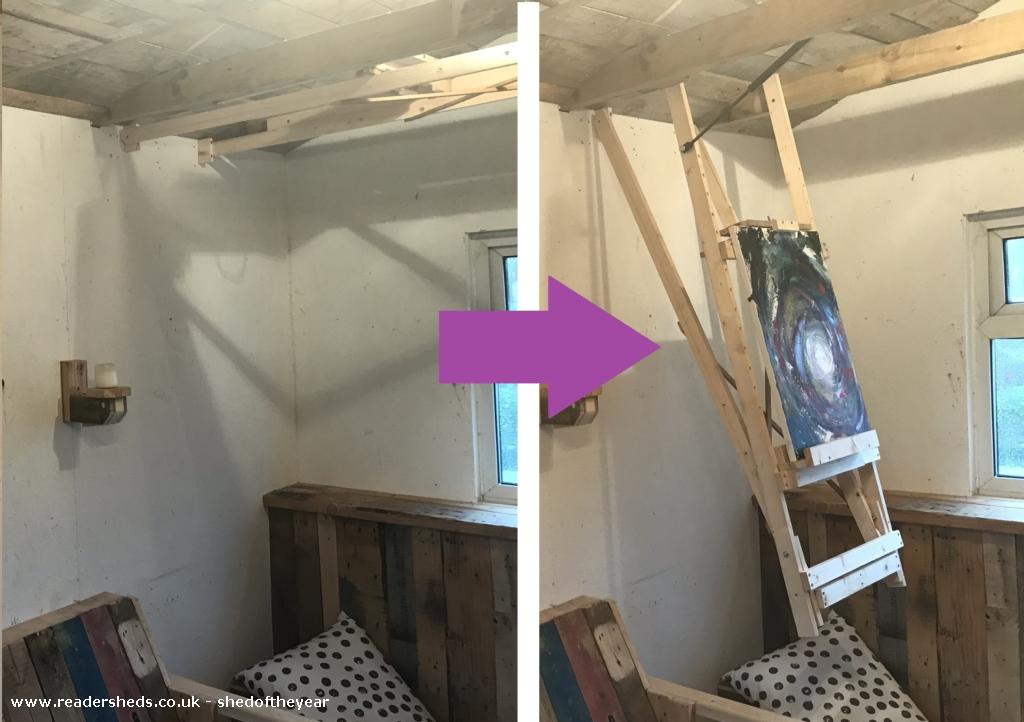 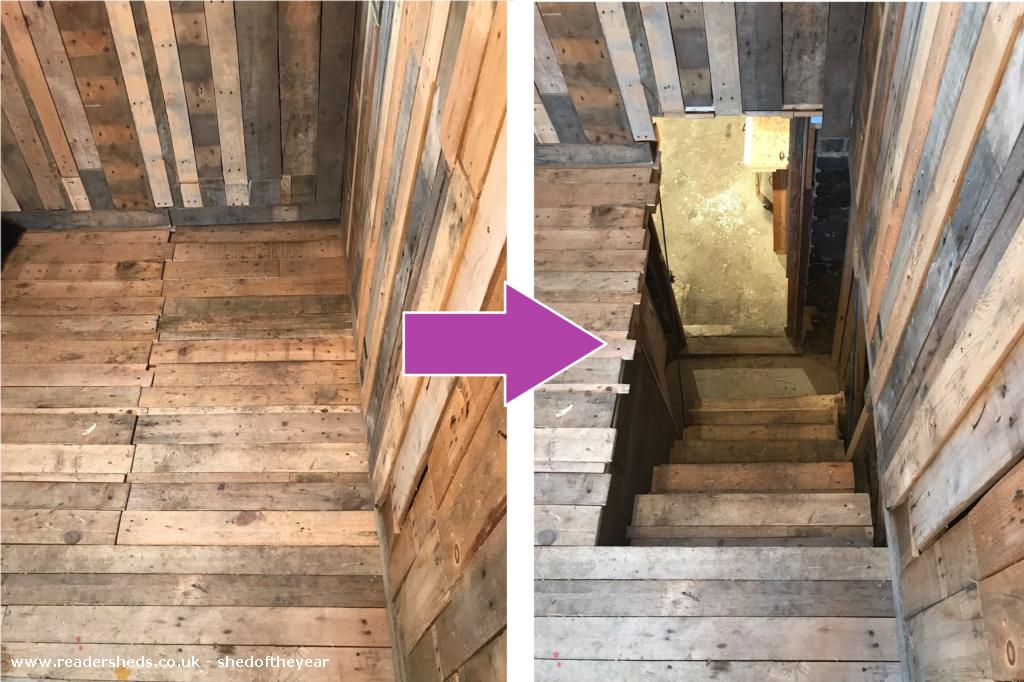 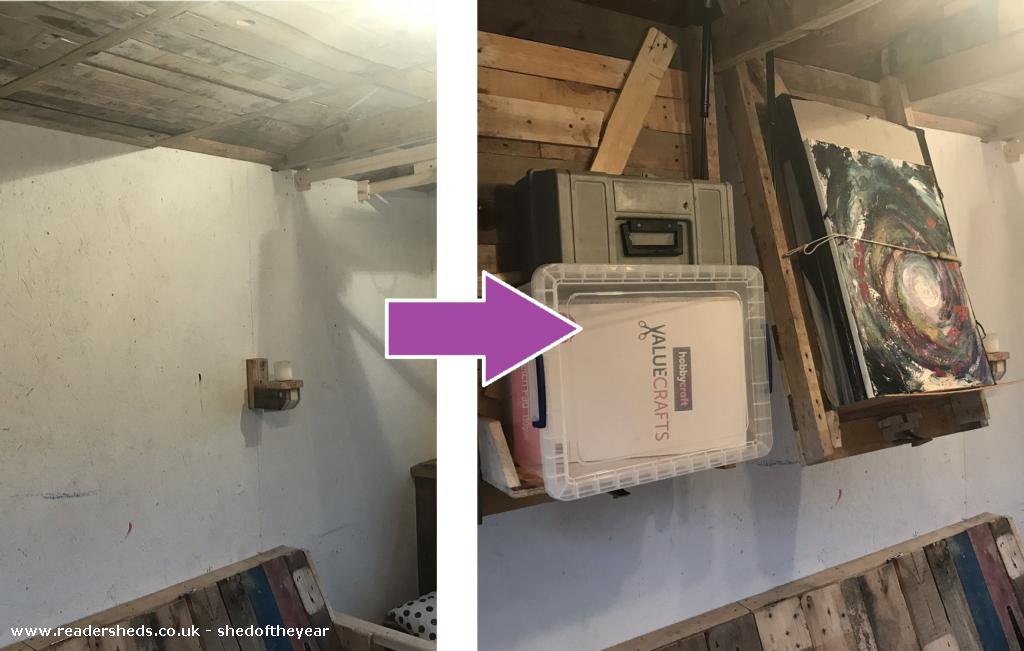 All photos are copyright of the sheddie Peter Cambouropoulos

MIShed appears to the untrained observer like a normal shed made of (mostly) reclaimed pallets. However, like any good MI5 spy equipment - appearances can be deceiving.

MIShed converts into a home office, by activating the desk release concealed in knot hole in a plank, and the chair storage in the ceiling.

When work is over, MIShed converts into a home gym and entertainment centre, concealed in a false wall and sofa.

For less active pursuits, MIShed then also converts into an artist studio, by releasing the ceiling storage for easel, canvasses and paints.

Finally, for a speedy escape in case of imminent capture, there is also an escape route into the garage, activated by the traditional wall mounted candle sconce. This opens a trap door in the floor.

I probably read too many Enid Blyton books as a child