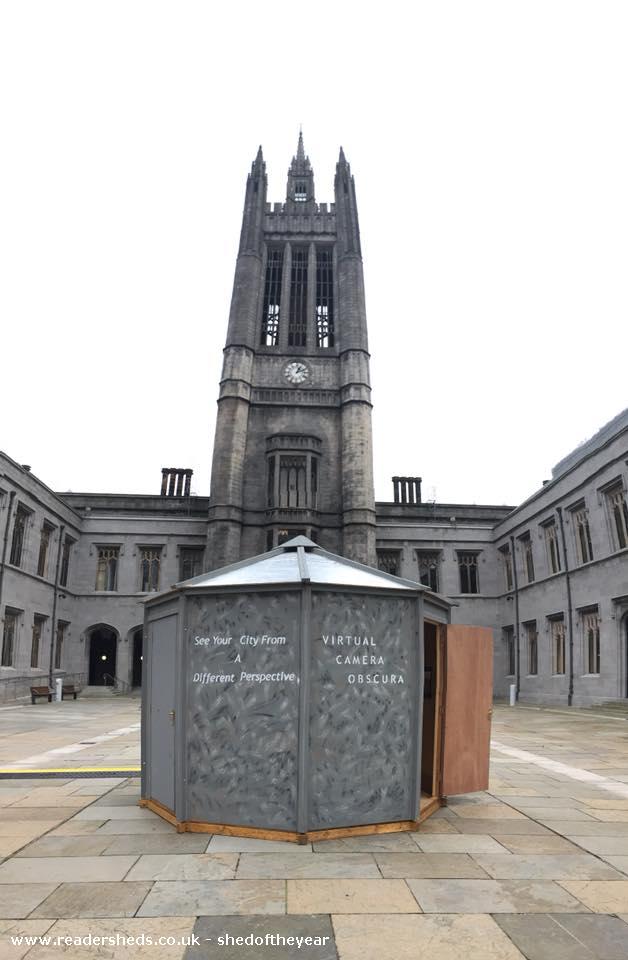 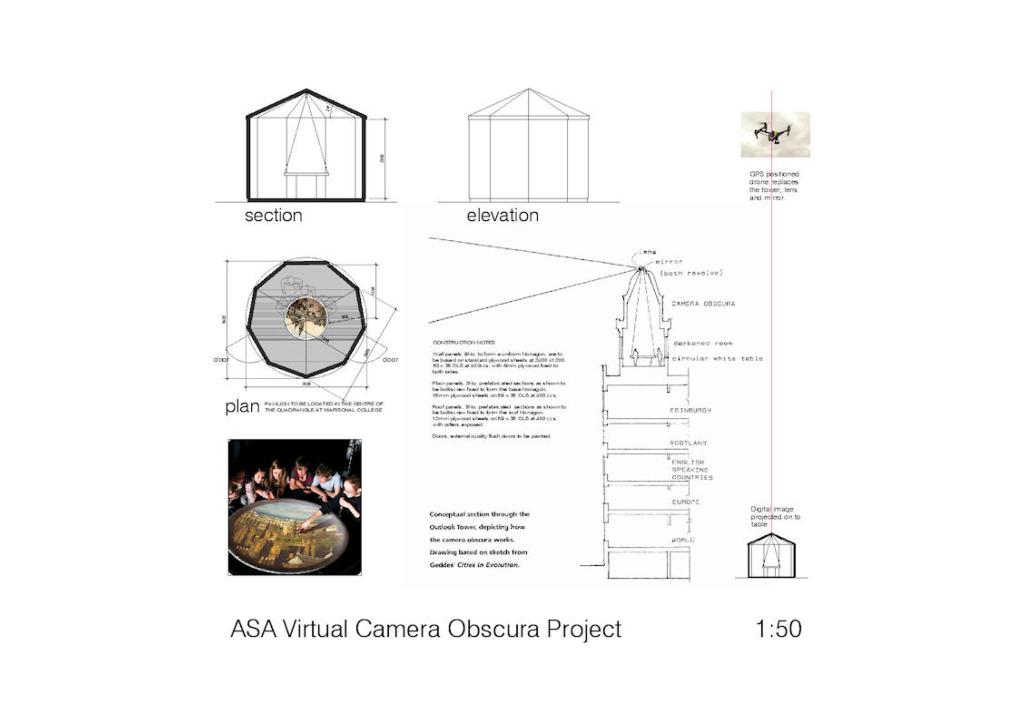 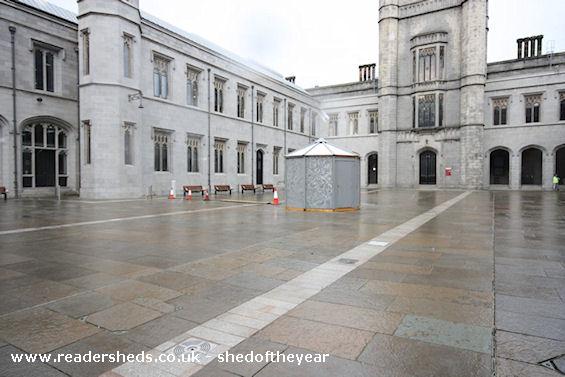 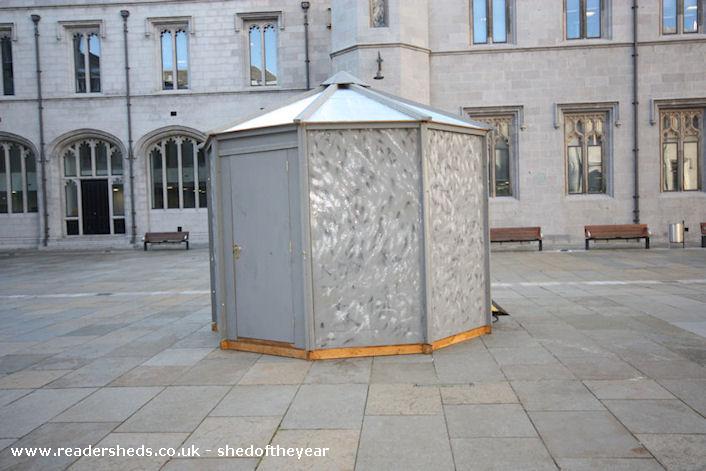 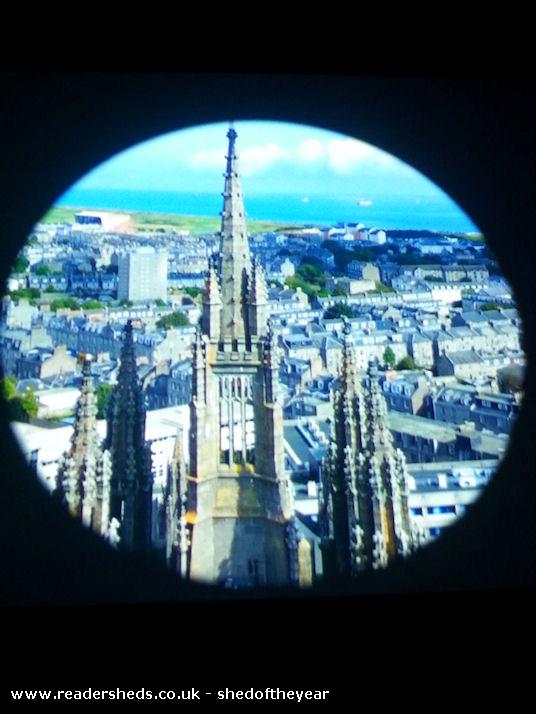 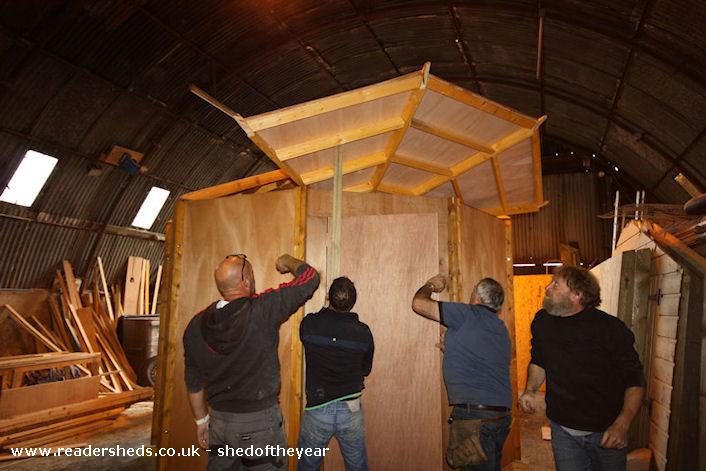 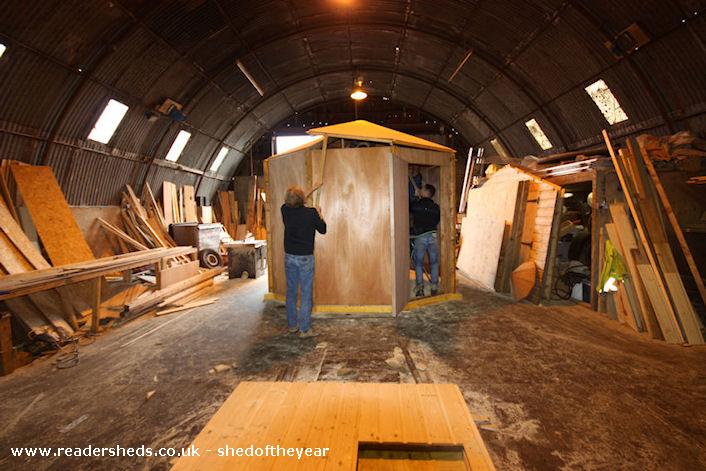 The pop-up pavilion was an essential part of the first virtual camera obscura in the world whereby a drone was used to transmit images to a digital projector which in turn were projected on to a horizontal white table.

The pavilion was designed to be assembled in three sections all parts of which were sized to pass through a standard door. In the event we found it easier to carry all the sections from the lorry up 27 steps into the Quadrangle where they were bolted together to form the Nonagon.