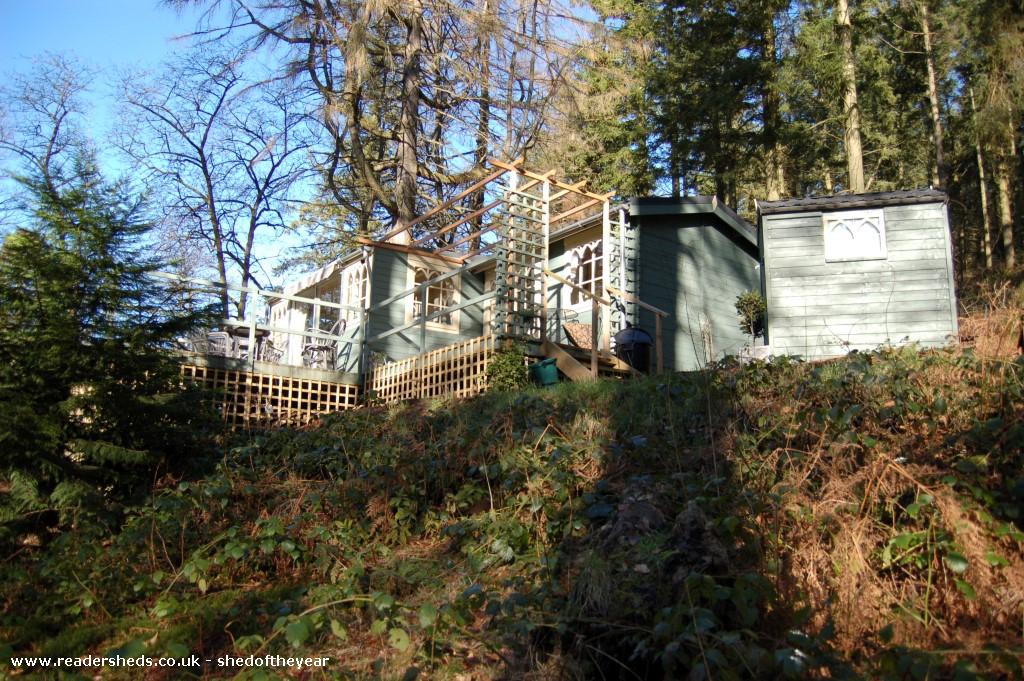 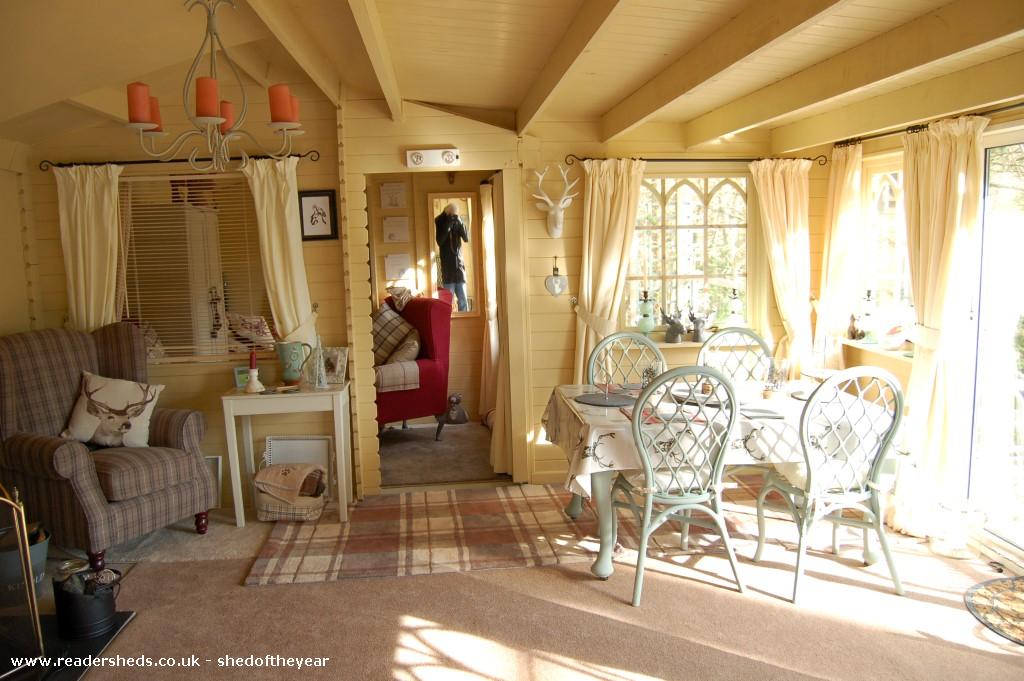 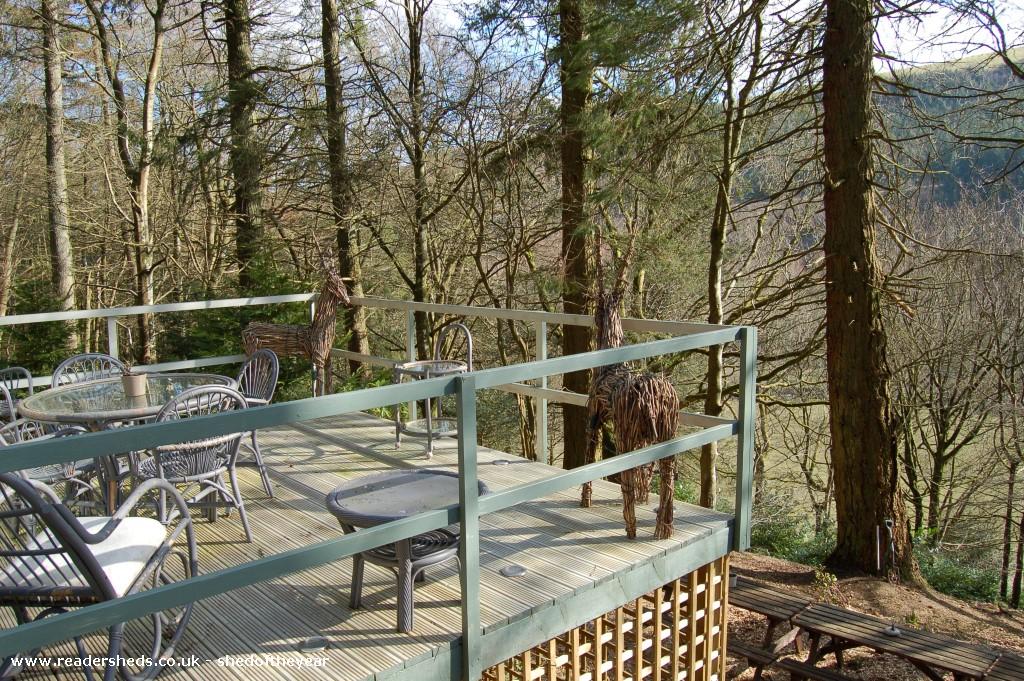 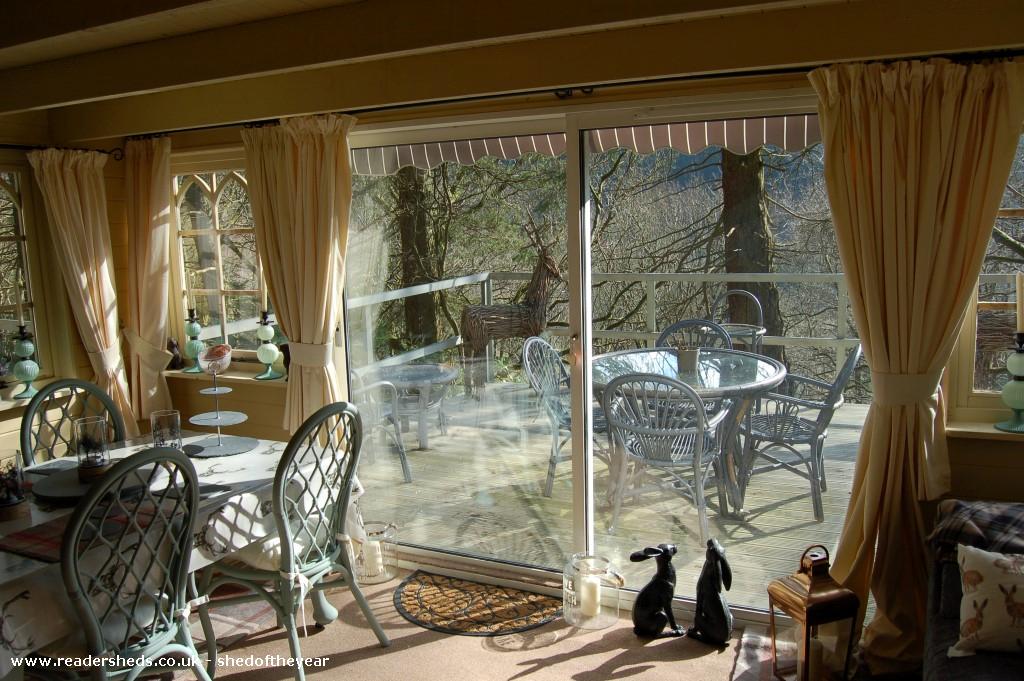 Beautiful location. Used as a retreat, and as a wildlife observatory.

We own some beautiful woodland overlooking a river and the ruins of a 12th century cistercian Abbey (The Abbey-Cwm-Hir).
Having cleared a small area on the slope overlooking the valley we built two small sheds to house gardening equipment and for somewhere to relax and shelter in the woodland.
Having built the sheds and the platform between them, we decided to extend the platform along the slope using supports, Having done this, we further decided to fill the gap between the two sheds to make them into one larger structure.
Brian the blacksmith who helped build the sheds had some patio doors that were surplus to requirements, and so we extended the building all the way along the platform adding windows and doors each side.
The result is shown in the images, and we now use the whole building as a retreat and for wildlife observation.

We also have several other quirky and interesting additions within the gardens including a shepherds hut, gypsy caravan, boat house, three beach huts and a 1950`s vintage caravan.