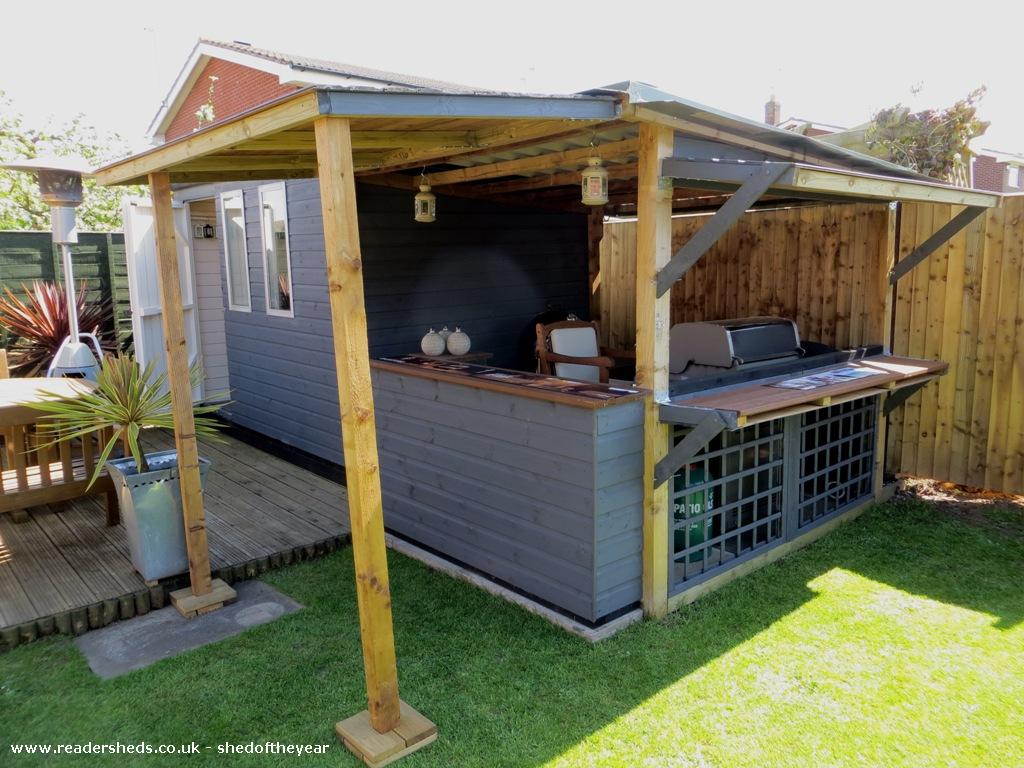 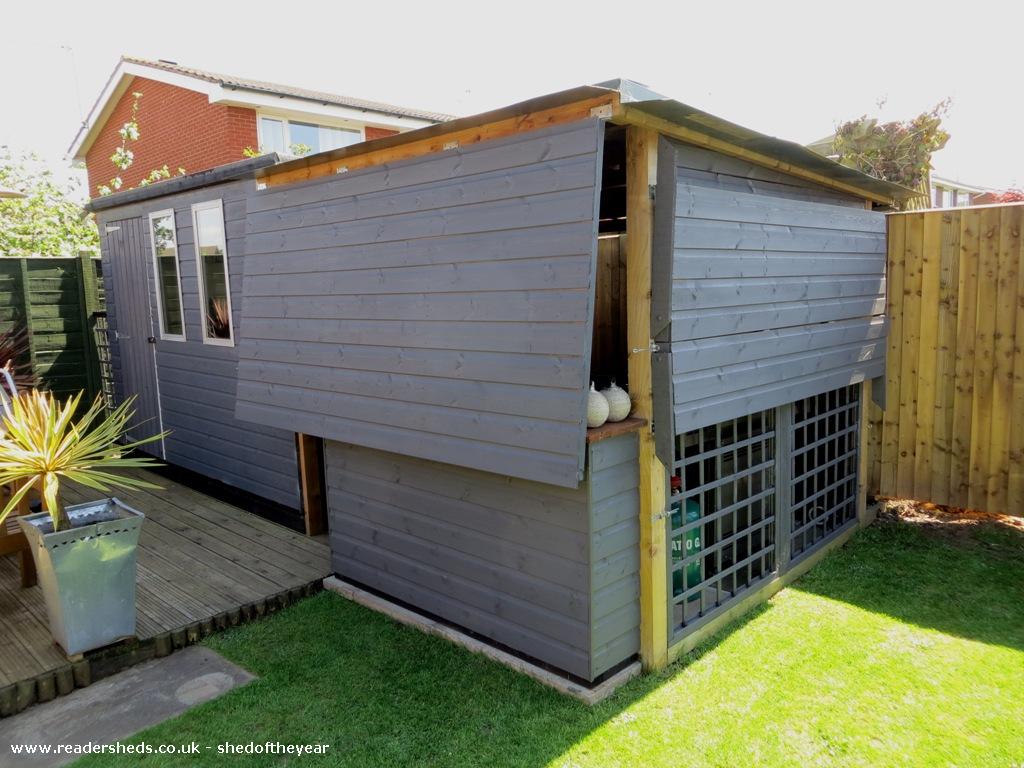 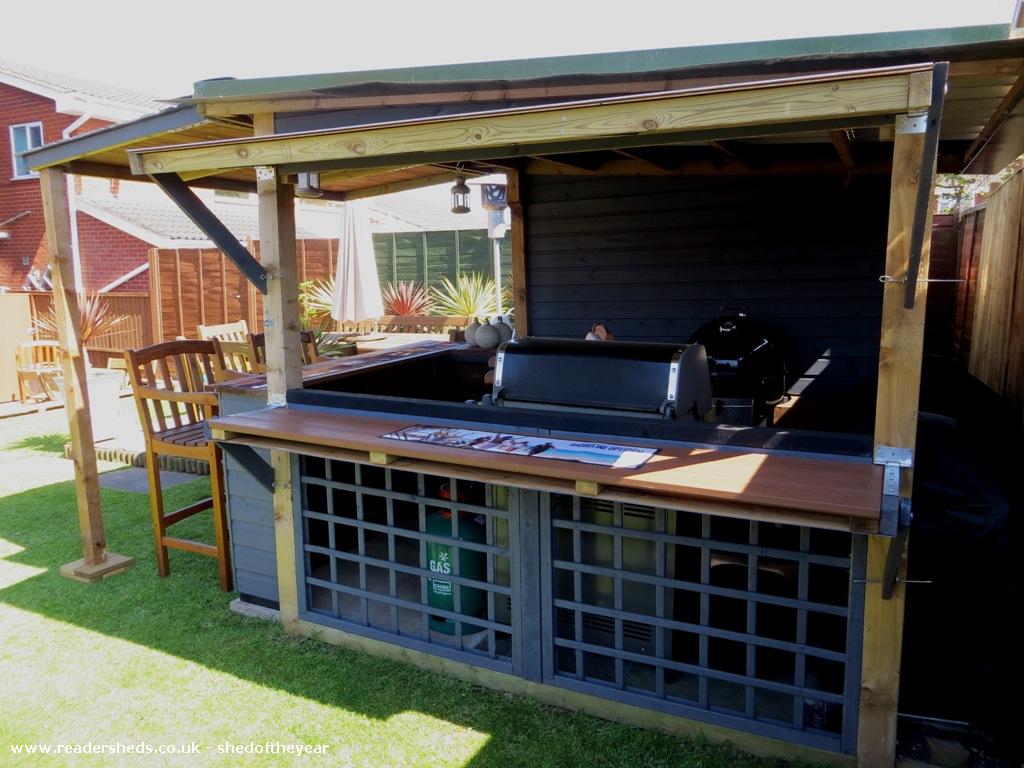 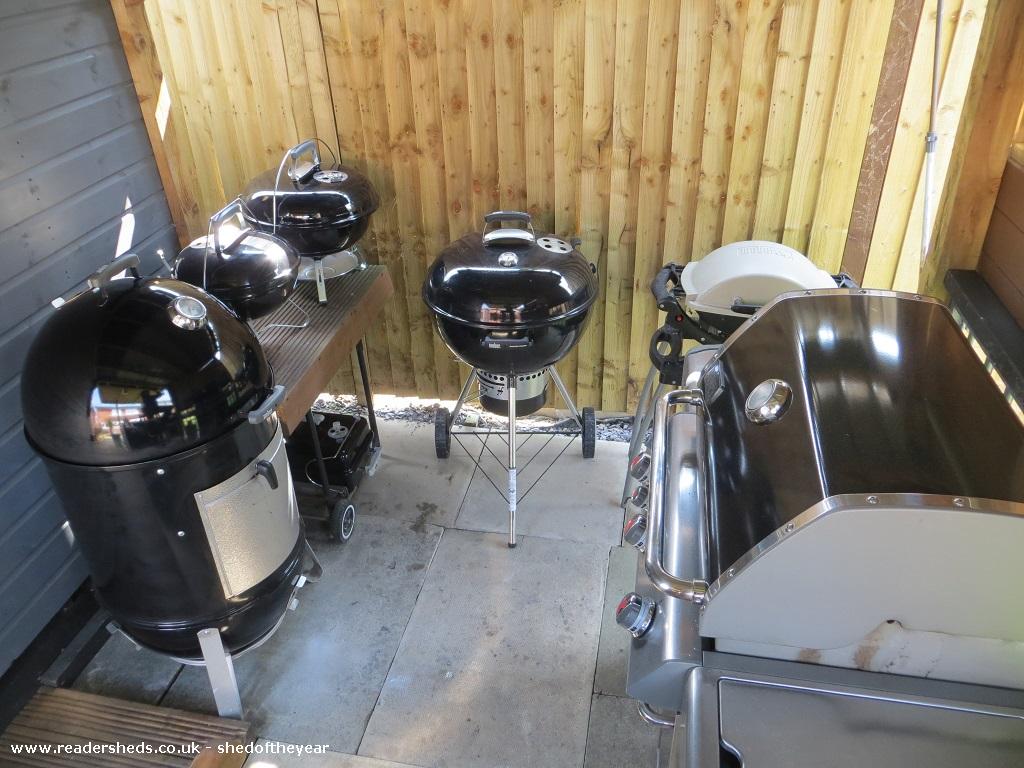 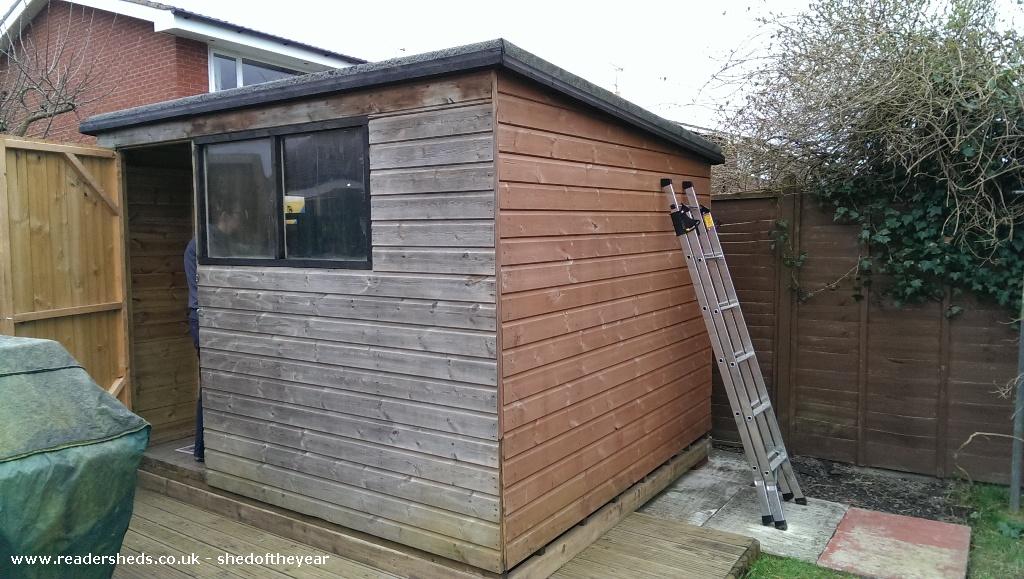 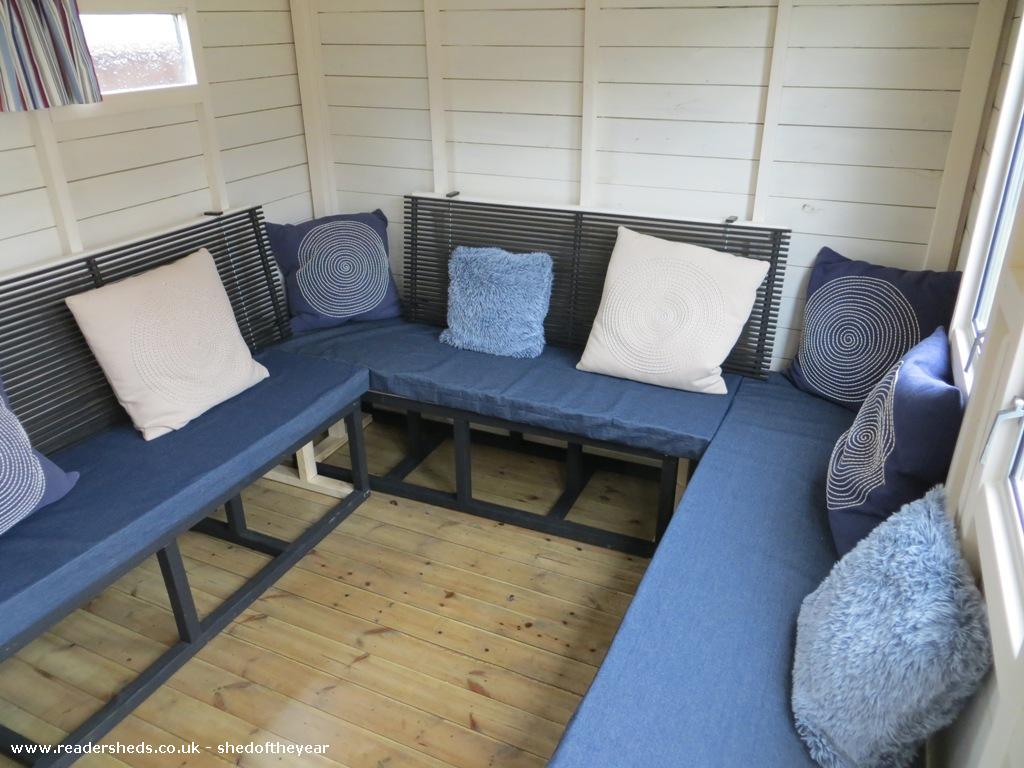 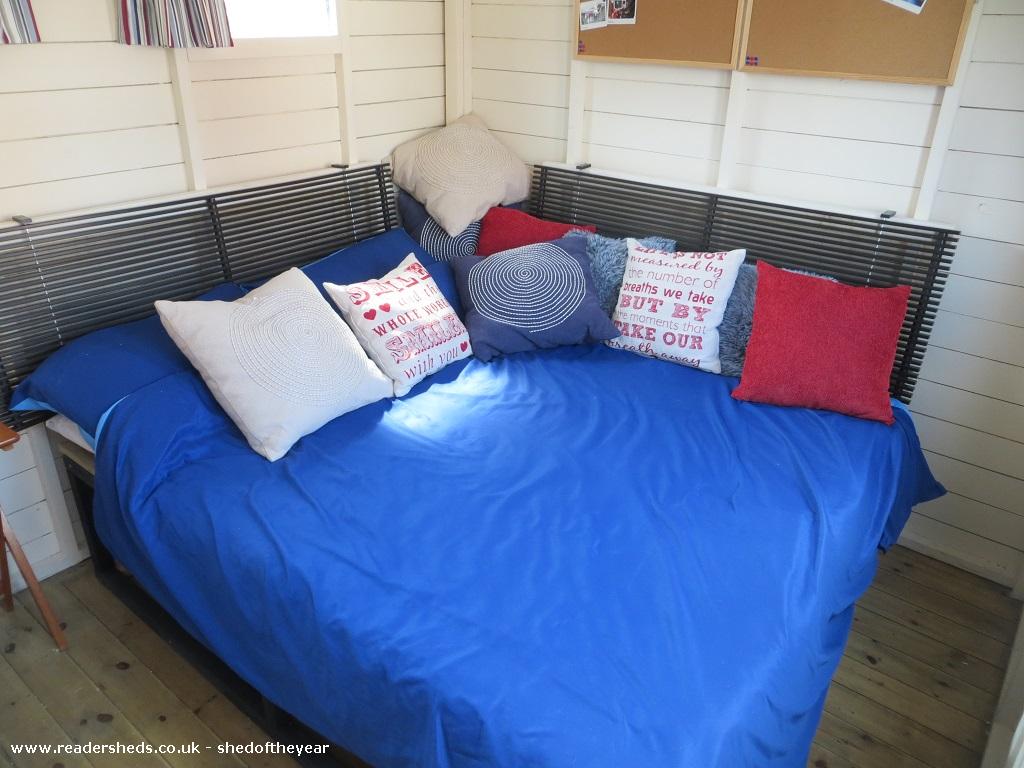 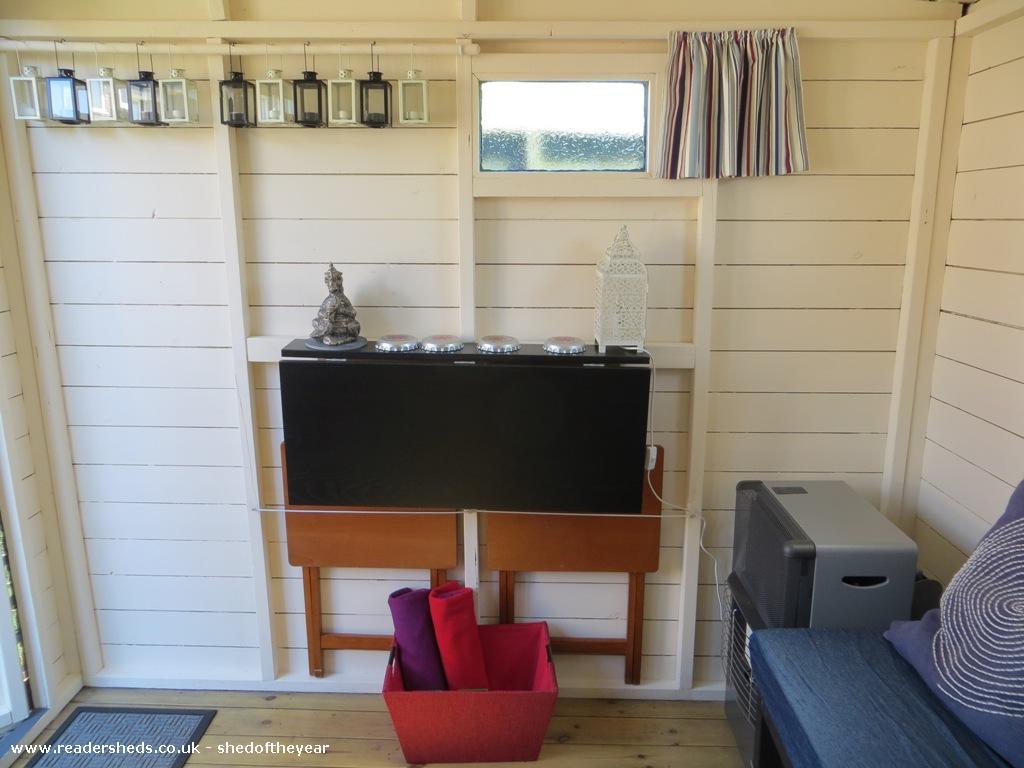 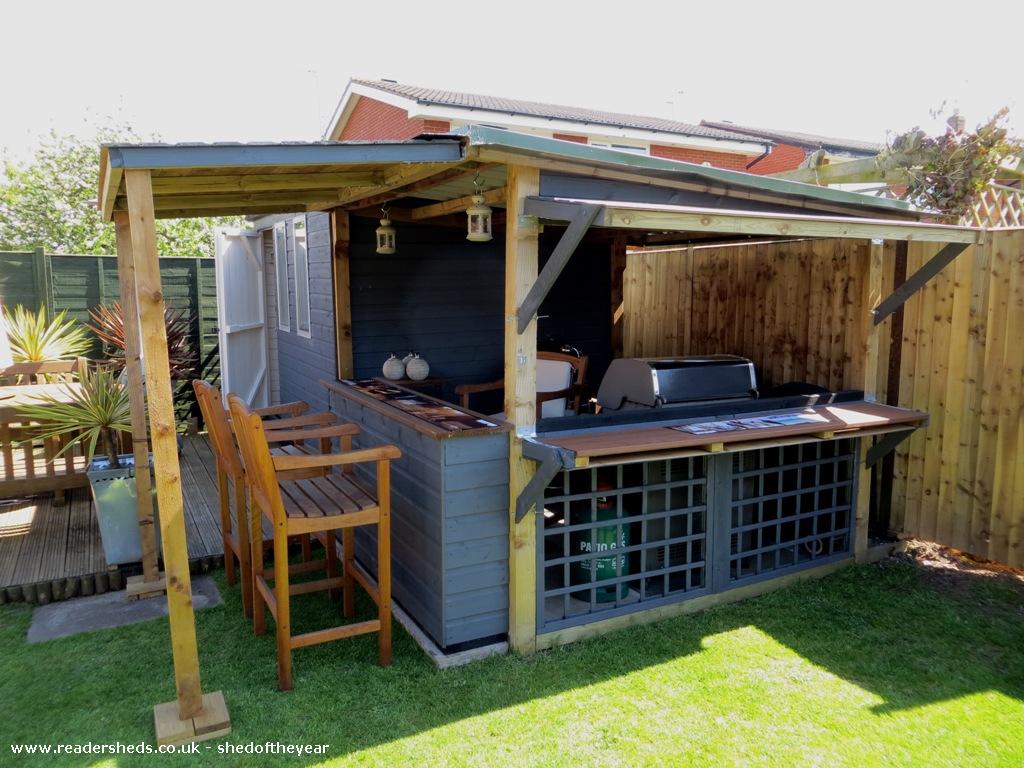 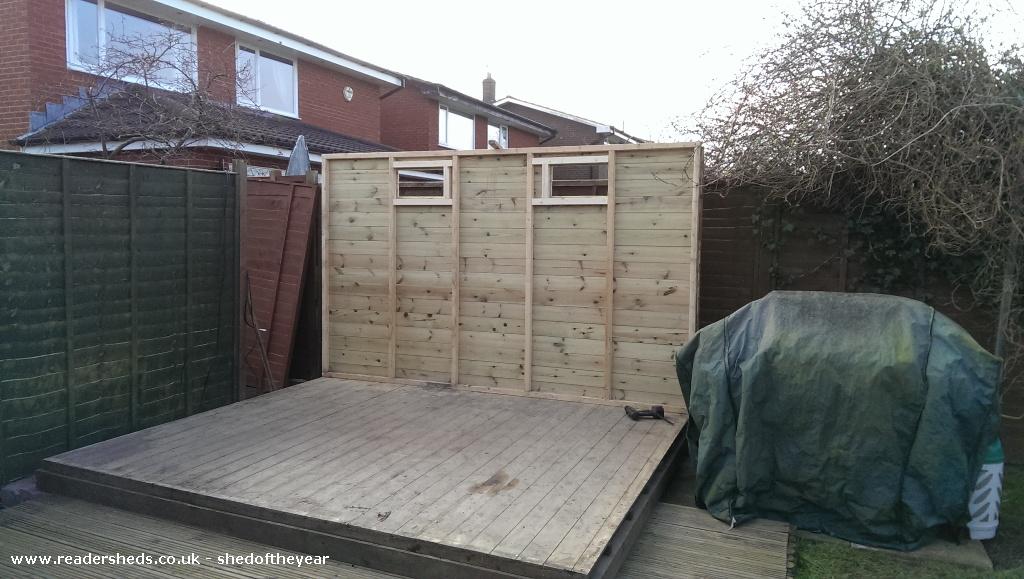 All photos are copyright of the sheddie Steve Hughes

It allows us to entertain outdoors throughout the year. The shed part seats 8 people and converts to sleep 2 people. The attached BBQ shack houses 6 BBQs and a smoker. The canopies protect it from the weather in the winter (and summer!) and fold up to provide overhead cover  and fold down to make an additional bar / serving table.

After watching Small Spaces and hankering after our own we rather unexpectedly bought a shed in January 2015. It was a standard 10ft x 8ft shed and unfortunately we found out it had a leaky roof. My son and I brought it back on my sister in laws trailer which was fun and games as I had no idea how heavy the shed was. When reconstructing it took 6 of us to lift the roof back on!

As well as having an indoor space outside, the other driving force for getting the shed was that I needed a shelter for BBQing for family and friends. Its a passion of mine which unfortunately doesnt seem to fit with the UK weather.

With no plans and no idea really, the BBQ Shed developed organically.

I put new windows in the side and rear of the shed for more light and had to replace the front plastic windows as they were beyond saving. A lick of paint (inside and out) and a varnish of the floor transformed a tired looking shed into our very own amazing space. I designed and built the 3 benches to allow people to sit inside the shed and they then come together to form a king size bed making a great day bed and allowing us to have sleep outs. My wife made the curtains and also the bench cushions which transform into the mattress. A fold down breakfast bar and TV tables were added as space saving devices.

The BBQ shed became a lot bigger than my wife had anticipated (that s the beauty of not having plans) and has fold out canopies to keep it more weather tight in winter and providing cover from light rain when sat at the bar. It houses my smoker and other BBQs which means we can now BBQ whatever the weather and has enabled us to carry on enjoying our outdoor space throughout the year. After numerous attempts to solve the leaky roof failed I used some recycled roofing sheets to finally solve the problem