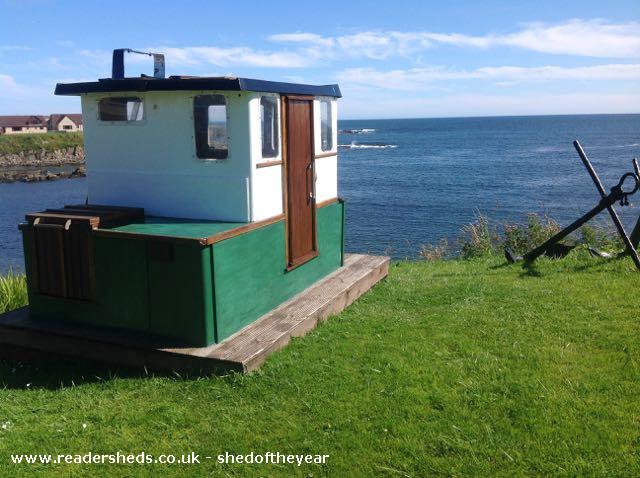 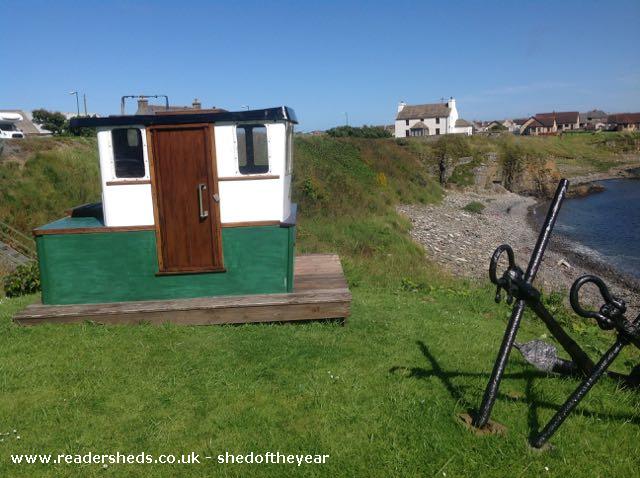 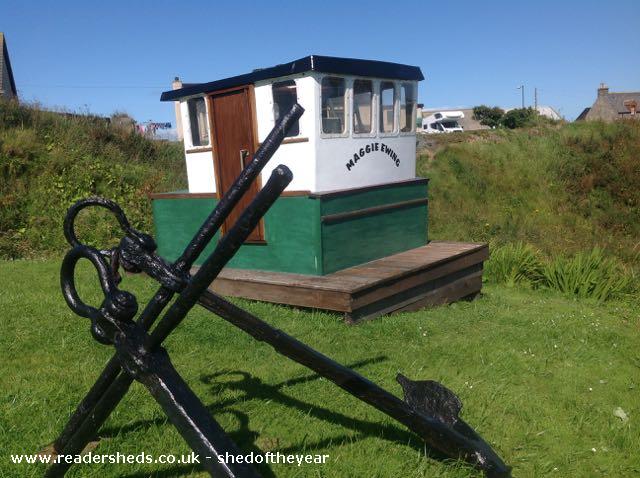 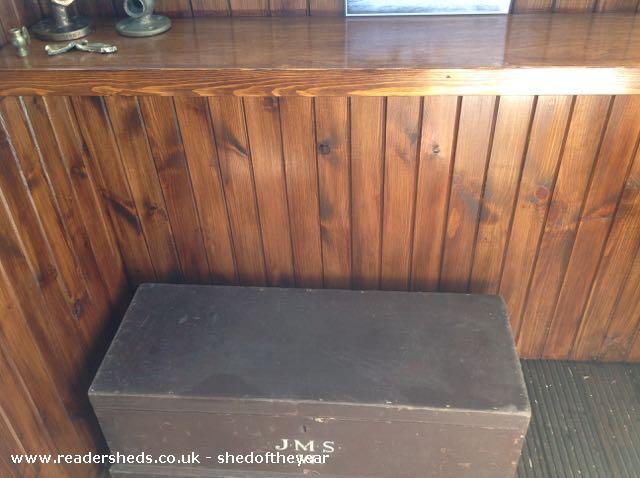 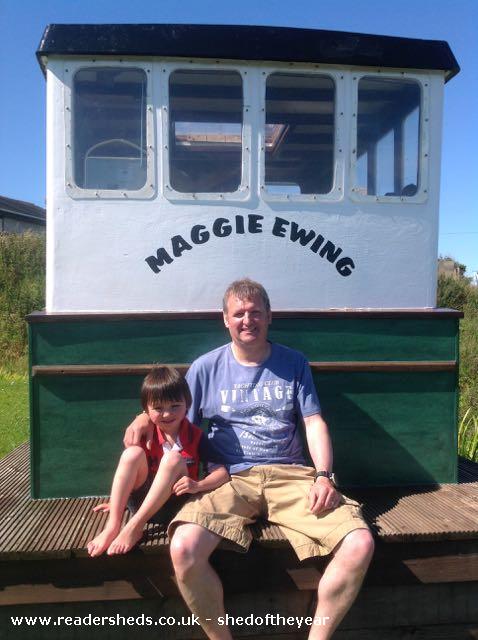 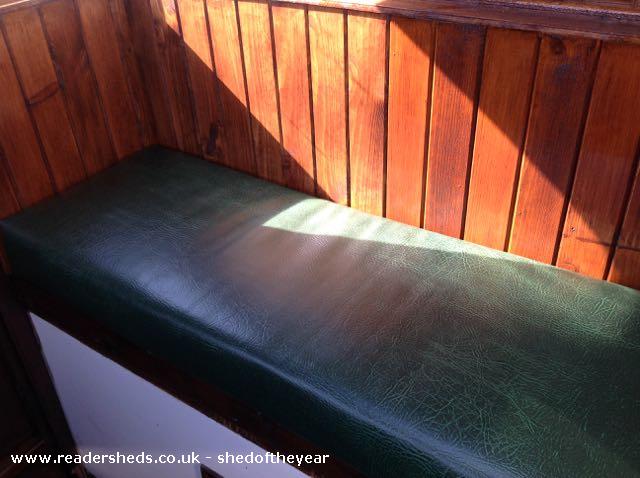 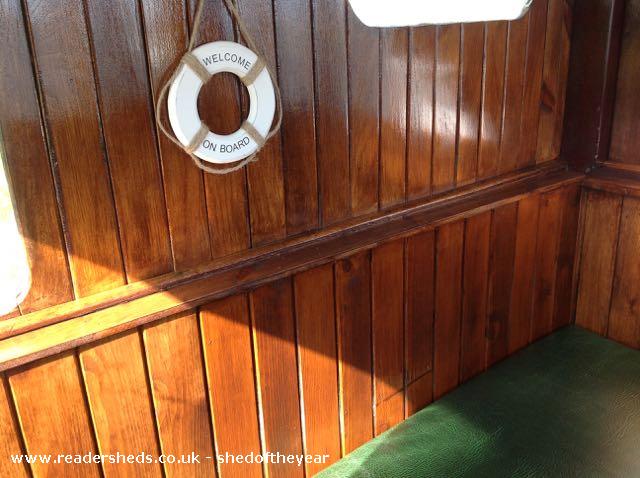 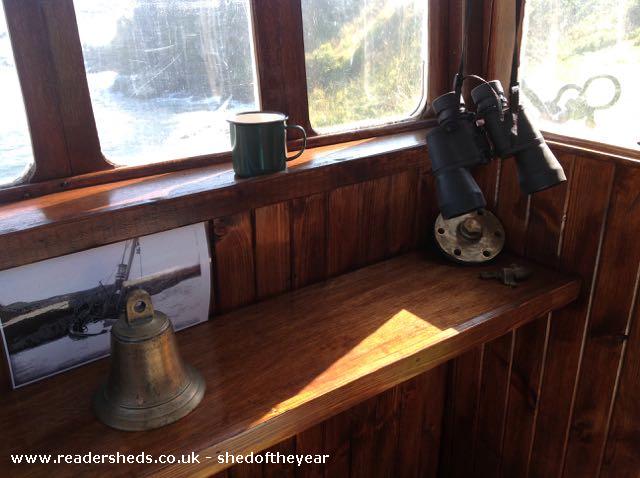 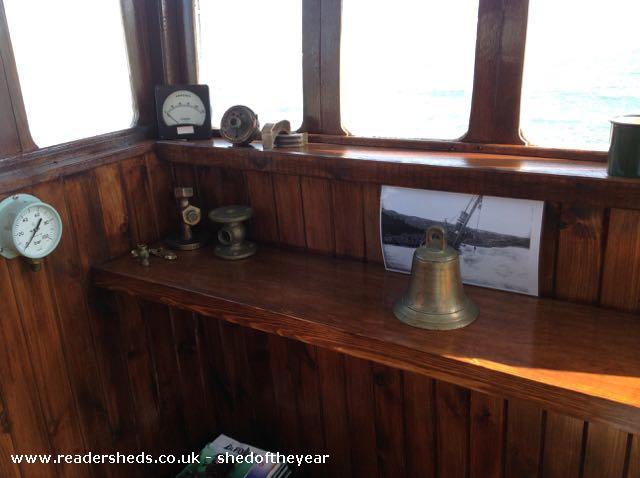 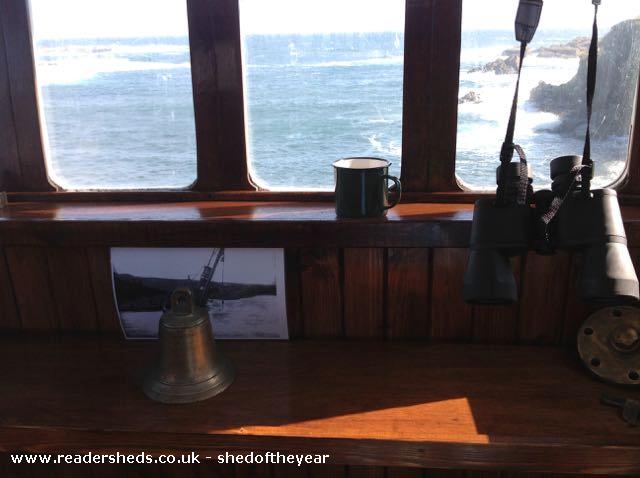 All photos are copyright of the sheddie David Carter

The shed is a renovated ex-boat wheelhouse and was removed from a boat called the "Boy Peter" before being renovated by myself and my father in the position in my garden where it now sits. The "Boy Peter" was one of the last boats ever to be commercially built in the county of Caithness.
My shed is a place of rest and relaxation and is a great place for telling sea tales to my young son!!

The boat sits in my garden which is located right at the edge of the North Sea. The shed faces directly out to sea and on stormy days the sea-spray and sea-foam actually breaks over the top, giving you the feeling that you're actually out at sea. I have called my shed the "Maggie Ewing" which was my late mothers maiden name and it sits close to where she was brought up.
My house is also historical having been built sometime prior to 1850 and operated as an Inn until around 1910. The house actually featured in a Radio Scotland show called "Houses with and Interesting Past" as it is my belief that my house was the inspiration for the "Admiral Benbow" which featured in Robert Louis Stevenson's book "Treasure Island". During a period between 1922 to 1947 when the town of Wick closed all its licensed premises, my house operated as an illegal drinking establishment known as a Shebeen.