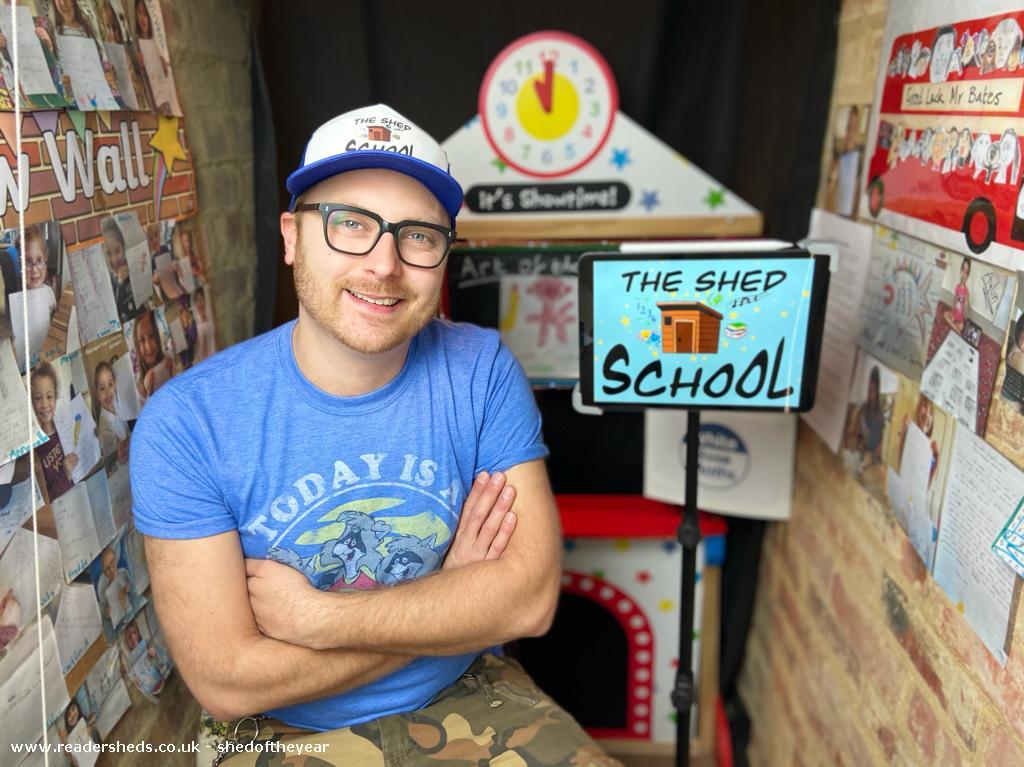 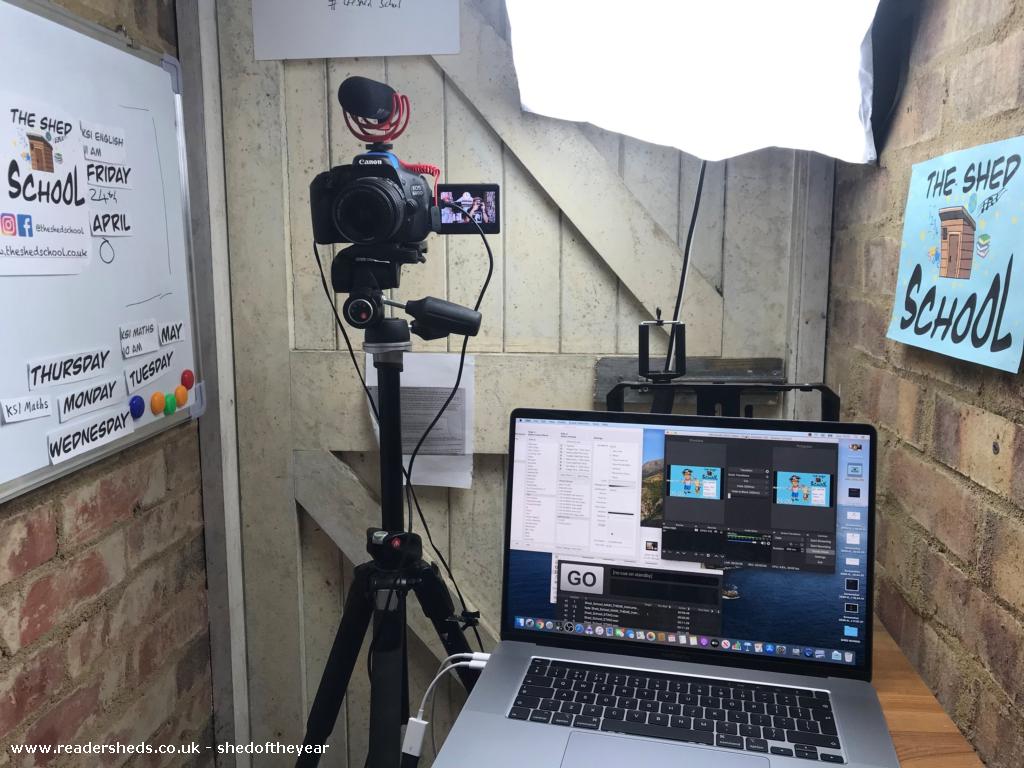 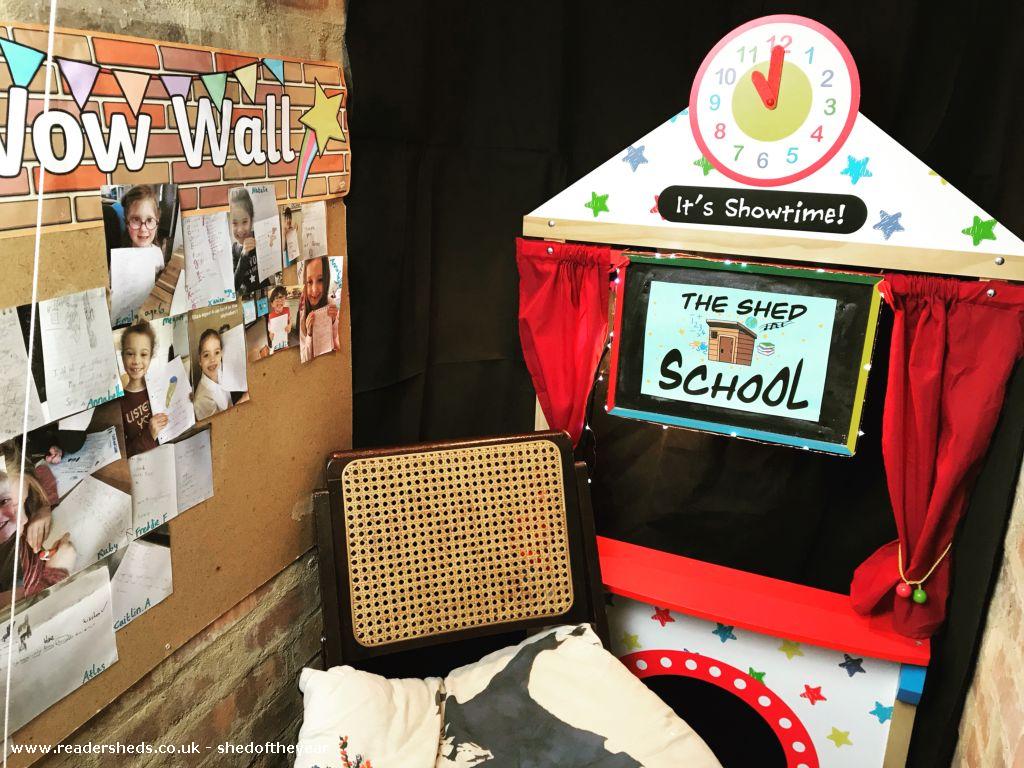 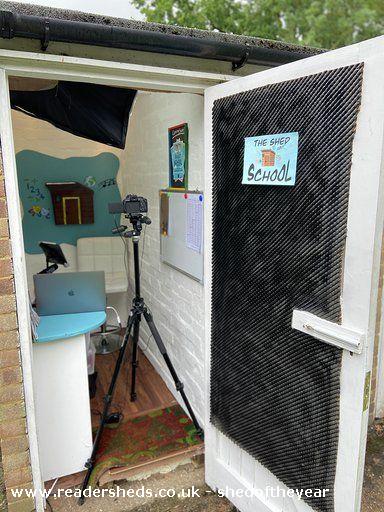 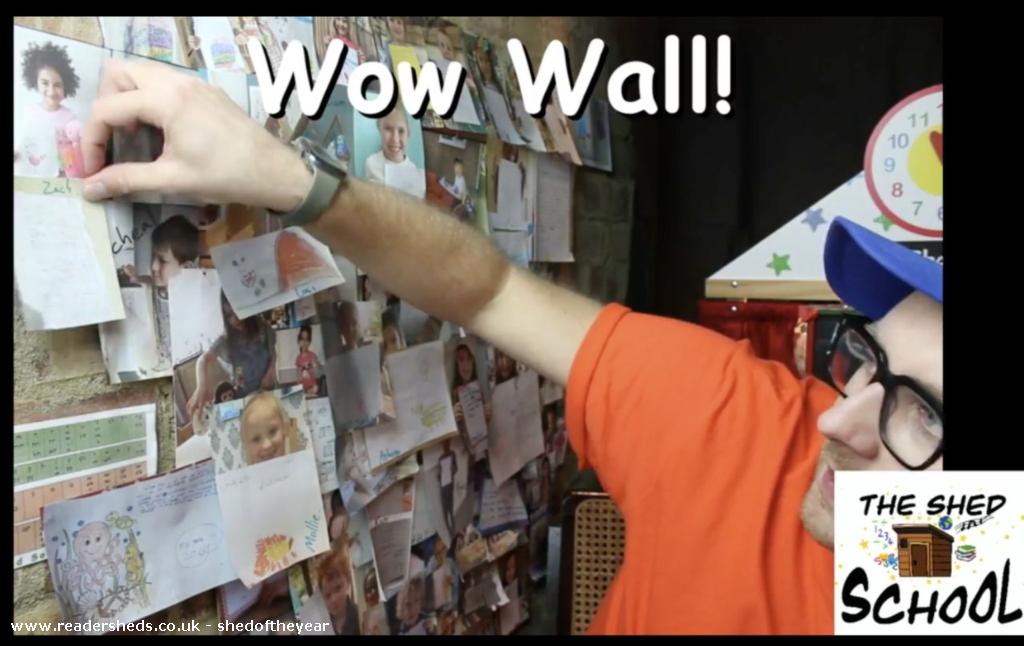 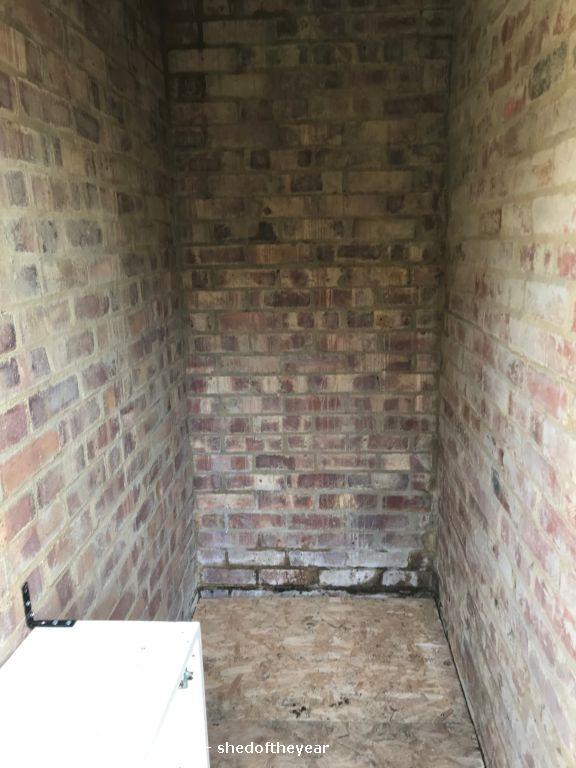 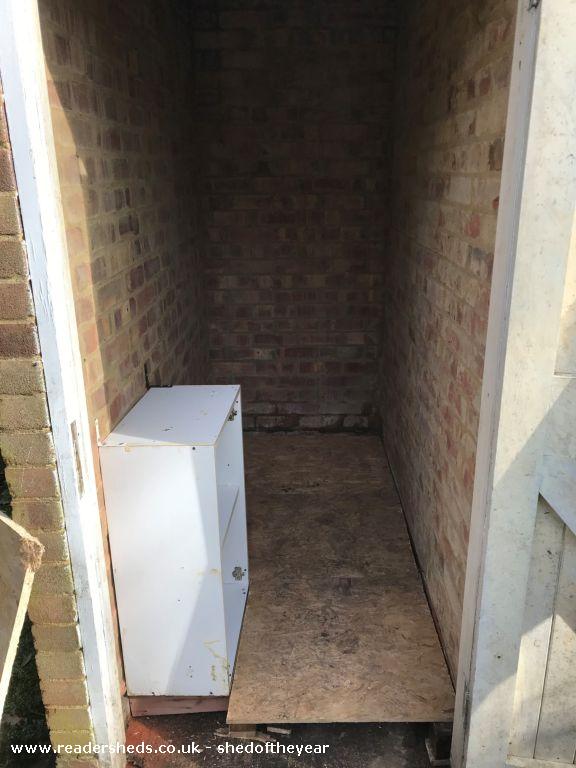 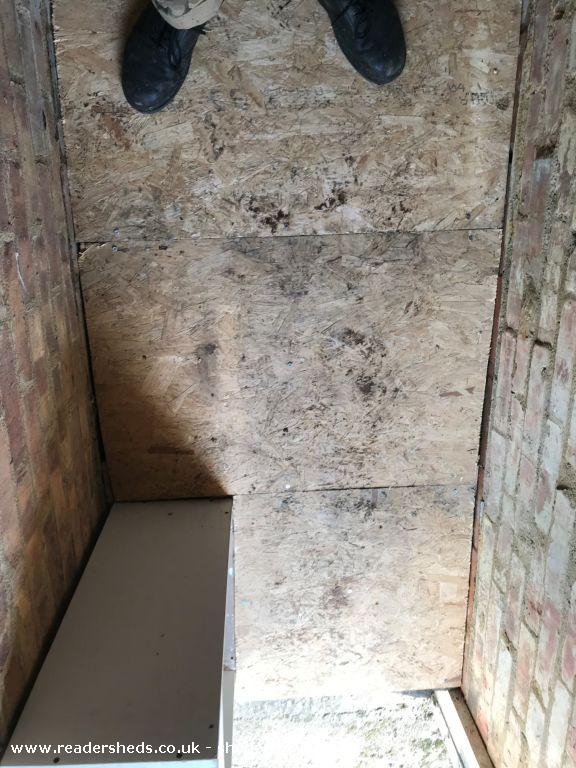 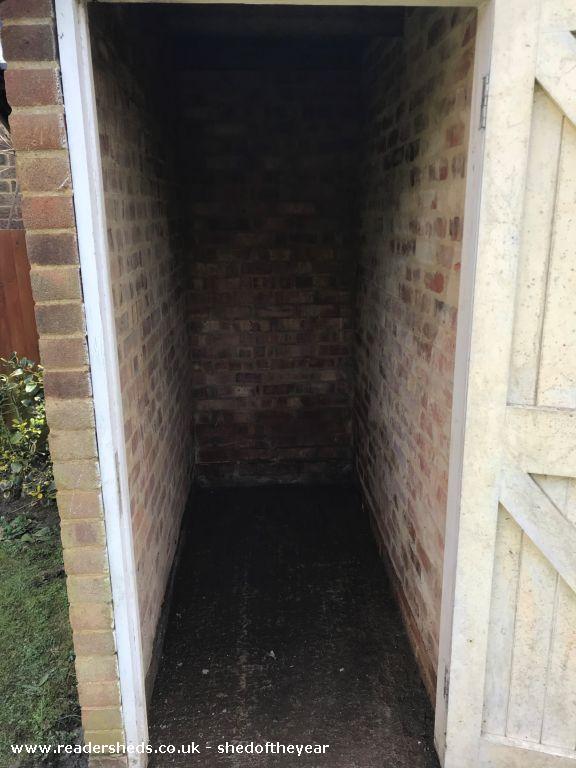 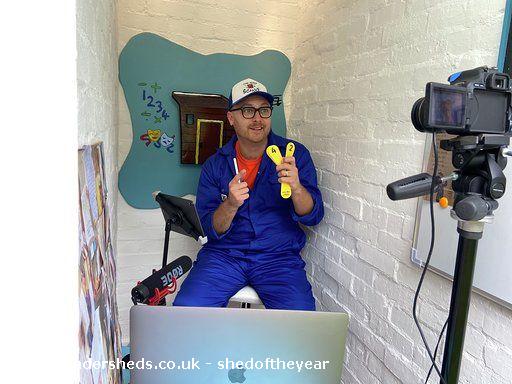 All photos are copyright of the sheddie Ashley Bates

The Shed School is a free online educational platform where ks1 children can learn everyday with Mr Bates from his converted shed.

Attached is a recent interview with The Telegraph to give you a better understanding of what The Shed School is all about.

For many, one of the biggest struggles of lockdown has been keeping young children entertained  and educated.

But those increasingly at a loss may now have a solution, for in a shed in Surrey sits a 32-year-old man dressed as a pirate.

Since the start of lockdown, teacher Ashley Bates has been making his way down the garden each weekday morning to say hello to the one hundred or so pupils virtually attending The Shed School.

While every day is different, the schedule changes little  Key Stage 1 Maths at 10am, followed by English at 11am.

Originally, I was asked by my neighbours if I could help teach their children.

Bates is a drama teacher at Hurlingham School in Putney and works with their special needs department and lower school.

When the Prime Minister announced the lockdown measures on March 20, Bates started doing what most people did in the immediate aftermath of the announcement  tackling odd jobs around the house.

This included clearing the shed, which gave him the idea.

The school is not meant as a replacement educational resource for children, and Bates clearly states at the beginning of each lesson that children should do the homework set by their own teachers first.

Instead, it is intended as extra help for parents who need some time to work, and also a little fun for the kids.

There was loads of stuff going up on creative lessons  like art and music  but I was surprised that no one was doing the basics.

Maths and English are the lessons that the kids need more than anything else, Bates said.

Many parents are currently struggling with schooling at home; from the sheer number of resources available online, to simply getting their children out of bed.

The absence of the social setting of the classroom and live feedback from teachers, appears to be making it increasingly difficult for many to motivate their children.

At the moment, kids just have mum and dad telling them what to do, which they get at home anyway, Bates told me.

The social aspect of going to school when they are young is really important because its how they learn to interact with others, how to behave, and what is right or wrong.

Yes, they get some of that from the parents but they need to be able to see each other in class and learn from each other in order to understand how people behave and work.

There are so many things at the moment that involve watching a live stream, but theyre really one-sided.

Theres got to be some element of fun and engagement, as well asﾠ

I try to encourage engagement as much as possible, so that the children feel like they are involved in something rather than watching.

So if kids send in work, Ill send them a little video saying Hey well done that was brilliant, but remember to put a capital letter at the start of the sentence, just to give them some sort of feedback.

When Bates started the school, it was mostly friends and family logging on, with roughly 10-15 students at the most.

But over the last few weeks, his Facebook page has amassed 6000 followers.

And while students are predominantly based in the UK, there are also some children joining in from America, Italy and Egypt.

While juggling The Shed School alongside his regular teaching job, Bates is happy to be busy  and to continue as long as he needs to.

Ultimately Id love to get back to school, he confided.

But Id also like to run The Shed School as an after-school club or a weekend club on a Saturday morning  just to keep that structure going.

And to have a bit of fun.

A bit about the shed:

It's pretty simple really and not very big.

What I did was built a false floor and designed a little work table out of some scraps I found in a skip.

I used some old carpet from my flat to line the flooring and hooked up some simple lights to allow me to be seen.

I rigged up a camera and used my laptop to stream lessons onto the internet (my wifi just reaches the shed.

) The walls are covered in the children's work.

In every episode of the show I ask the viewers to send in their work for me to mark.

Once this has been done, the best pieces of work get stuck onto the "wow wall" for everyone to see.

Mr Bates and The Shed School have been voted for The Telegraphs Community Hero award as well as being commended by BBC News, BBC Radio 2, Talk radio, The Mirror, The Sun and many other local radio stations. He has also been asked to be an Ambassador for The Reading Agency alongside the likes of children's authors Jacqueline Wilson, Michael Rosen and Andy Mcnab to name a few.

The Shed School has become a house hold name over the last 7/8 weeks and now has Shed School crew members wearing merchandise, building their own mini shed schools and quoting Mr B's catchphrases across the globe. It's all about the shed community and making learning creative and fun.