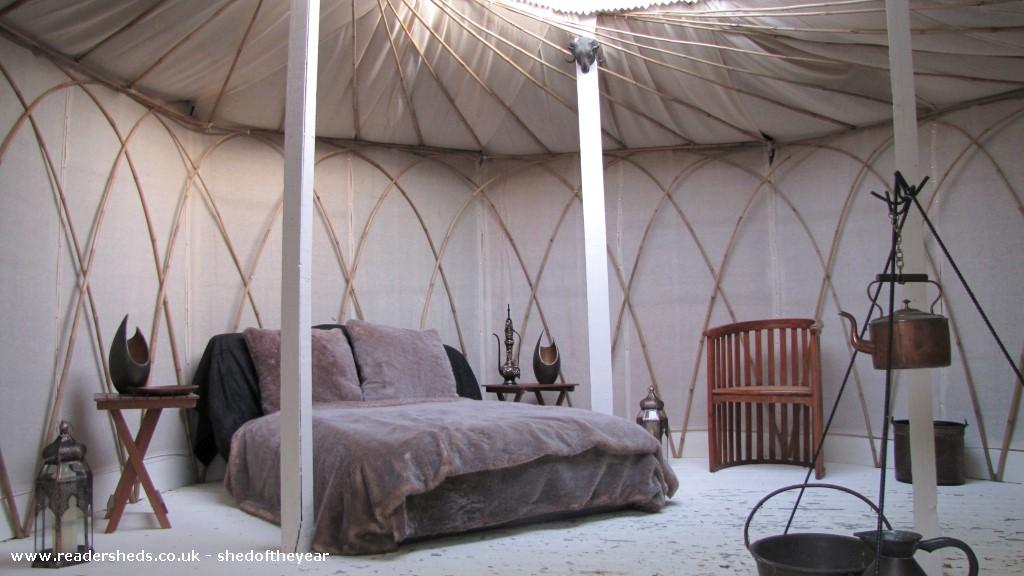 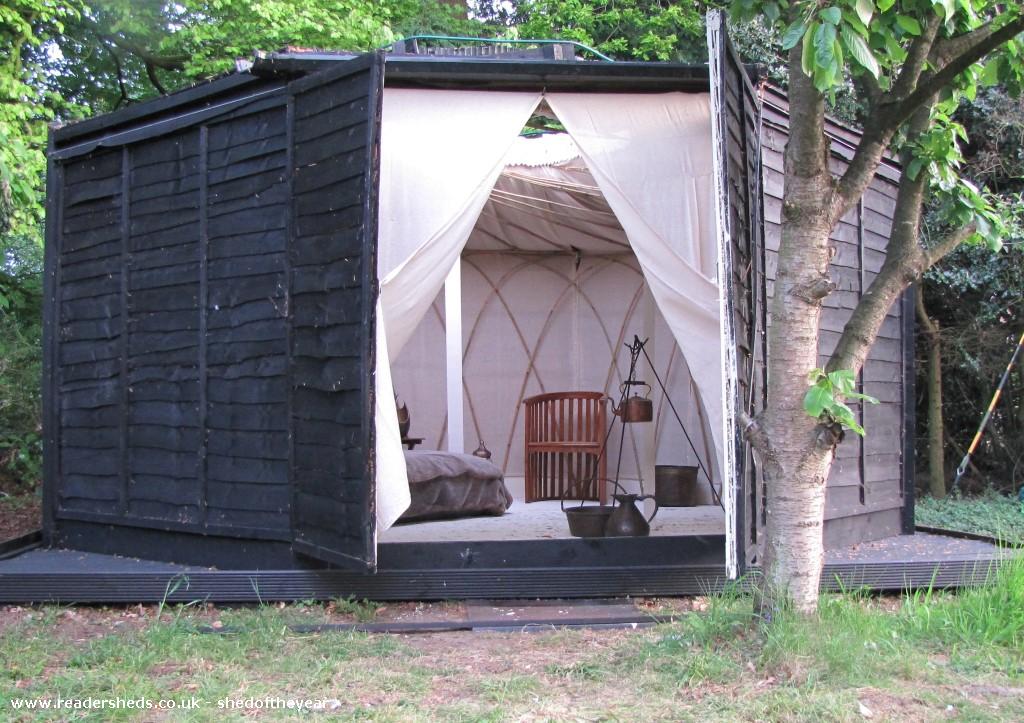 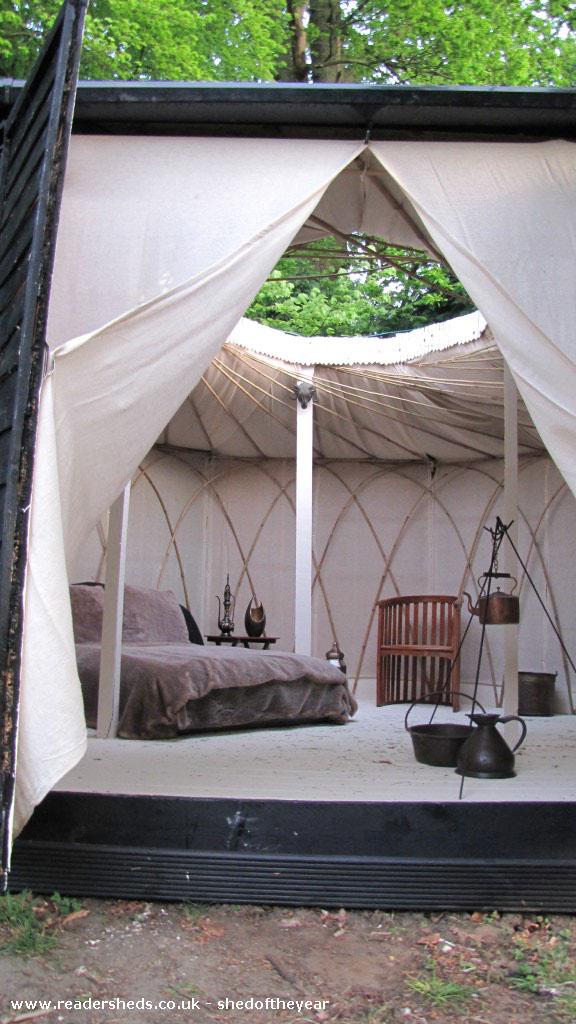 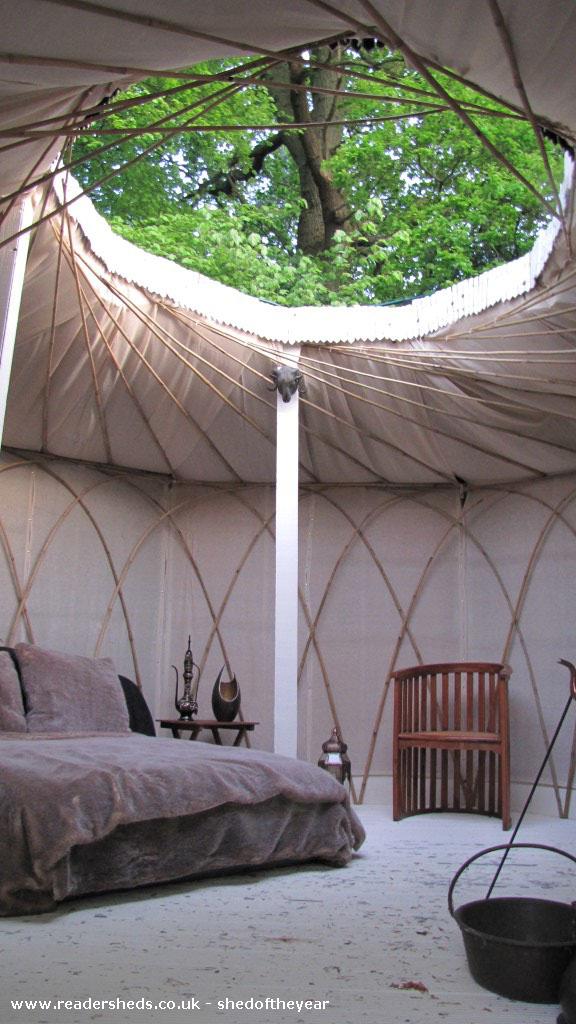 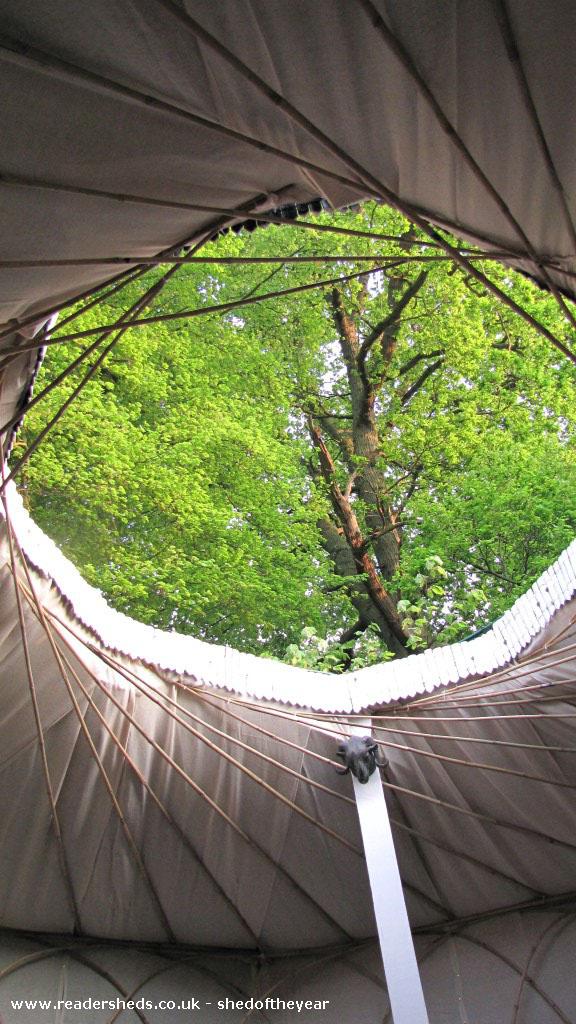 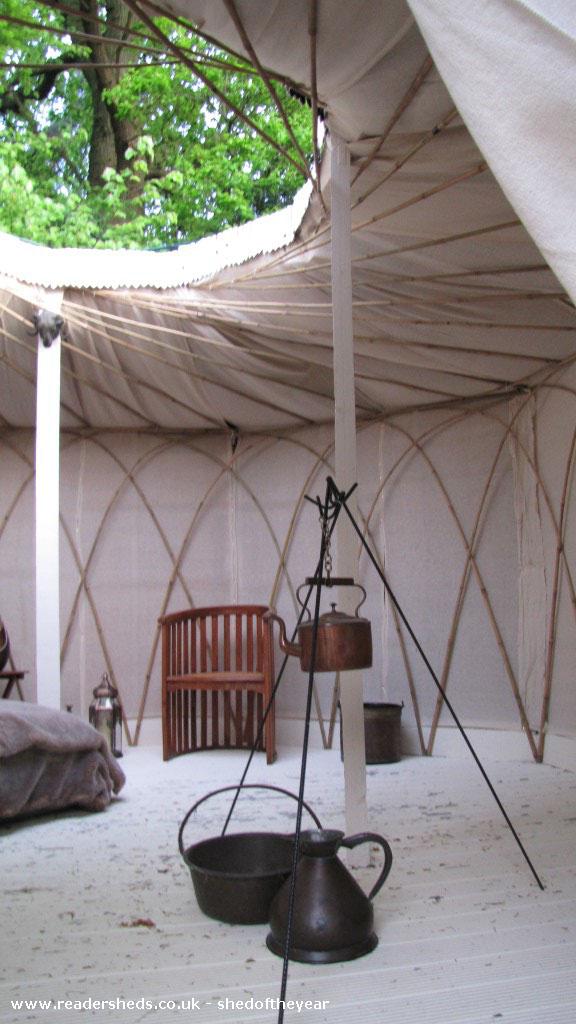 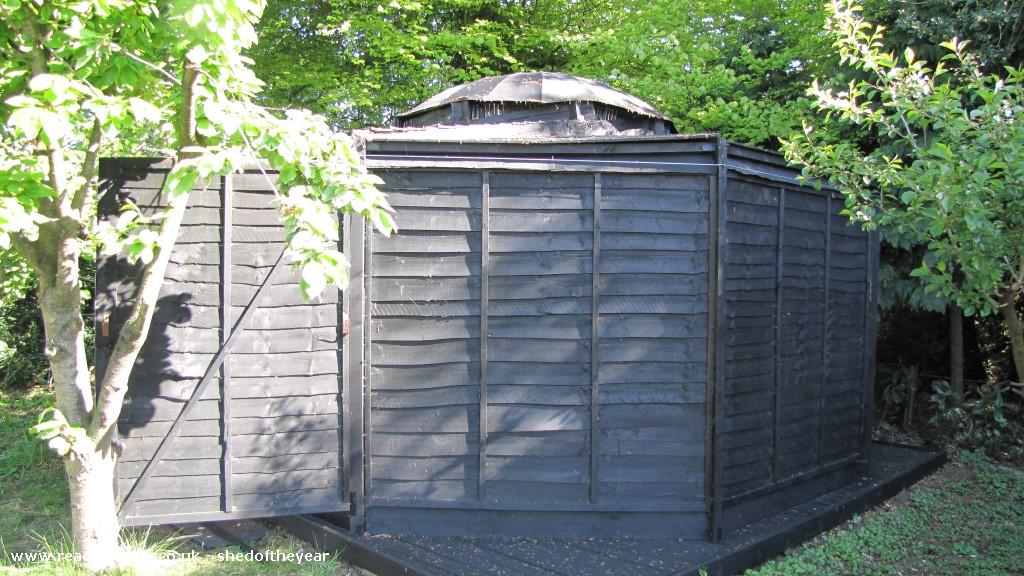 All photos are copyright of the sheddie paul martin

If this is your shed Add more photos Update shed details Lost your password?
£250 to £499

The back story: I went to Bestival 2008 which was hit by a hurricane and only the glamping yurts survived. Inspired, I set to study traditional yurt construction and then I tried to buy one but typically they were 4,000 pounds upwards. Underfunded but not discouraged, I decided to go the "non-traditional" yurt material route and see what I could produce with only 400 quid, hand tools, a DIY superstore loyalty card and a nearby pound shop. After only 9 years (don't rush me - I'm Suffolk), 4 trial versions and a 76 pound overspend - "The Yurt Locker" appeared.

Structurally, Its a 2.5m tall 4.5m diameter octagon with a spiral roof and 2.2m sky port (with removable awning) looking up into a lovely old oak.

Outside its a Suffolk black barn - but unexpectedly inside its a canvas and bamboo Mongolian yurt. It was originally planned to be used as a man cave and and shed for other DIY projects but it has been hijacked by my family as a glamping venue and trampoline gymnasium - the removable sky port awning affording the necessary headspace.

The shed has been built to a budget price and compromises had to be made. For instance, a tradition yurt is covered in felt - made from sodden and hammered animal wool. In my case this has been replaced by 6' x 6' fence panels lined with dust sheets, all from from off the shelf new stock at the local DIY superstore. The final new build costing of 476.32 pounds includes VAT but excludes deck, redundant bits and furnishings.

The design is intended to be repeatable and scalable so I'm planning a larger twelve twelve sided version if I can find the site.